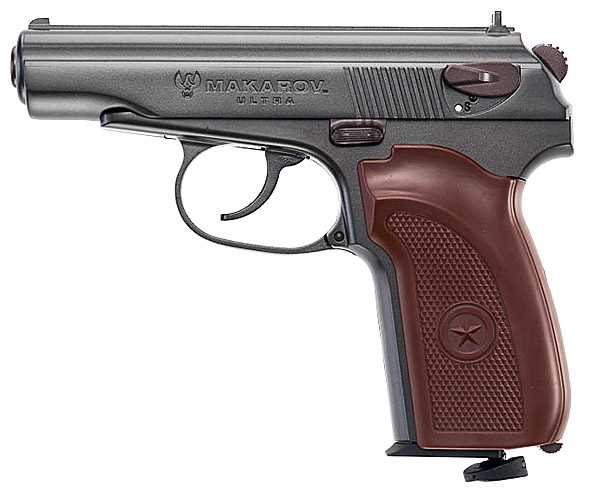 As you know, this is the accuracy test for the Makarov Ultra BB pistol — the one with blowback that’s no longer available. Will this be the more accurate pistol?

I shot the pistol at BB gun targets at 5 meters. I rested the pistol on the rubber web of a UTG Monopod and I used my reading glasses with a +1.25 diopter correction. I shot 10-shot groups with each BB and I used the same BBs that were used in the accuracy test of the Makarov that doesn’t have blowback. That’s the pistol you can still buy.

I used a 6 o’clock hold for all shots in today’s test.

Remember in Part 4 where I said “I was surprised to see that the single stage trigger pull averaged 9 pounds 2 ounces. It feels like half that.” Well, today I learned that this trigger pulls HARD! I had to switch to my middle finger to pull the trigger smoothly after the third shot. So much for how light it feels! When you’re trying to aim it feels heavy.

I noticed as I was pulling it that the hammer went backwards a fraction of an inch.  That was the spot where the trigger became very hard to pull, so there is something in the timing of the trigger/hammer relationship that’s not quite right. That’s only for this test pistol. It’s impossible to say whether that holds for all Ultras. 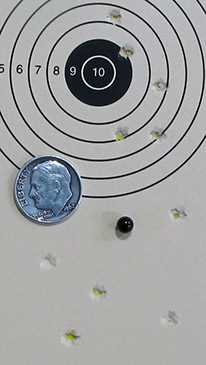 The next target was shot with 10 Daisy Avanti Match Grade Precision Ground shot. The non-recoiling Mak put ten into 3.516-inches. The Ultra put ten into 1.654-inches at 5 meters. What a reversal! This is the smallest group of today’s test. 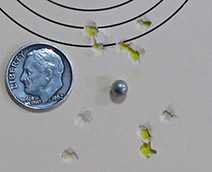 The non-recoiling Mak put ten lead Smart Shot BBs into a 1.506-inch group at 5 meters. It was the smallest group with that pistol.

Today we had a complete turnaround. The Ultra put ten Smart Shot into 5.054-inches at five meters. It was by far the largest group of today’s test and also the largest group shot by the either of the two pistols. 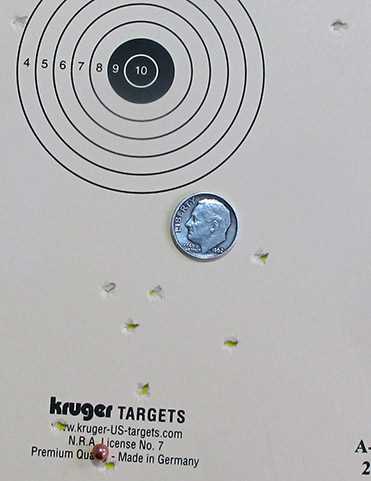 Cowabunga! That’s a large group! Ten Smart Shot went into 5.054-inches at 5 meters. Note that there are two shots that went high. Neither one was a called flier.

The last BB I tested was the Air Venturi Dust Devil Mark 2. Eleven of them went into 3.442-inches at 10 meters. Yes — I must have miscounted when I loaded the mag.

I was actually surprised by their accuracy because I thought they would have been the worst of all. They are a little smaller than the other BBs I tested. 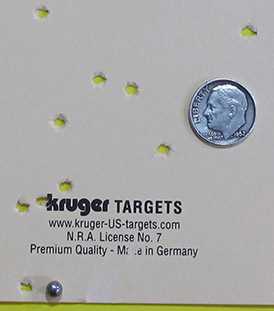 Eleven Dust Devils made a 3.442-inch group at 5 meters. I miscounted when loading the magazine. Notice the small paper tear to the right of the BB. That is a shot that only nicked the bottom edge of the target paper.

Notice that most of the shots hit considerably lower on the target than the 6 o’clock aim point. If this was a particularly accurate pistol it might be worth trying to modify the front sight to bring the groups up, but given that it isn’t I’ll not go to the trouble.

What can I say about this Makarov Ultra BB pistol with blowback? First, it’s not as accurate as the Mak that’s currently being sold — the one without blowback. That being said, it did perform markedly better with Daisy Avanti Precision Ground shot than with any other BB, so maybe there are other less costly BBs with which it will also do well.

The blowback is brisk, giving the feel of recoil with every shot. That tapers off after 50 shots or so.

The two-stage trigger is heavy and hard to pull through stage two. I noticed that the timing of the trigger and sear seemed off just a bit and that was contributing to the heavy pull. In other words, the hammer doesn’t just fall when the sear releases it; it pushes the hammer back first. Since this is a semiautomatic pistol it’s a shame when the two-stage trigger isn’t spot on, or very close to it.

The pistol shoots a bit slower than the Mak without blowback and it also gets fewer shots per CO2 cartridge. That is no doubt due to the CO2 powering the blowback which we know is quite brisk. I think Umarex struck a good compromise between the blowback and the performance, so I’ll call that one okay.

As you see on today’s targets this Mak shoots lower on average than the Mak without blowback. Since the sights are fixed you either have to live with that or modify them yourself.

That’s it for the Ultra. Our next stop is the firearm Mak that the Russians converted to operate on CO2 and shoot BBs. I hope it still holds and shoots. 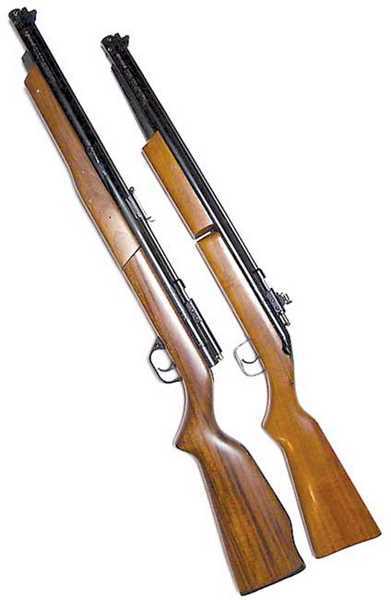