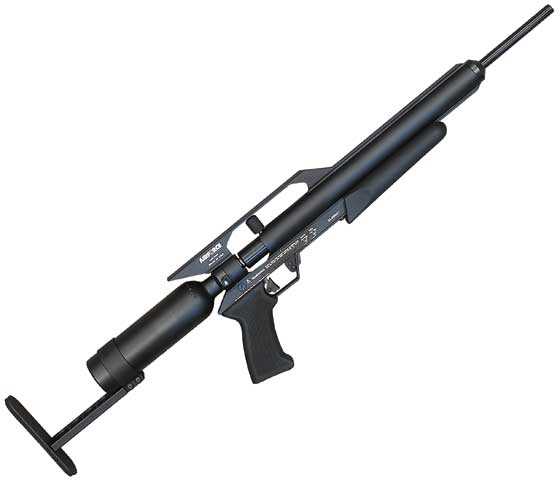 I’m still in Ft. Smith, Arkansas, filming segments for this year’s American Airgunner TV show, so today’s report will be short. After I reported the 50-yard accuracy test for the EscapeUL, blog reader Gunfun1 asked me if I had remembered to coat the pellets with Slip 2000 oil that Ton Jones likes. I had to admit that I’d forgotten, so I promised him I would. Last Friday, I went to the range and shot the EscapeUL with just the 2 best pellets — the 43.2-grain Eun Jin pointed pellet that develops the maximum power in the rifle, and the Predator Polymag pellet that was the most accurate on lower power. read more

Tarzan! This weekend, a number of readers conducted a discussion of the fictional character Tarzan and the author who created him, Edgar Rice Burroughs. I thought you should all know an interesting connection of Tarzan to airguns. His grandson, J.R. Burroughs, was a big-time airgun importer in the 1990s. In fact, he imported many of the Korean brands that are still coming in today.

When I started writing about airguns in 1994, I got to know J.R. through my writing, and I eventually met him at one of the SHOT Shows. We continued to communicate about airguns and many other things well into the 21st century. I haven’t heard from him since I got sick back in 2010, so he may no longer be involved with airguns like he once was, but he was certainly a mover and shaker in the U.S. airgun scene during the time he was active. read more