The Avanti line from legendary airgun manufacturer, Daisy, represents the company's top tier of competition-grade air rifles. They are extremely accurate and reliable despite their relatively modest price point. This sets the Avanti brand of CO2 air rifles and BB guns apart from many higher-priced manufacturers. Buy this incredible air gun from Pyramyd Air.

The Match Grade Avanti Champion 499 is for juniors (10+ years) that wish to learn shooting basics. This single shot air rifle is known as the "Official Shooting Education BB Gun by Daisy." In fact, this tried-and-true spring-powered air gun is one of the most popular "first guns" ever made. Millions of enthusiasts used the Champion 499 air rifle to learn how to properly handle and shoot a gun. While it's designed for beginners, Daisy claims it is the most accurate bb gun in the world. You know what? It might be true, because even expert shooters are amazed at what it delivers.

It's also one of the most recognizable BB guns in the world, with the classic Monte Carlo wood stock and forearm and lever-action cocking mechanism. This is a single-shot muzzleloader, and it uses a simple but ingenious magnet retainer to hold the BB in place. It has sights in the front and back to acquire a target quickly. Its best used at 5 meters (16.40'). The Champion has a smoothbore barrel, and a single-stage trigger. The hooded front sight will take aperture inserts, and 5 inserts are included.

You can get the Match Grade Avanti Champion 499 as a kit that comes with the Daisy 5899 receiver sight, Avanti pellets, and both Daisy Shatterblast targets and paper targets.

You can't go wrong with the Match Grade Avanti Champion 499 from PyramidAir!

Showing items 1-2 of 2
Sort by: Featured 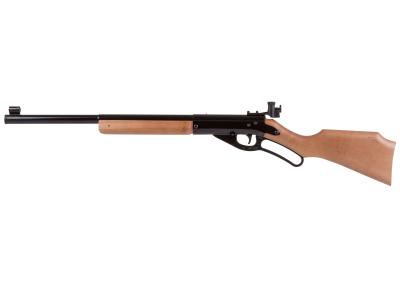 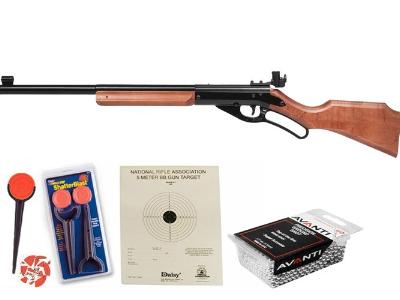