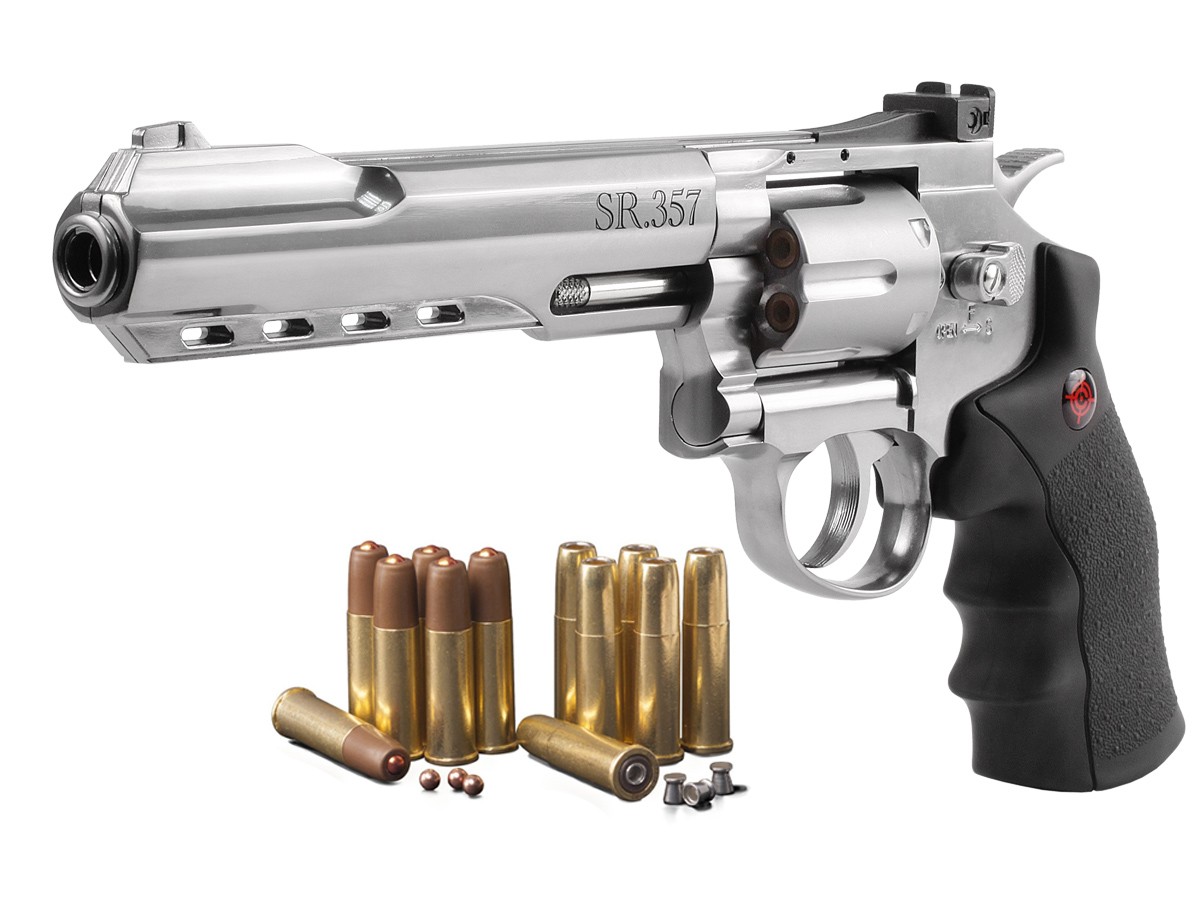 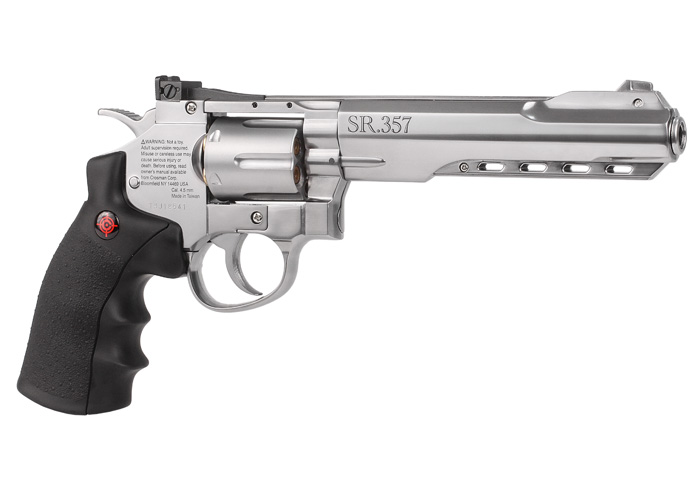 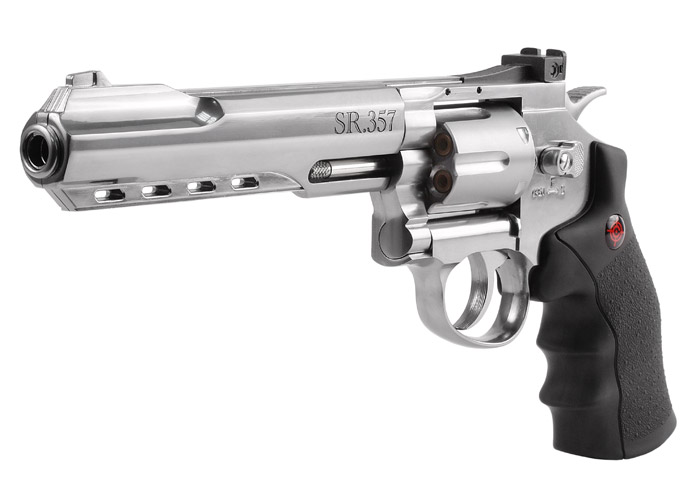 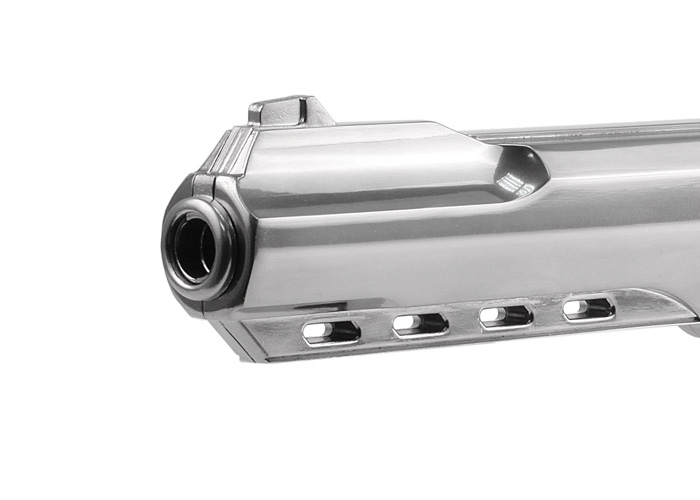 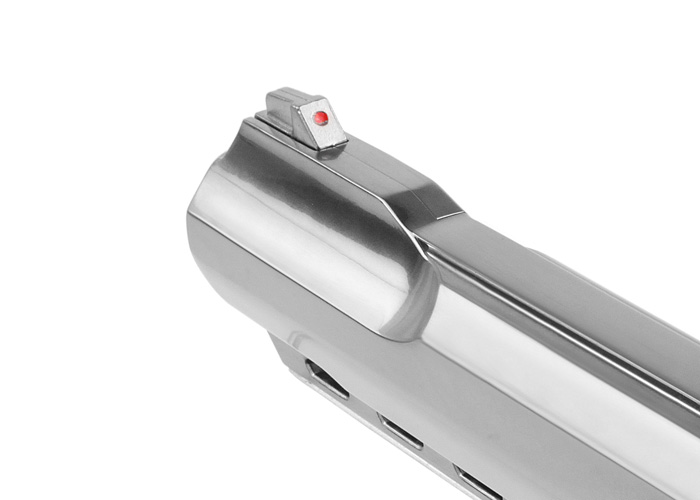 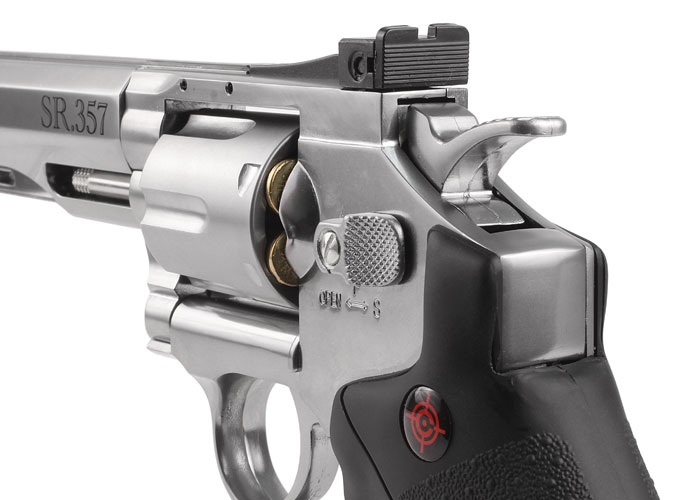 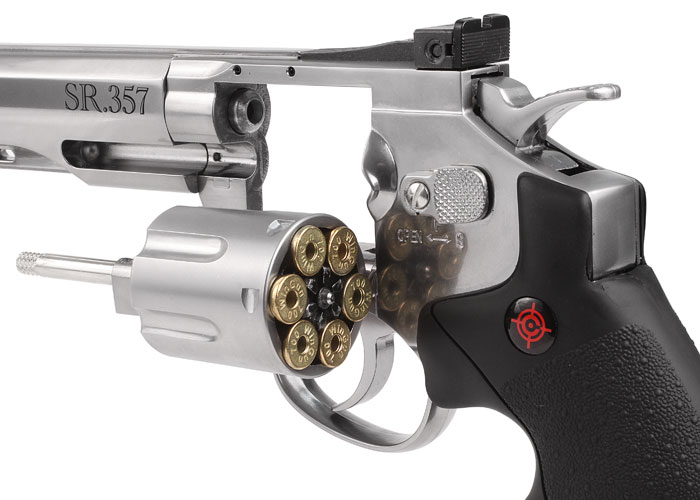 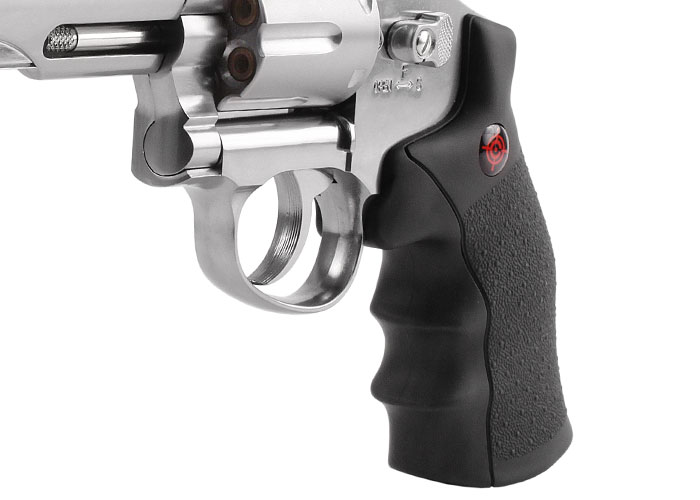 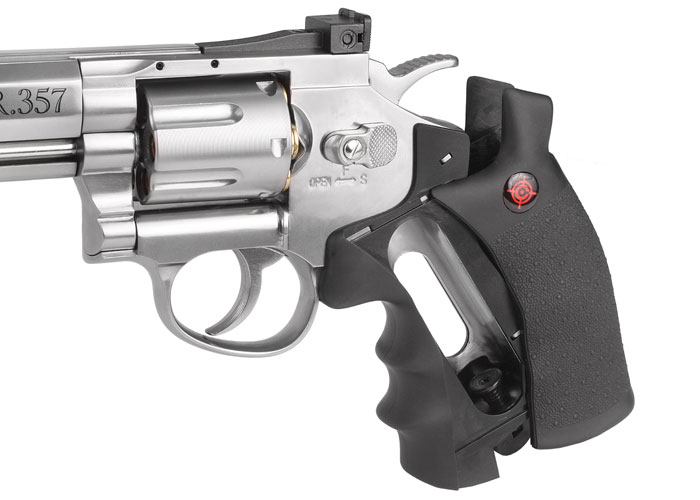 Out of stock
Estimated in-stock date 11-23-2022. Place your order now for delivery priority!

*If the gun is cocked, the manual safety will not engage. For the safety to engage, the gun must be uncocked. If you cock the gun and then try to engage the safety, you will still be able to pull the trigger and the gun will shoot the projectile!


Realism is the reason most people buy airgun revolvers. And this has it in spades!

From the working ejector rod to the firearm-like cartridge shells and swing-out cylinder, this CO2 gun is about as real as it gets. Put this next to any firearm, and you'll be hard-pressed to find any differences.

Loading the gun is so neat, 'cause you use a speedloader (sold separately) to hold and insert the cartridges (each cartridge shell holds one steel BB).  This kit includes both .177 BB and pellet shells for more shooting options and less reloading!

The Dan Wesson-branded shells and speedloader will also work well in your Crosman SR.357. So pick one up and fire away!

Out of stock
Estimated in-stock date 11-23-2022. Place your order now for delivery priority!

Realistic Love the weight and feel

Love if it came with a holster

Thank you for your comment!
Your revolver is black and the one shown is silver. Did they just send you A black one cause that's what I want?
Add comment to this review
December 17, 2018
By James

I got the gun from Pyramyd Air and the safety wouldn't release. So I called P/A, they were very good about solving the problem. From the time I dropped the first gun off at UPS to the time the replacement came was only 5 days. The second gun came, you got to be kidding me the #&!#$% safety woundn't release. So I called Crosman directly and talked to a tech., they told me to hit the safety switch with a rubber hammer, and WA-LA the safety released. The gun shoots great, the BB's are the easiest to load but the pellets seem to be more accurate. I started out with Beeman wad cutters but they were to big, they stuck in the shells and woundn't fire. So I tried Beeman Silver Bear hollow points, they worked fine. The gun is really fun to shoot, and the CO2 lasts a long time, I'am guessing over 120 shots.

Do something with the safety.

If the safety is locked and won't release when you get the gun, tap it with a rubber hammer. It takes a while for the safety to loosen up.