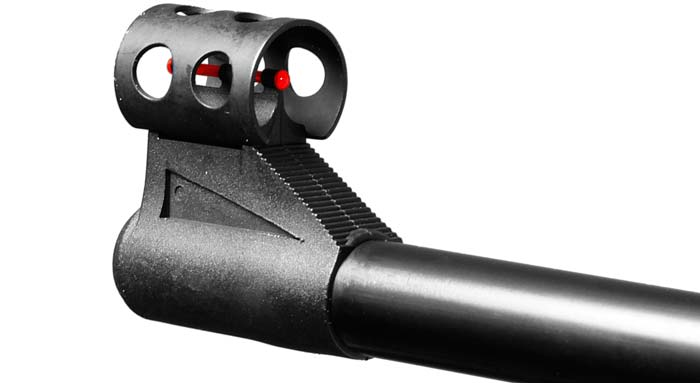 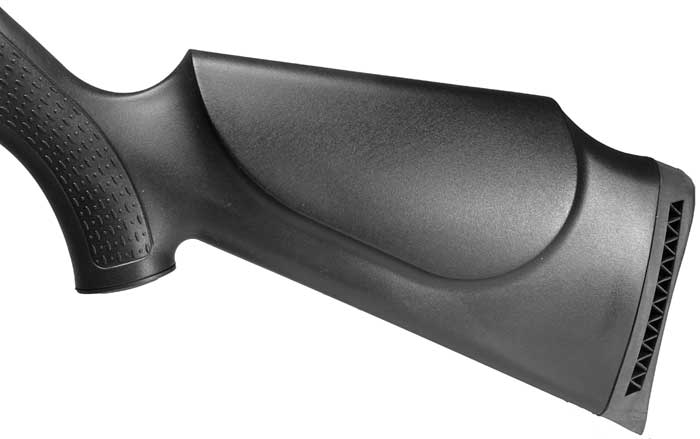 See other products by Hammerli

See other products by Hammerli

Very accurate, great looks, power, handles better than good ! Smooth cocking with less effort for so much speed. Excellent open sights. (mine came with a RWS scope too) Made in Spain.

The only thing would to be an improvement on the trigger. It's okay but needs to be a little smoother crisp. Then this would be a top notch springer for the price.

I believe this gun is RWS handed down to one of their subs. None the less this is a quality air gun at an inexpensive price and the build seems of well construction. I nailed three tree rats so far, from 25 to 35 yards ,one shot, done deal.

Great rifle for the price. It's built well, with solid lockups, fit, and finish. Blueing is good. I like the synthetic stock. It's solid, of good quality plastic. It's not hollow and cheap like the one on the Daisy/Winchesters. Built in scope stop is nice. Hood on front sight is a nice addition.

The trigger pull is a little hard. It's loosening in a little bit after about 5-600 rounds, so I expect a little more after the next 500-1000 rounds. The gun would be more accurate with a lighter trigger.

It is pretty hold sensitive, so find how it likes to be held, and don't deviate much from that. The gun also requires an extensive break in period. I have about 5-600 rounds through it already, and I'm starting to feel some breaking in, but more is needed, especially with the trigger. After 1500 rounds, I suspect it will be broken in completely. It's a nice shooter, so be patient with it. Also, you might need to shim the breech seal. I did, and the pellets have noticeably more penetration in wood (don't have a chrony to confirm). After shimming the seal, the firing cycle was smoother, quieter, and no longer had any twang. I think I got the last one in .22 and I don't think UmarexUSA is going to import anymore in .22. If you can find one, get it. It's a great shooting rifle in .22. I'm sure .177 is nice, too. But in .22, this is an excellent hunter and pest eliminator.

The Trigger pull is a bit hard so it is hard to get good groups.

I got the .22 cal and it will take down a squirrels, chipmunks, raccoons, and rabbits easy. So far i have shot 1/2 groups at 20 yards and 1 inch groups at 30 yards.