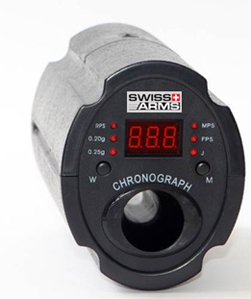 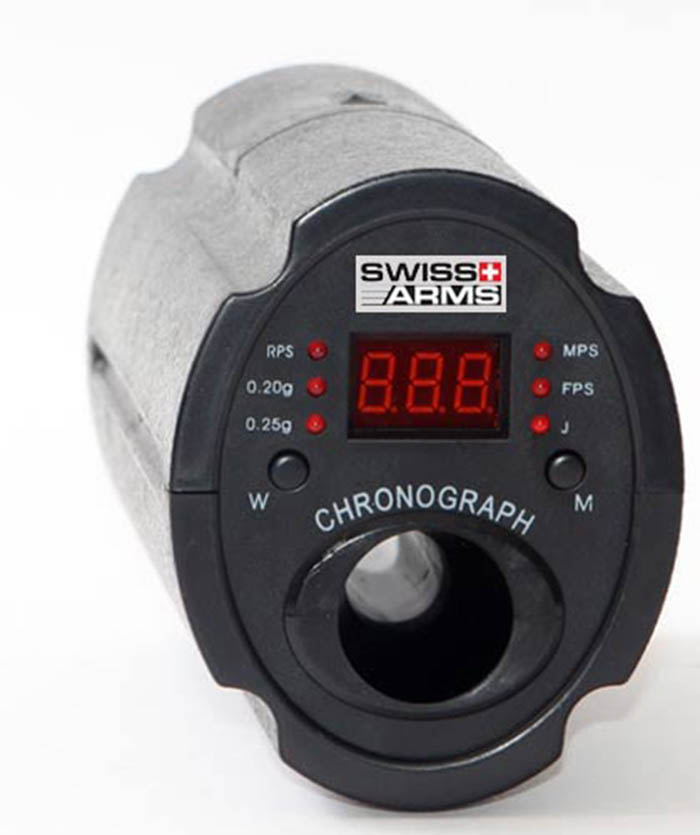 click to see more from this manufacturer
Protect your investment. See plans

It does work but not as well as it should. The instructions say it takes 4 AA size batteries the one I got only takes 2. Don't know if that has anything to do with the poor performance or not. will read about every 3rd airsoft bb from a KWA SR10 shooting around 400 FPS. will only read about 1 out of 10 shots from a airsoft TSD Tactical SD97 shooting around 550 FPS.

What ever would make it work better

Does it's job as advertised.

I shot a BB through the plastic leaving a hole in the outter shell. It still works though. It takes a while to boot up sometimes. All in all, compared to other more expensive chronos, it does the job and won't break the bank.

This is a good, inexpensive chronograph. It seems quite consistent and accurate, works very well and the LED display is easy to read. It tells you what you need to know about your airsoft gun's performance: velocity and rate of fire. I tested it against the "poor man's chrono" of recording with a computer the sound of an airsoft gun firing and the pellet impact, then calculating the time between sounds vs. the distance traveled. This chrono is within 1 FPS of my poor man's method on all tests, laboriously accounting for the speed of sound vs. altitude, etc. (There's two hours of my life I'll never get back...) It can be mounted to a camera tripod with the built-in 1/4"-20 thread mount on the bottom. It takes regular batteries; No fiddly, expensive lithiums or watch batteries required. This chronograph is made to be fitted directly to the muzzle of your airsoft gun, unlike traditional bullet-oriented ones that are made to be fired through from some distance away. The inlet port is large enough to accommodate the muzzles of most airsoft guns up to and including my L96. It is cone shaped inside to center the muzzle of your gun and help reduce incidents of shooting the inner walls of the chrono. As long as you're firing airsoft BB's through it and not steel or lead it seems completely immune to the effects of having BB's bounce off the inside walls, even when fired from very powerful guns such as my L96. Part of the appeal of this unit over various more expensive and fancier ones is its compact size -- This seems to be the most compact airsoft chrono available on the market. It fits in the water bottle compartment of my UTG messenger bag, which is very handy for carrying it to airsoft events (I keep my pistols, BB's, and magazines, and other equipment in the messenger bag).

Muzzle energy (joules) calculation is built-in, but there are only presets for .20 and .25 gram BB's. For any other BB weights you will have to do the math yourself. For some ungodly reason the chrono defaults to meters-per-second instead of feet-per-second when powered on. Rate-of-fire mode returns rounds per second, when the more commonly accepted measure is rounds per minute. Multiply the result by 60 to get this figure. The tripod thread is plastic, so I would advise being careful with it. The opening for projectiles is about half an inch across, and therefore this chrono can NOT measure paintballs (unlike the Madbull chrono). DO NOT attempt to fire anything other than airsoft BB's through it! If you're using a gas gun the blast of gas from the muzzle sometimes confuses the chrono. I find that firing from just two or three inches away solves the problem, but it takes a bit more talent to get a BB through the tube without bouncing it off the walls this way.

When I first ordered this I wound up with a defective unit. Pyramyd replaced it for me free of charge, and the replacement unit works flawlessly. This unit is capable of displaying decimals, and does so especially in rate-of-fire mode. However, there are only three digits on the display, so if you wind up with any value over 99 the decimal place will be truncated.