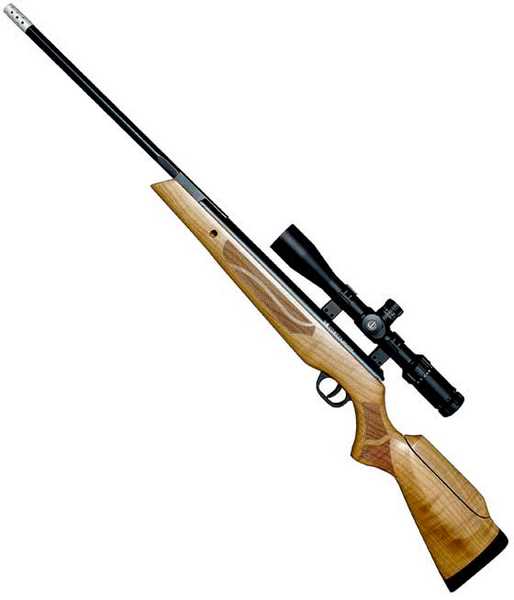 How many times do I show you a photo of the actual test rifle because it’s prettier than the example on the website? Well, this one is. The .22-caliber Cometa Fusion Premier Star air rifle has a gorgeous blonde wood stock that has a subtle fiddleback pattern running across the grain. I’m testing serial number 4243-12, but it’s on loan from AirForce Airguns and I doubt they will sell it.

The Fusion Premier Star is a Fusion action in a nicer stock with an adjustable cheekpiece. This one has a slight bias for right-handed shooters because of the low-profile raised cheekpiece on the left side, though a lefty should be able to do quite well with it. There are no bad angles anywhere. The wood is stained blonde, and as you can see in the picture, it’s attractive! The checkering pattern differs from the one on the standard Fusion. The cheekpiece adjusts via two large hex screws found on the right side of the butt. Finally, I’m going to have a rifle that fits me exactly without resorting to a Tyrolean stock. 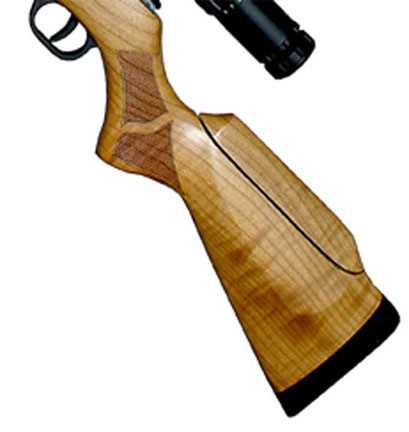 The checkering is different on the Fusion Premier Star…and isn’t that wood pretty?

Now that I know how the trigger adjusts, you can be certain that this one will be adjusted perfectly for all the testing. And I’m mounting the Hawke 4.5-14x42AO Sidewinder Tactical scope, so the rifle will have the best possible chance to shine.

A powerful air rifle
We already know that the Fusion powerplant is right on the money, as far as the advertised velocity goes. So, I assume the advertised velocity for the .22 is correct, as well. They say 1050 f.p.s.; and if that’s right, this rifle is in Beeman R1 territory for several hundred dollars less! The rifle I’m testing retails for $392.50, and a new R1 goes for $614.25.

Metal finish
Some things remain the same on the Fusion Premier Star. The metal is finished in a matte black, with the same contrasting matte silver muzzlebrake. I neglected to mention it in the Fusion report, but both the trigger blade and the triggerguard are made of plastic. They’re not offensive in the slightest, and the straight shape of the trigger blade is actually a quality feature. It makes the trigger pull feel so much more positive and controllable.

Wood finish
The wood on this rifle really sets it apart from the regular Fusion. Not only is the stain blonde, the grain of the wood looks like walnut to my eyes. It can’t be or they would advertise it for sure, but it sure looks like it. And the wood is finished in a satin finish that looks like a fine oil finish. Again, it can’t be, but it does accept Ballistol readily and develops a deeper luster after wiping with an oily cloth. The buttpad on the Premier Star is the same soft, solid, thick black pad that’s on the Fusion.

The checkering on the Fusion Premier Star is cut diamonds instead of the pressed pebble grain that’s found on the Fusion. The diamonds are sharp and really grab your hands when you hold them.

You know that the barrel is backbored and really only 11-9/16 inches long when the freebore is subtracted. We know that the rifle is accurate in .177, and I’m expecting the same in this .22 caliber. The long barrel gives you a longer lever to cock the rifle, which is why it only takes 31 lbs. to cock the gun, despite the power it puts out.

The rifle is supposed to weigh 7.5 lbs. as it comes from the box. We know, of course, to allow for small variations that are based on differing weights of the wood in the stock. The test rifle weighs 8.75 lbs. with the scope mounted. That’s lighter than a Beeman R1 with no scope, so the Fusion Premier Star really is a medium-weight spring-piston air rifle.

Sights
Just like the Fusion, you’re going to have to install optical sights of your own because the rifle has no open sights. The same 11mm dovetail grooves are cut directly into the spring tube, and there are the same four scope stop holes for a vertical stop pin. They’re located along the top center of the scope grooves.

Overall impression
Thus far, I’m very impressed by this rifle. Can you tell? The appearance, alone, would be enough to guide me to the Premier Star over the regular Fusion. And I’m assuming the performance will be just as good, though we never know that for certain until the test has been completed. I’m looking forward to this one! 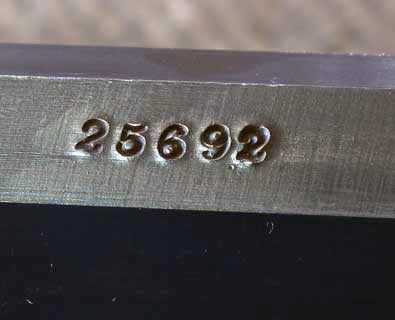