The response to the first part of this report was huge! Even in places where this blog is rarely mentioned, they had a lot to say about the new Feinwerkbau Sport air rifle. Apparently, this has become the new air rifle some people love to hate!

I say that jokingly, because there are a lot of supporters for the new rifle. But there’s also a large camp of people saying how much the airgun should REALLY cost, based on this, that and the other thing. However, in a free-enterprise marketplace, the manufacturer gets to choose the price, not the government or popular opinion. But the other side of that coin is that if enough rifles don’t sell, something may happen to the price or to the gun.

I’m not going to concern myself with that, except that, at this price, I do expect top quality. I’ll concentrate on the rifle that’s before me.

The finish
Several people asked about the level of finish on the metal. I told them it is in the Weihrauch class, which is good but not great. The metal is finished to a satin sheen and in some places it’s matte. I took a detailed photo of the spring tube, the breech block and the barrel that show 3 levels of finish. Please don’t obsess over this closeup. It’s only included to give you an idea of what I am talking about. 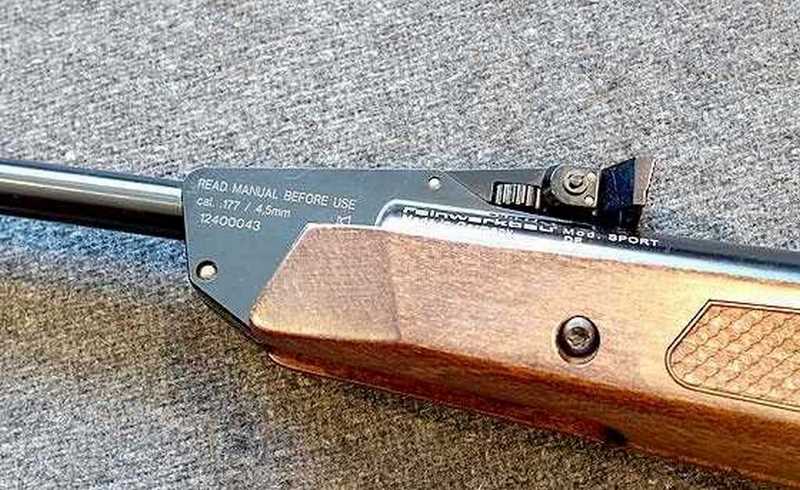 It’s difficult to evaluate the finish without having the gun in hand, but what you’re seeing is a spring tube that’s got a sheen, a matte baseblock and a barrel with some sheen.

Break-in has begun
The rifle is getting smoother to cock, and the barrel is moving smoother through its arc. I measured the cocking effort again, and it remains at 33 lbs., and now I don’t think that’s going to drop. But the powerplant does cock smoother already.

The buzzing is also reducing just a little. Again, I don’t think it will vanish entirely, but with some pellets it’s noticeably diminished.

Velocity
And, now, we come to the part everybody has been waiting for — velocity. I’ll begin with our standard candle, the Crosman Premier 7.9-grain dome. And, yes, I used the ones in the cardboard box.

Premier Lites averaged 874 f.p.s. in the rifle I’m testing. So, Feinwerkbau’s advertising is right on the money! The spread went from a low of 854 f.p.s. to a high of 882 f.p.s., which is 28 f.p.s. While that’s a little high, the rifle is brand new. At the average velocity, this pellet produces 13.4 foot-pounds of muzzle energy, which is 18.17 joules. Again, right on the money!

Air Arms Falcon pellets
The next pellet I tried was the Falcon dome from Air Arms. This 7.33-grain pellet is made for Air Arms by JSB, but on dies that are owned by Air Arms. No JSB pellet is exactly the same. In the Sport rifle, Falcons averaged 932 f.p.s. with a spread from 926 to 935 f.p.s. That’s just 9 f.p.s., which is pretty good for a brand new spring-piston gun.

At the average velocity, the Falcon produced 14.14 foot-pounds of energy, which is 19.17 joules. That’s above the Feinwerkbau claim of 18 joules. If this pellet proves accurate in this rifle, it’ll be a good one.

H&N Baracuda Match pellets
For the last pellet, I tried the 10.65-grain H&N Baracuda Match. This is a heavyweight dome that has a reputation for accuracy in lots of airguns. In the Sport, they averaged 706 f.p.s., with a spread from 691 to 716 f.p.s. That’s a 25 f.p.s. spread, which is on the high side.

I also noted that the rifle vibrated more when this pellet was shot. I don’t think this is a good pellet for the Sport’s powerplant based just on how it feels when shot.

At the average velocity, Baracuda Match pellets produced 11.79 foot-pounds of energy, which is 15.99 joules. That’s low, considering what the other 2 pellets did.

Breech locks tight as a bank vault!
Another question some readers asked was if the Sport’s breech locks light, because the vintage FWB 124 has a ball-bearing breech that some think doesn’t lock tight enough. The breech on the Sport locks so tight that you have to slap the muzzle to open it. And when it closes, it sounds like a bank vault. The secret is the shape of the detent that engages the lock. It’s very flat on top and, as a result, it takes a lot of force to open the barrel, but a slanted underside to the chisel makes closing easier. 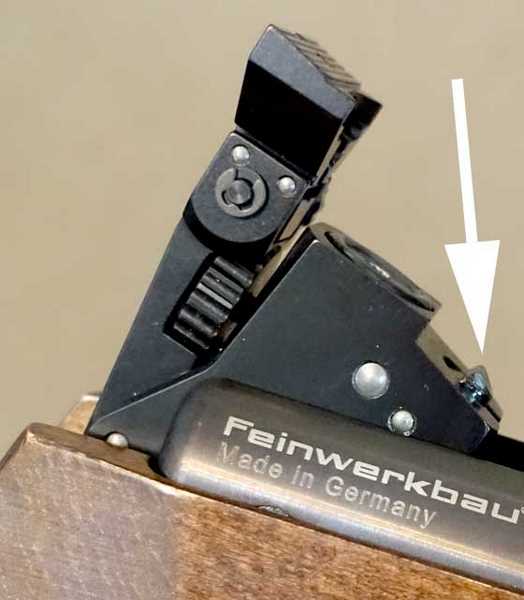 The detent that locks the breech has a flat face on top that keeps the breech closed and a sharper angle below that allows the barrel to close easier.

Evaluation so far
Today’s test reminds me of the days before Chinese breakbarrels were so common, and most airguns were being made in Germany and the United Kingdom. This rifle has quality I have not see since I tested the Walther LGV Challenger.

The trigger is beautiful and needs no adjustment. The rifle holds and feels right . The sights appear to be precise. The breech is tightly locked. If I were going to keep the rifle, I would certainly tear it apart and tune it to get rid of the vibration. At the same time, I would lubricate the powerplant and barrel with the best low-friction lubricants I could find.

What’s next?
Next, I plan to test the rifle for accuracy at 10 meters using the open sights. I’ll use the results of that test for a 25-yard test with open sights again. After that, I will mount a scope and see where that takes us. This is stacking up to be a big test, and I will keep it moving right along for you. 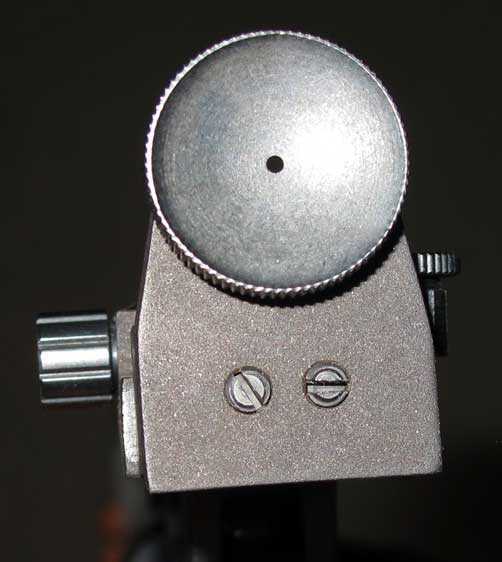