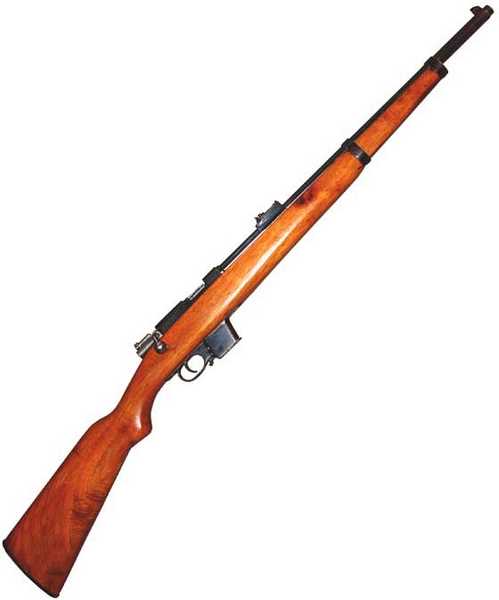 I’m going to address a question that several readers have asked about: How to buy used and vintage airguns over the internet. I’ve wanted to write this series for some time now. While I titled it “…on the internet,” a lot of what I’m going to say applies directly to Gun Broker — a large auction website. I use a tablet to browse this site anytime I am away from my desk and, shall we say, otherwise occupied? That time adds up for an old man!

I don’t just browse. When there’s a bargain, I also buy — or at least I try to. I find real bargains about one time in ten thousand listings or so. By browsing all the time, I might find a potential candidate to buy about once every 6 months. So, I’m not a big-time buyer. But by browsing a lot, I do have a good sense of what airguns sell for.

I’d like to share some of my secrets with you and will start with the biggest one of all — spelling. Or, perhaps I should say misspelling and novel spelling. I actually wrote about this a few years back, and blog reader Kevin Lentz tried it out to his delight.

Tip 1: Commonly misspelled names
We’ll start easy. The name of the airgun manufacturer in East Bloomfield, New York, is Crosman, with one letter “s” in the name. But search Gun Broker for the name Crossman and see what you find. Besides the legitimate listings, such as the books by Edward C. Crossman, you’ll also find quite a few airguns that are labeled incorrectly.

Daisy is another one. Look for guns under the listing Daisey and see what turns up. You’ll find fewer of them than Crossman, but there are still plenty. And, for those of you who are dyslexic, you might also look for Diasy. You can also do this on Ebay, where it works just as well.

Okay, let’s say that you knew that already. Most airgunners who have been in the hobby for several years do. But what about other misspellings that aren’t as common and do sometimes turn up great finds? Let’s begin with Anschütz. That’s a German name and it’s pronounced On Shuts. But how many people say Anschultz (Ann Schultz) when they mean Anschütz? Go ahead, do a search on Anschultz and see what you find! If you were looking for an Anschütz air rifle, would you know to search for Anschultz?

Or Leopold, for Leupold? Type in the first one and see how many hits you get. It’s pretty popular. Maybe Leupold should change the spelling of their name! And then there’s Walter for Walther. That one gets a lot of hits, and many of them are airguns and pellets!

Tip 2: Use an adjective
Misspelling brand names can turn up some auction listings that will be hidden from many bidders who frequent Gun Broker. This recently played to my favor when I did a search on another kind of term that I like to use.

I have observed that people who sell guns often list them with slang descriptive terms in their titles. These words are usually adjectives like spectacular and pristine. The one that helped me strike gold recently was the word minty. Now, minty is a meaningless word — both for guns and for coins. But that doesn’t stop people from using it to describe their guns. When it finds its way into the title of an auction listing, well, let’s just say that I find things others don’t.

Searching all the listings that have the word minty means I have no idea what will turn up. Most of the stuff isn’t of interest; but on the third page of listings. I saw a Spanish Destroyer — a carbine made in the 1920-1960 timeframe and used by Spanish police and prison guards. The Destroyer is a bolt-action rifle that uses a pistol cartridge — most commonly the 9mm Bergmann, which is similar in size to the .38 Super cartridge.

Pistol cartridges in rifles are common today; but in the 1950s, when I was getting started in firearms, they weren’t something you saw that often. And, the Destroyer was ideal, because it’s a bolt action. It was easy to save the brass for reloading!

Remember, I found this listing under the search term minty, so this particular Spanish Destroyer was a gem! It was gorgeous, which are 2 more search terms that can be used to uncover different results (i.e., gem and gorgeous). Best of all, this rifle was sitting there with a reasonable starting price and no bids! Also, and this is very important, there was no reserve. That means that anyone offering the starting bid would win the rifle if no other bids were received.

The first thing I did after looking over the listing carefully was enter the search term — Spanish Destroyer — to see what similar rifles were going for. Only there weren’t any! The Destroyer I had found by accident was nicer than any of the other Destroyers that were listed — some of which had starting prices double that of the one I now thought of as mine.

Long story short — I bid on the gun and won it. There was no competition. It’s now sitting in my office, and it is, indeed, a minty Spanish Destroyer. In a future part of this report, I plan to tell you how I can double my money on an investment like this. Not that I plan to. I’ve wanted a Spanish Destroyer for half a century, and now I own the nicest one I could ever possibly hope for! But if I wanted to sell it, I could get a bidding war started that would guarantee me a huge return on my investment. That will be another lesson.

Spanish Destroyer is a bolt-action rifle that fires a pistol cartridge. This one is in great condition.

Back to airguns
We’re talking about how you can shop the auction websites to find bargains in vintage and used guns, so let’s return to airguns. And the lesson today is about spelling and names. So my last tip will be about a name.

Tip 3: What’s in a name?
Let’s say you’ve read my many reports on the Diana model 27 air rifle and you decide that you want one. I’ve written about the 27 in the following reports.

Diana 27
Some thoughts on the Diana 27, the Diana 35 and what makes a good spring airgun
Diana 27 — a golden oldie

You could cruise the auction sites and classified ads looking for a Diana 27, but how many of them would you miss? Would you know, for instance, that a Beeman Original 100 is a Diana 27 under a different name? How about a Hy-Score model 807, which is by far the most common name for the Diana 27 in the U.S.? Or what about a Winchester model 427?

If you owned a copy of the Blue Book of Airguns and looked at the the Dianawerk Comparable Model Numbers chart in the back of the book, you’d know this.

More
I could say a lot more about searching for airgun bargains and using misspellings of the name, along with searching descriptive adjectives. For example, I’ve completely ignored the seller who refuses to list his guns by its right name. A Daisy 1894 BB gun will become a Western Winchester Gunfighter Pellet and BB Rifle. I’m not kidding — I have just gone through this, and I’ve seen things very similar. The collector is searching for a Sheridan Model A pneumatic that he also knows to call a Supergrade, but the dealer who hasn’t got a clue lists it as an Old Benjamin Sheridan BB Gun. I would say that he doesn’t care; but since he’s trying to sell something, you’d think that he’d want the most people to know about it.

How about the seller who insists on calling his Zimmerstutzen rifle a Zimmer Schuetzen. Folks, a schuetzen rifle is a large-caliber centerfire target rifle for the outdoors. A Zimmerstutzen is a 4mm indoor target rifle. One is not the other. They have specific names that do not cross. Yet, there are gun dealers who apparently cannot care less. This bodes well for the person who wants to find bargains, because there won’t be much competition.

I’ve just started scratching the surface of this topic. There are ways of revealing the dishonest dealers, ways of evaluating the real value of a gun, ways of selling a gun successfully for a lot more money than you might think is possible and much, much more. I’m not trying to entice you into buying airguns this way, because it’s not for everyone, but there are a fair number of airgunners who want to learn this stuff. And this series is for them.

In the future I will also address the other websites where used airguns are bought and sold. I’ll give you some of my best tips for shopping on those websites, as well.

64 thoughts on “Buying and selling airguns on the internet: Part 1”