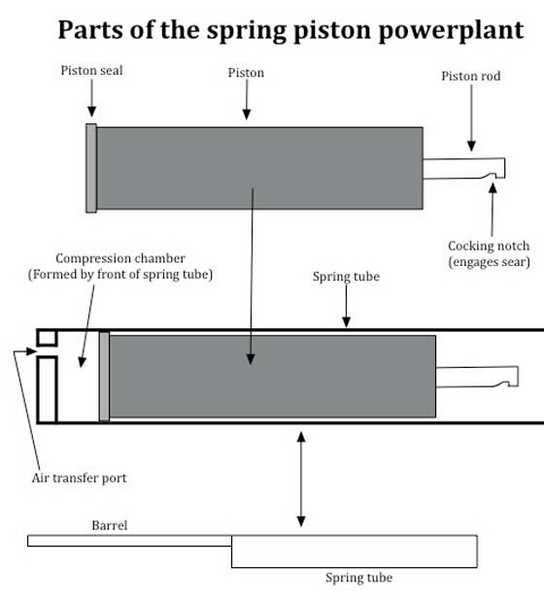 I’m going to look at how triggers interact with pistons in spring guns today. I thought some of the blog readers may not be aware of some of the subtleties of sears and triggers as they relate to pistons.

A center-latched piston has a rod in its center that in some way gets latched or “caught” by the sear. When it’s latched, the sear restrains the full force of the mainspring. That can be well over 100 lbs. of force in the case of a coiled steel spring, or several hundred psi of gas pressure in the 2-piece expanding cylinder of a gas spring. The sear prevents the piston from moving until it’s released by the action of the trigger.

This drawing shows the piston rod with its notch, which catches the sear.

Here’s a piston with a center-latching piston rod. Pardon the crud, but this came out of a very dirty rifle.

Any trigger that holds this kind of piston has to catch that notch in the piston rod. The Rekord trigger is the most famous, but there are hundreds of different triggers that do the same thing. 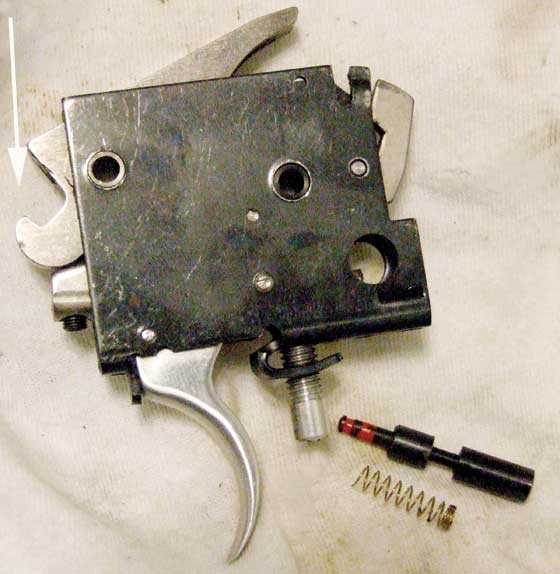 The Rekord trigger has a latch that catches the notch in a piston rod (arrow). When the gun is cocked, the piston rod pushes down on the long silver lever, bringing its latch up into engagement with the notch in the piston rod. The separate pin and spring are the safety.

Another type of center-latched rod uses 3 ball-bearings that are forced into a groove in the end of the piston rod. The sear holds the metal cage that holds tension on these 3 bearings. When the trigger releases the sear, the cage moves, releasing the ball bearings. The effect is the same as far as the shooter’s concerned. The piston is pushed forward by the spring. 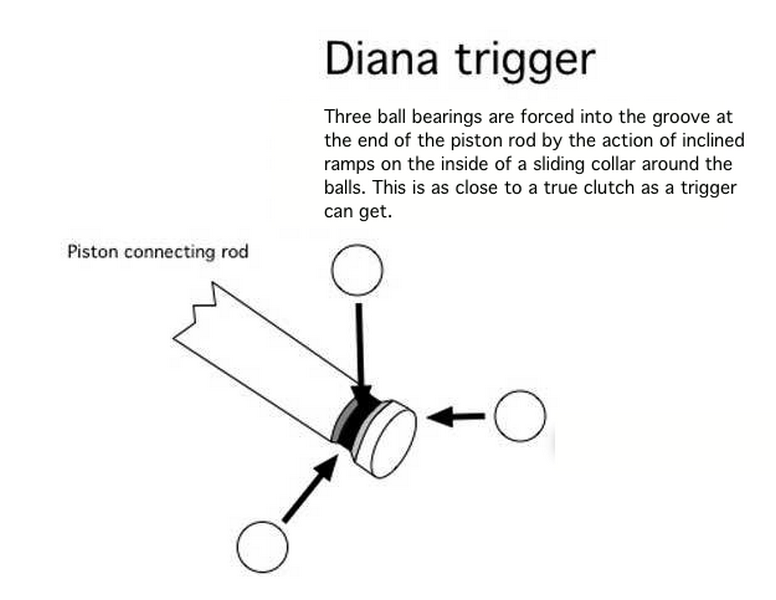 Diana’s ball bearing trigger is crisp and easy to adjust, but the design was overly complex to build. 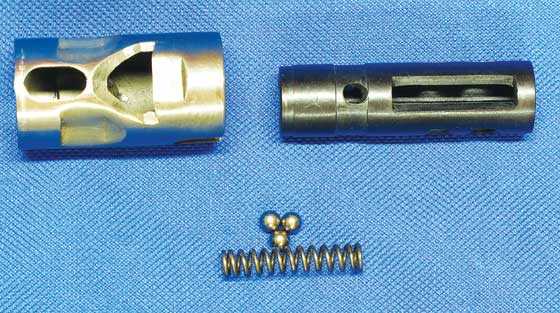 These parts make up the Diana ball bearing trigger. The black cage slides inside the silver cage and forces the ball bearings into the groove of the piston rod. 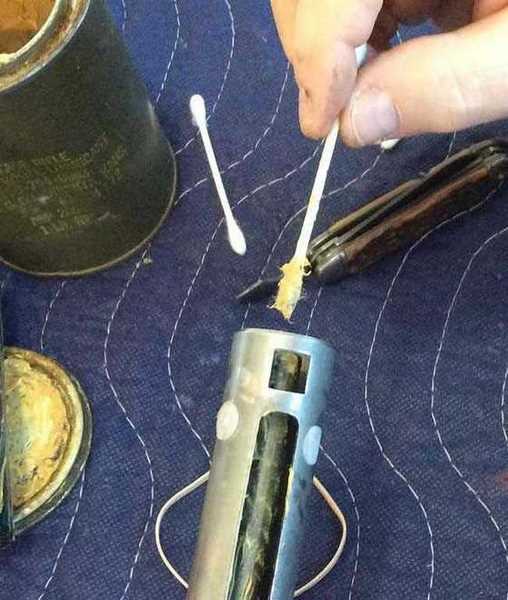 This is the rear of the Diana 45 piston, and the square hole in the piston skirt is what the sear catches. Notice that there’s a piston rod, but it’s only a spring guide.

The side-latched piston has to be kept aligned with the sear so it’ll catch. The cocking slot is what holds the piston from rotating inside the spring tube. Side-latched pistons aren’t nearly as common as centrally latched pistons. They’re usually found in families of airguns, because one trigger unit works with all of them.

Now that you understand the 2 different piston-latching methods, do you see how the trigger for a centrally latched piston would not work with a side-latched piston? The sear would be in the wrong place.

The pistons in gas-spring units all latch on the side. It’s impossible to convert a side-latched gas spring to work in a spring gun that has a centrally latched piston. Or, if not impossible, it hasn’t been done to my knowledge. Maybe someone has done it. If so, they’re keeping it a secret.

There’s a lot more to triggers and pistons that I haven’t touched on in this report, but now you should know the differences between the centrally latched and side-latched pistons.

63 thoughts on “Pistons and sears”