Home > Blog > History > The development of the .22 rimfire cartridge: Part 4

Today we will look at the .22 Winchester Magnum Rimfire (WMR). round. An argument can be made for it advancing the rimfire cartridge in significant ways. Then I will address the hyper velocity rounds in the Long Rifle class. And finally I’ll give a quick nod to some specialty rounds. Let’s begin.

This cartridge was launched in 1959 by the Winchester corporation. It received a lot of immediate attention from the gun press, as well as from little boys like me. I wasn’t able to buy firearms in 1959, so it would be a couple decades before I actually shot a .22 Magnum, but all the gun journals were loaded with stories from guys who could and did shoot it. So, I read and dreamed. 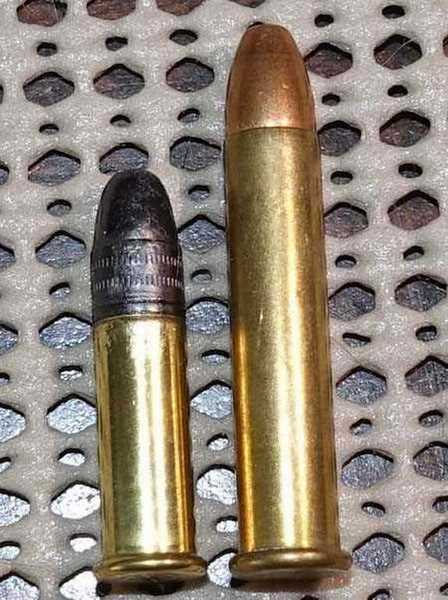 The original cartridge was a lengthened .22 WRF case, but the metal was strengthened to take higher pressures. The first bullet was a 40-grain full metal jacket, soon followed by a 40-grain jacketed soft point. Velocity from a 24-inch rifle barrel was 2,000 f.p.s. Compare that to the 1,250 f.p.s. that high speed .22 Long Rifles rounds were getting at the time and you can see what an advance it was.

Like the WRF, the WMR round was not loaded with a heeled bullet, so the bore diameter was 0.224-inches instead of 0.2225-0.223-inches for the Long Rifle. That made converting an existing .22 Long Rifle firearm impossible. The bore would have been too tight, leading to excessive pressures. It also made “convertible” guns that shot both cartridges, like the Ruger Single Six revolver, less than accurate with one or both rounds.

Oddly, Winchester was not the first to produce a firearm for their new cartridge. They waited until 1960 to bring out their model 61 slide-action repeater, and by then both Ruger and S&W had revolvers for it, plus Savage was chambering their model 24 combination gun for it.

Not only was the cartridge more powerful, it also extended the useful hunting range of the .22 rimfire round by at least 25 yards, and more realistically, 50 yards. It was between the .22 Long Rifle and the .22 Hornet centerfire cartridges.

Accuracy at first was nothing to shout about. One-inch groups at 100 yards were impossible with the .22 Mag. Slowly over the years this did improve and today the .22 Mag. will keep pace with the .22 Long Rifle at 100 yards. And of course it has a much farther useful range. And the convertible gun thing that shot both .22 Long Rifle and .22 Magnum seems to have been resolved, as well. Like anything new, development takes time.

The .22 Mag round costs roughly twice what the Long Rifle costs, or even a little bit more. If anything, the cost of ammo has kept the cartridge from the overwhelming success of the smaller Long Rifle round. So people don’t buy a .22 Magnum to plink with. Unless they just shoot it once a year they probably use it for hunting.

I was once writing a feature article for Shotgun News about a new .22 Magnum semiautomatic and my editor walked me over to the CCI booth at the NRA show to tell them to send me some ammo. They sent two 500-round bricks! I still have some of that ammo many years later. Without that kind of support it would be hard for me to justify shooting this round.

The .22 Magnum didn’t stand still, either. Not only was the initial 40-grain ammo upgraded over the years, other loadings were added to the lineup — everything from a 30-grain polymer-tipped spitzer bullet that goes 2,250 f.p.s. to a 45 grain jacketed hollowpoint that is subsonic. Shades of the .22 WRF! There is even a shotshell. But the advances aren’t as broad as they are for the .22 Long Rifle round, and that is because the demand for .22 Magnum is just a fraction of the market for the smaller cartridge.

One thing that kept the lid on the .22 Magnum round was the introduction of .22 Long Rifle rounds that delivered much higher velocity. First to market in 1967 was the .22 Stinger from CCI. Offering a 32-grain bullet that leaves the muzzle at 1,640 f.p.s. and is safe to fire in all modern .22 rifles that are in good condition, the Stinger featured a teardrop cavity in its nose that ensured devastating expansion in small game. The Stinger case is longer than the Long Rifle case 0.71 to 0.595-inches, but the shorter bullet compensates for the length.

Other hyper velocity .22 rounds have bullets that are even lighter (28 grains) and travel even faster — up to 1,800 f.p.s. If it’s speed you’re after, these rounds are a less expensive way to get it. However, be aware that there may be an unwanted consequence. Hyper velocity rounds may not be as accurate in a given rifle as standard and high velocity rounds. And, they are next to useless in handguns, because the powder they are loaded with needs a longer barrel to burn completely. All you get is a large muzzle blast of powder burning outside the barrel.

Besides everything I have covered there are several specialty rounds on .22 rimfire ammunition. One is the shot cartridge that’s loaded with a pinch of number 12 shot, or what was once called dust shot. The range is very limited because of the light weight of the balls. I had zero luck with them against carpenter bees.

Then there are a number of match rounds that cost considerably more than any other .22 rimfire ammo. You pay for the additional care that goes into managing the production of these rounds, and the cost can be 5 times higher.

That’s about it for .22 rimfire ammo. This 4-part series has taken us from the invention of percussion powder in 1805 up to today’s production that numbers in the billions of rounds each year. The .22 rimfire cartridge is the most significant cartridge ever produced, and it’s influence continues to expand even today — 161 years after Smith & Wesson introduced the .22 Short to the world.

Several reader have asked me to write another series that includes the .17 rimfire rounds. It won’t be as long, but it will certainly be interesting. 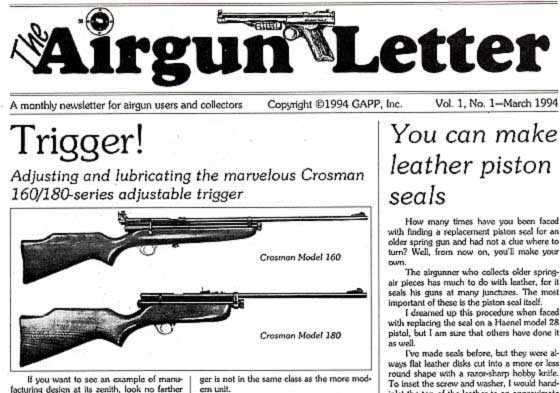