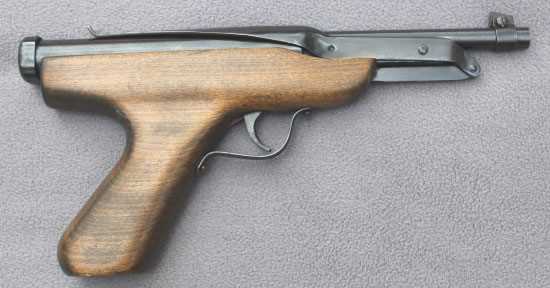 Today’s report is Part 1 of a guest blog from reader Paul. He’s going to tell us about his Stiga Zenit — an airgun that many will not have heard of, including me.

Over to you, Paul

The Stiga Zenit is a close copy of the pre-WWII EM-GE Zenit pistol from Germany.

For some reason I have a soft spot for offbeat airguns, and the Stiga Zenit is a good example. The Swedish-made Stiga Zenit is a nearly identical copy of the original, EM-GE Zenit from Germany. The EM-GE pistol was made from 1936 until 1939 or 1940, its production being ended by the start of World War II. Stiga’s version had a much longer run, from 1949 until 1969. Milbro also made their copy of the Zenit, called the Diana Mark IV, and the Milbro G4 and G4S (smoothbore), from 1950 to 1977. Fortunately Chambers of England still sells a number of parts that work in all Zenit variants. The original EM GE Zenit is not terribly common in the USA, but one or two come up for sale on the usual auction sites each year. The Stiga copy is rarer, still. 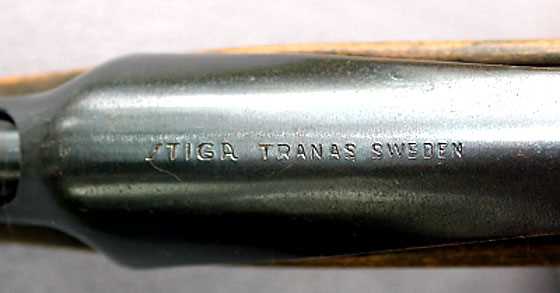 The Stiga name and place of manufacture are stamped on the cocking lever. 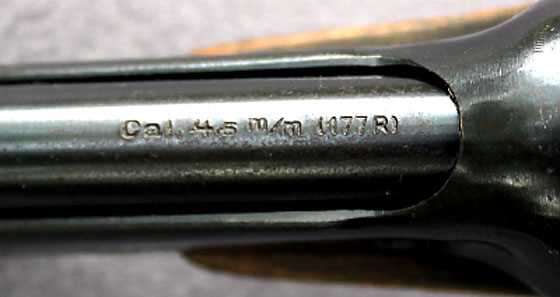 Larry Hannusch wrote an in-depth article on collecting the Zenit in Tom Gaylord’s Airgun Revue Number 2. It is a good read if you are interested in this air pistol.

The Zenit is a spring piston airgun with an overlever cocking arrangement similar to a Beeman P1 or a Cometa Indian. Unlike those pistols, the compression chamber on the Zenit is directly behind the barrel, not beneath it. The piston uses a conventional leather seal that must be periodically oiled. All Zenits are .177 caliber, although Larry’s article mentions the existence of at least one 5mm (.20 caliber) example.

The Zenit is a medium-sized air pistol, about the same size as a Crosman 150. It is 11 inches long, weighs 28 ounces, and is made entirely of steel and wood, with a nice, solid feel. The grip angle is perfect for offhand work and the pistol balances nicely. The five-inch barrel is rifled with ten shallow grooves and is all steel, whereas the original EM-GE Zenit had a brass-lined bore.

According to the Blue Book of Airguns, Stiga made three versions of the Zenit. The first model used a one-piece wood stock, like my pistol. The second version substituted brown plastic grips; the final Zenits had blue-gray plastic grips, a heavily-reinforced cocking lever and a modified rear sight. The Blue Book describes the first Stiga Zenit as being a smoothbore but mine is definitely rifled. 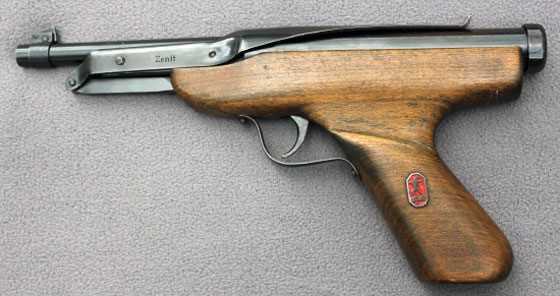 The left side of the wood stock has a mild thumb rest and the Stiga medallion.

A Stiga medallion is attached to the left side of the grip. There is also a very mild thumb rest that does not interfere with shooting left-handed. 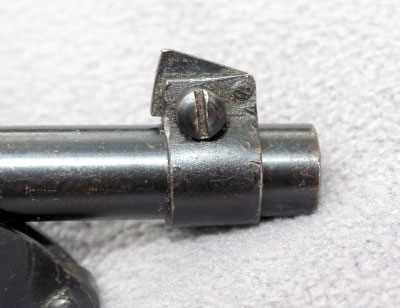 The front sight is a simple post; all sighting adjustments are made here. 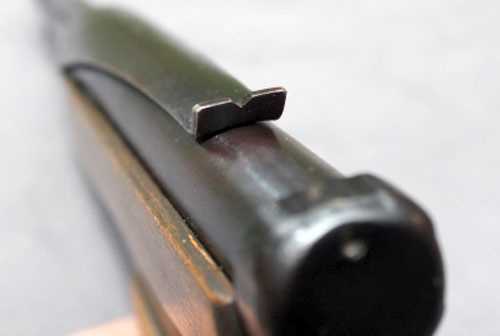 The rear sight is a wide notch at the end of the cocking lever.

Since the rear sight is also the turned up end of the cocking lever, it cannot be moved. All sighting adjustments are made by moving the front sight. Raising the front sight makes the pistol hit lower and moving the sight to the right sends the pellets to the left. Where the EM-GE front sight has graduation marks, the Stiga version is unadorned. Windage changes are accomplished by loosening the pinch bolt on the front sight and rotating the sight as needed. The sights are simple but quite usable at the shorter ranges at which this pistol will be used.

The single stage trigger is all metal with rounded edges and is comfortable to use. The pull is a bit heavy at six and a half pounds, but it is smooth. A narrow blade makes the pull feels heavier than it really is; a trigger shoe would really help. Although the Zenit has no safety it does have a simple anti-beartrap mechanism that prevents the pistol from being fired unless the top strap is in the closed position.

Too perfect a copy

One area in which the Stiga exactly copies its predecessor is the end cap design; only four lugs and tension from the main spring keep the power plant buttoned up. There should be a small pin in the rear of the spring guide that enters the hole in the cap to lock it in place, but that is not present on my pistol. The end cap is otherwise free to rotate. The Zenit’s main spring has a good deal of preload, and due to this tension the cap will not turn easily. With a worn spring my guess is that the cap can rotate during firing and fly straight back at the user – ouch!

The pinhole in the cap of my pistol lines up with the rear sight notch making it simple to check for unwanted loosening on each shot. Even so, I am a little nervous when shooting the pistol. It’s just another good reason to always wear shooting glasses! It should be noted that Milbro modified the rear cap design to eliminate this flaw on their Zenit clone. 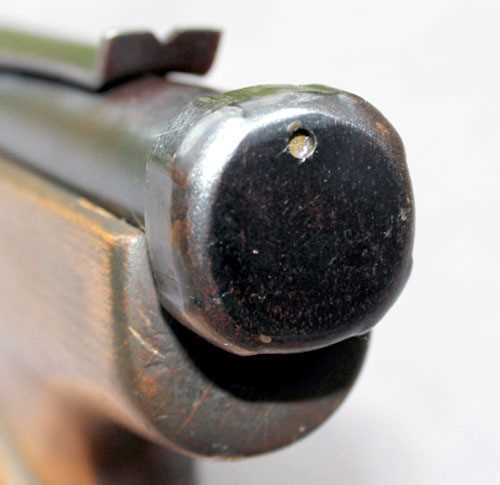 The Zenit’s Achilles heel: only friction holds this cap (and the mainspring) in place!

I have broken Paul’s report into two parts, and we will end here today. Part 2 will run on Monday, when he tells us about the pistol’s operation, power and accuracy.