…and sometimes you eat the bear! As I reported in Part 2 nearly a month ago, the breech seal of the El Gamo David was old and suspect. It was damaged by removing it for inspection. I ordered the replacement breech seal for the rifle from TW Chambers in the UK. It was at my house in less than two weeks. 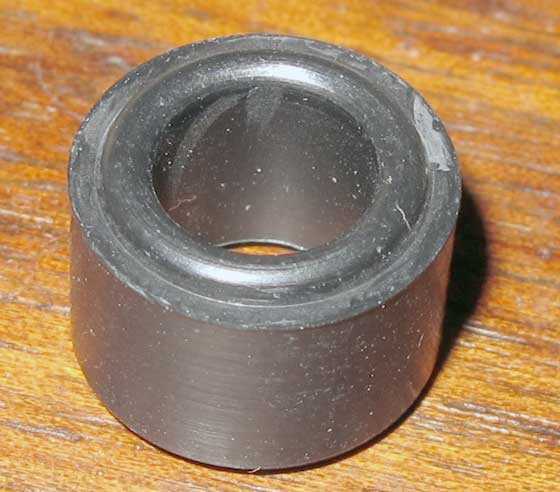 The El Gamo seal from TW Chambers arrived in less than two weeks.

When I saw the new seal I could see that it wasn’t a simple one. El Gamo had formed what looked like an o-ring on top of the much taller seal, which confused me when I first started to take the old seal out. At first I thought it was just an o-ring, but as more came out of the hole and I saw how large it was I thought that it had somehow deformed the top into that shape in the gun over the years. Neither of those was the case, though. El Gamo had made it that way intentionally. There must be a technical advantage to the size of the seal, but I don’t know what it is. Why didn’t El Gamo just cut a shallower groove in the breech and use a commercial o-ring? Like I say, there must be an advantage to doing it this way — I just don’t know what it is.

After ordering the new seal I learned that El Gamo had made this seal in three different sizes — small, medium and large. I wasn’t sure which size the David seal was, though it was so large I felt it had to be the large one.

Then reader Gnom256 contacted me, offering to send me a breech seal for the Gamo Maxima (no longer stocked by Pyramyd Air), which he said should fit the David, as well. Now, Gnom256 lives in Moscow — nearly half a world away from Texas, and since I already had a seal en route I normally would have said no thanks, but because these breech seals came in three sizes I felt it would be good to have options if the Chambers seal didn’t fit. I told Gnom256 what I had learned and he sent me the dimensions of the seal he was sending. It was 10mm high, 7.7mm inner diameter and 14mm outer. I measured the David seal and found it to be the same size so I asked him to please send me a seal, as well. He sent me five! And they are a perfect fit 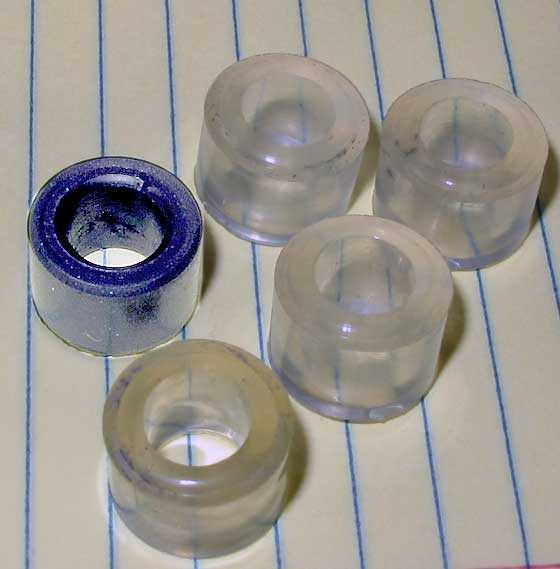 Reader Gnom256 sent me 5 breech seals for the El Gamo David. They are a perfect fit.

The Chambers seal fits the David almost perfectly. It is about 1mm too short, and a thin credit card shim (0.73mm/0.0287-inches) underneath the bottom raises it up to the right height. So the David now has a new breech seal of the correct height.

Now today’s velocity test can begin. In Part Two I had just tested the H&N Finale Match Heavy pellet and got an average of 480 f.p.s. for a string of ten. The low was 464 and the high was 487, so the spread was 23 f.p.s. Then I examined the breech seal and damaged it while removing it, so I decided to replace it. This is where we will start today.

I started with the same pellet as in Part 2. Ten H&N Finale Match Heavy pellets now averaged 471 f.p.s. The low was 460 and the high was 486 f.p.s. So the spread was 26 f.p.s. At the average velocity this pellet generates 4.03 foot pounds at the muzzle. Compared to the rifle with the old breech seal the rifle with the new seal is slightly slower, has a slightly broader variance and generated slightly less energy at the muzzle. Sometimes when you do things like I did they don’t turn out like you expect, but how was I to know that before doing it?

The next pellet I tested was the 8.2-grain RWS Meisterkugeln Rifle wadcutter. Ten of them averaged 449 f.p.s. The low was 431 and the high was 464 f.p.s. That’s a spread of 33 f.p.s. At the average velocity the muzzle energy generated was 3.67 foot-pounds.

At this point in the test I decided to see what effect seating the pellet deep in the breech would have. So I pushed each pellet into the barrel with a ballpoint pen. This time the same 7.87-grain H&N Finale Match Light pellet averaged 516 f.p.s. Wow — an increase of 33 f.p.s.! The spread for this string went from a low of 511 to a high of 521 f.p.s., so a difference of 10 f.p.s. At the average velocity the deep-seated pellet generated 4.65 foot pounds of energy.

Clearly the David seems to “like” its pellet seated deep. The velocity increased, the spread decreased and of course the energy increased with the velocity. So, from this point on in the test, I seated all pellets deep with a ballpoint pen.

I tried to test RWS Hobbys but they fit the breech so tightly that I was unable to seat them deep. Two 7-grain Hobbys generated 449 and 445 f.p.s. and I stopped testing them after that.

The last pellet I tested was the 7.33-grain dome Falcon from Air Arms. These fit the breech well and averaged 551 f.p.s. when seated deep. Wow! Better yet, the spread for a 10-shot string went from 541 to 553 f.p.s. — a difference of just 12 f.p.s. At the average velocity the Falcon generated 4.94 foot-pounds — the highest energy seen in the test thus far.

But best of all, the Falcons shot incredibly smooth! Only a few times in my experience have I experienced a pellet that shot this smoothly. This is definitely a pellet to watch for the David!

With every pellet tested, deep-seating was the way to go. The difference was dramatic in all areas. I believe we now have not only a good performance baseline on the David, we also know a lot more about how to operate it to get the best it  has to offer.

I did the cocking effort in Part 2. The David cocks with 15 pounds of effort. But I didn’t test the trigger pull.

The David trigger is two-stage. Stage one takes a pull of 1 lb. 9 oz. When it stops at stage two the stop is definite. Stage two releases at 5 lbs. 8 oz. I wouldn’t call the trigger release crisp, but it is consistent. The pull feels heavy for as light as this rifle is. Maybe I should pop the stock and see if I can lubricate the trigger parts before shooting for accuracy.

We are now caught up on the El Gamo David. It is performing well, though a brand new one is probably a little faster, but not enough to worry about it. With the Falcon pellet the David shoots as smooth as any spring piston rifle I’ve ever tested.

Accuracy comes next, with perhaps a brief excursion into the powerplant — or at least the trigger. 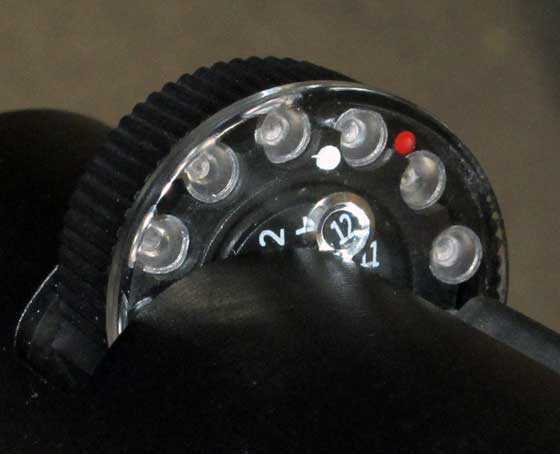