We’re back at it with the Seneca Eagle Claw. If you remember, the first one lost all its air when it was filled. I have filled this one already with no problems, so the test continues.

This Eagle Claw is a little different than the last one we looked at. For starters there are 11 detents on the power adjustment wheel, where last time there were only 7. And this one came with two manuals — one by Air Venturi and the other by Sam Yang. The hang tag says this is a Sumatra Eagle Claw, so everyone who thought this rifle descended from the Sumatra was right. The serial number of this one tells me it is a later rifle, so it’s probably more like what you will get if you buy one.

The last difference with this rifle is the Foster fill nipple. Where the previous one was super-hard to get either of my tank hose fittings to attach to, this one is easy. So I think we are on the road to a good test.

I won’t be able to complete the velocity test in a single report. There is just too much to do. Adjustable power always makes an airgun more flexible, and I like to look at as much of that as I can without going overboard. But I have a thought about how to proceed.

Of course I will test the rifle at its limits — the highest power and the lowest. But then I will test the rifle at the power lever I would like. That would be somewhere around 800-850 f.p.s. with a .22-caliber pellet that I will assume will be accurate. If this was my rifle, that’s how I would set it up and shoot it. I have an AirForce Condor and an Escape for real power. What I want is an accurate rifle that has a lot of shots. You may want something different and I will test the limits for you, but that is what I want.

The Eagle Claw magazine is loaded from the front, pellet skirt first. I have to admit that I forgot that since the last time I tested the rifle. I loaded it from the back the first time. You can do that but the magazine doesn’t work right if you do. The rotating cylinder doesn’t rotate when the mag is loaded from the rear. I shot several blank shots before I figured that out. You can manually advance the mag, but it won’t go on its own if loaded incorrectly. That said, it’s no trouble to load it the way they say to.

If you load the mag correctly the pellet has to be pushed deep inside the cylinder. And it does go deep! That means it can accept pellets of all the heavier weights. 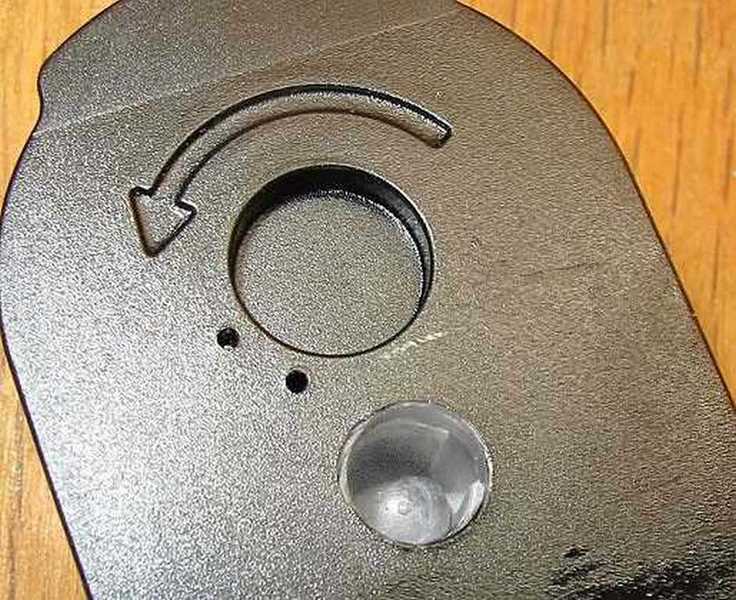 That’s the nose of a H&N Baracuda Magnum, which is a long pellet, way down deep inside the Eagle Claw mag.

Once I loaded the magazine correctly all problems went away and it was 100 percent reliable. I will also remark that the lever does operate smoothly, once you get used to it.

First I tested how powerful the Eagle Claw is with an obsolete 34.5-grain Eun Jin dome. The first 10 shots averaged 871 f.p.s. and the fastest shot went out at 888 f.p.s. At the average velocity this pellet generated 58.13 foot-pounds of energy at the muzzle. The fastest shot made it to 60.42 foot-pounds. That’s for the power mongers among you. The slowest shot was 852 f.p.s., so the spread for those first 10 shots from high to low was 36 f.p.s.

The power was rising throughout the first string, and I can tell from additional testing that there are at least 2 good magazines on a fill on max power. That’s 20 shots. The gun was filled to 200 bar at the start of the string and the pressure gauge still showed 170 bar after 10 shots.

At the start of this string there was 170 bar in the reservoir. After the string that had dropped to 150 bar. The green zone on the rifle’s gauge ends at 100 bar, but we were 50 bar higher and the velocity of the pellets was decreasing with each shot.

I knew this rifle was loud, so I wore electronic earmuffs and shot in my garage. However, I wasn’t prepared for how loud it is. It registered 108.4 dB on my sound meter! Some of that is the reflection of sound off a concrete floor, but it’s still .22 long rifle standard velocity territory. The Eagle Claw on high power is definitely not for a suburban back yard. But the rifle does have power adjustments, so it doesn’t have to always be that loud. 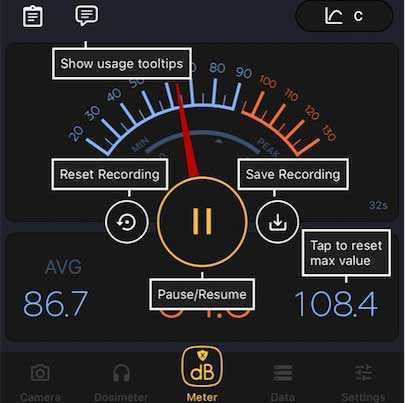 The Eagle Claw is loud on max power!

I also tested JSB Ultra Shock pellets on max power. At 25.39 grains this hollowpoint carries a lot of weight to the target. Ultra Shocks averaged 844 f.p.s. with a spread from 867 to 821 f.p.s. The velocity dropped in almost a straight line, so despite what the onboard gauge said, the Eagle Claw was running out of air at this highest power setting.

At the average velocity for this string the Ultra Shock generated 40.17 foot-pounds of energy at the muzzle. It probably would have been several foot-pounds higher if I had tested it right after a fill — perhaps 45-46 foot-pounds with this pellet.

I continued shooting, though there were now 30 shots on this fill. The Baracuda Match that had averaged 952 before now averaged 843 f.p.s. with a straight drop from 877 on shot one to 812 on shot 10. It was time to refill.

I have played with Korean precharged guns as long as anyone in the US, starting with the Career 707 in 1995. I quickly learned that the Koreans build their valves for as much power as possible and the velocity usually starts dropping off right away. They make their air rifles for hunting, because Koreans usually hunt with airguns and not firearms. This Eagle Claw is somewhat surprising because the first string actually rose in power, before the drop-off started.

Since the rifle I’m testing has 11 power settings, I dialed down two clicks from the max and shot Baracuda Match pellets again. We now have a good baseline of velocity to compare to.

At the end of this first string the onboard gauge showed 190 bar. That’s a thrifty use of air for a PCP this powerful.

The second string with Baracuda Match pellets on this fill began at 965 f.p.s. and ended with 965 f.p.s. as well. The low was 962 f.p.s. and the high was 970. The average velocity was also 965 f.p.s. The total spread was only 8 f.p.s. I would say we have found the sweet spot for the fill. At the average velocity this pellet generates 43.72 foot-pounds, which makes both strings one and two more powerful than when this pellet was shot as a second string on the first test, when the power wheel was cranked all the way up. This is why owning a chronograph is so valuable when you own a precharged airgun.

So, depending on what you are doing, there are 30 good shots that are MORE POWERFUL, on average, with the power adjusted two clicks down from the top than when the rifle is cranked all the way to the max. If you are hunting in the woods I’d say all 30 shots would be good. If you’re shooting tight groups at 50 yards then maybe just the first 20 shots are what you want. Of course the number of power wheel clicks you have to adjust to get results like these may differ slightly from rifle to rifle.

The trigger is single stage and breaks with 3 pounds 10 ounces of force as it came from the box. It feels a tad heavy, but the pull weight can be adjusted, and I will do that in the next report.

Well, we are back looking at the Eagle Claw once more. There is a lot to look at, as I mentioned. With adjustable power I expect to take at least one more test before we get to accuracy, but probably more. I also want to adjust the trigger a little lighter, plus I want to record the discharge sound at other power levels. Stay tuned!