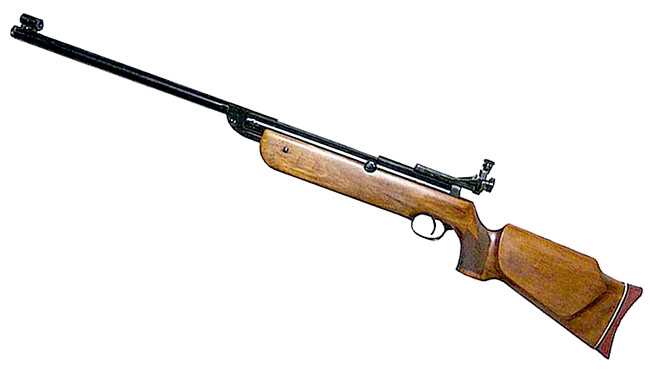 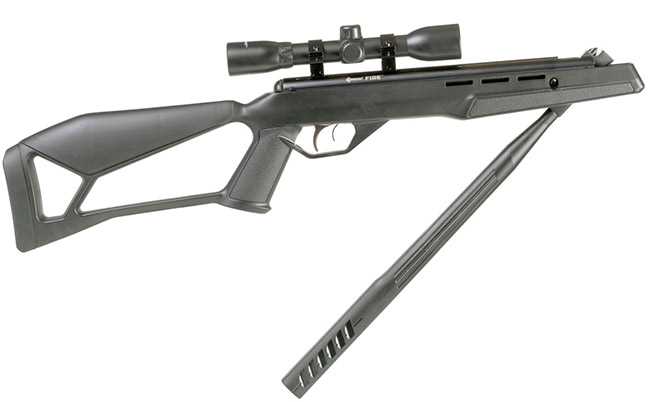 Fire with the barrel broken open.

Today we explore the breakbarrel air rifle and see what people have said about its accuracy.

Less accurate than what?

Yesterday you saw the proof that this concern isn’t true. My Beeman R8 is a breakbarrel that is scoped, yet it shot a sub minute of angle 5-shot group at 25 yards.

So, who is right? Are there concerns about breakbarrels? Yes, there are, but they’re not what everybody thinks.

The big concern about a breakbarrel is barrel droop. Barrel droop means the barrel does not point straight ahead, relative to the top of the spring tube. The name “droop” seems to imply that the barrel isn’t straight, that it somehow droops down like a limp garden hose but that’s not what droop means. It means the barrel points down and away from the line of the receiver or spring tube where the peep or scope sight is mounted. 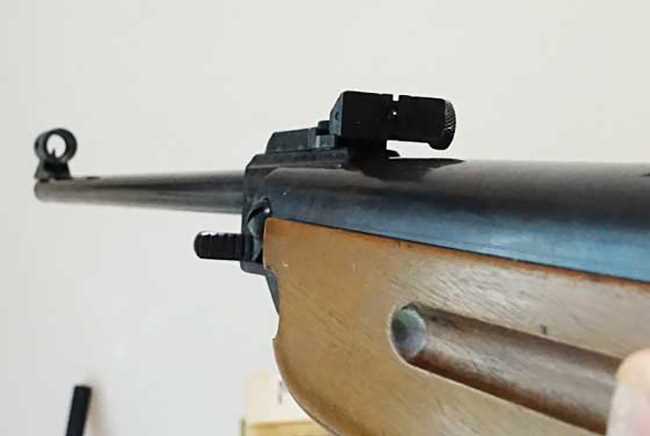 This HW-35 has the worst case of barrel droop I have ever seen. I photographed it to illustrate what droop means. As you can see, the barrel is pointing down from the line of the spring tube. And this barrel is LOCKED!

What manufacturer is the worst offender in the air rifle world for barrel droop? Time’s up, it’s Diana. I spoke with a Diana VP of marketing (or sales, I can’t remember) about the barrel droop issue and was informed that the company didn’t see a problem. You see, their sporting breakbarrel air rifles all mount both the front and rear sights on the barrel. No problemo.

Okay — what firearm has the worst case of barrel droop? The AR-15 is notorious for a drooping barrel. It gets it from the modular way the rifle is constructed. Because of the problem there are lots of droop-compensating scope mounts for ARs. Oh, shooters THINK they are for shooting at longer distances, and they are, but the AR barrel almost always points down.

Back up just a minute, BB. Didn’t Diana also have several 10-meter breakbarrel target rifles and didn’t they mount their peep sights at the rear of the rifle? Yes, they did. HOWEVER — what distance did those rifles shoot — ALL THE TIME? Ten meters. Could the rear sight be adjusted to compensate for the droop of the barrel at that distance? Absolutely. Would it ever be a problem? Not as long as they always shoot at the same distance. And what do 10-meter target rifles do? 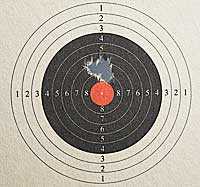 What can be done?

A barrel lock holds the barrel closed against tension, giving the impression of a more positive lockup. You can relate it to people who wear cloth masks to “protect” themselves against a virus that’s much smaller than the mesh in the cloth. It’s like putting up a chain link fence to keep mosquitos out. 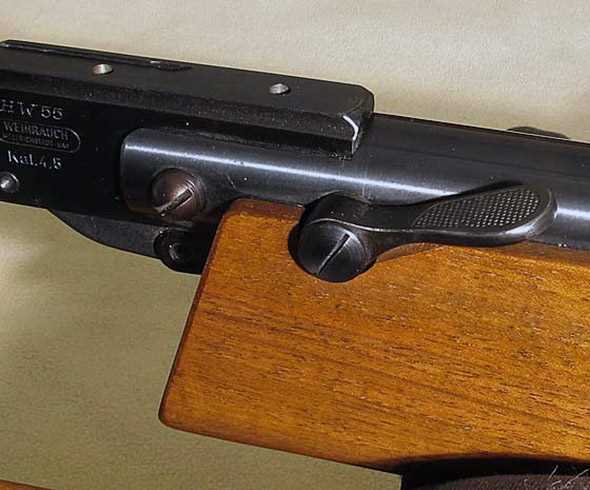 To open the barrel of the HW-55 Custom Match the barrel lock had to be flipped forward every time. 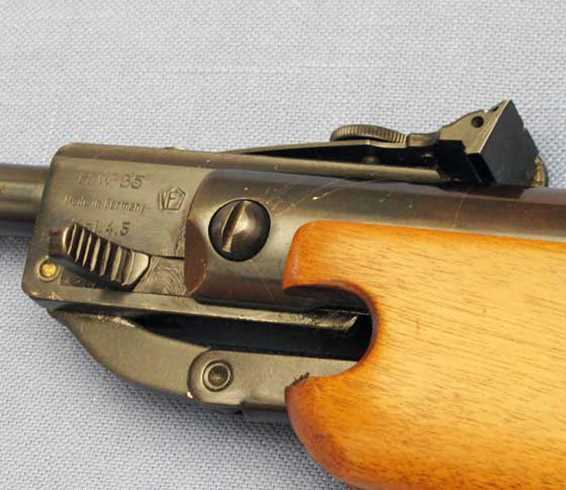 To unlock the HW-35, pull the barrel lock forward.

Other side of the coin

On the other hand, Diana knew that barrel lockup wasn’t a problem. So they used a spring-loaded ball bearing to hold many of their breakbarrels shut. I’m referring to models like the 25, 27 and 35 (the old 35 — not the modern one). 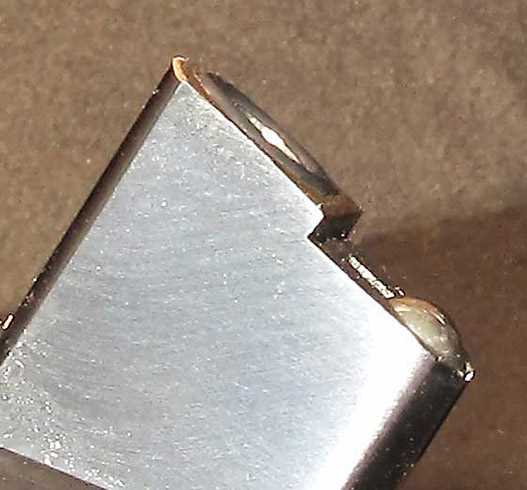 That large ball bearing at the bottom of the Diana 27 base block is a spring-loaded ball that holds the barrel shut after cocking and loading.

The benefit of the ball bearing breech lock is the ease of opening and closing the breech. No slapping of the muzzle is required. The barrel breaks open easily, yet no real accuracy is lost.

In fact, that Diana model 60 target rifle we looked at earlier has a BALL BEARING BREECH. Yes, it does! 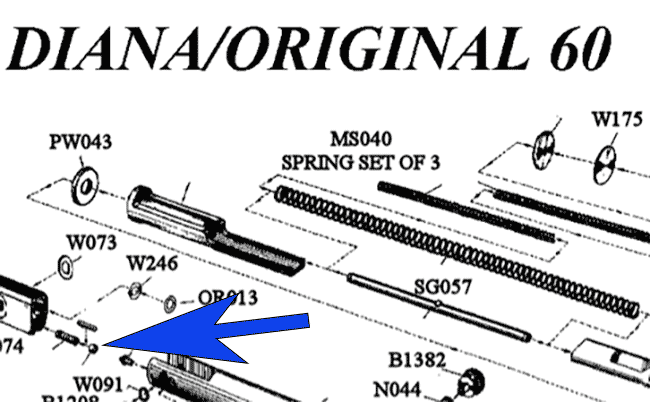 As you can see (arrow) the Diana model 60 breech is held shut by a spring-loaded ball bearing.

But even Diana had to cave to the prevailing feelings of shooters everywhere. They created the models 65 and 66 target rifles — both breakbarrels that had barrel locks. And then they created the model 75 that was a sidelever with a fixed barrel. Sometimes prejudice can’t be overcome.

Don’t think that all breakbarrels are as accurate as the Beeman R8 I showed you on Monday and yesterday. Don’t we all wish that they were, but they’re not. By the same token don’t think that all fixed barrel spring guns are as accurate as a TX200 Mark III, because they are not. Several of the good ones like the Diana 52 and the Whiscombe are accurate, and don’t forget that John Whiscombe also made a breakbarrel that was also highly accurate. 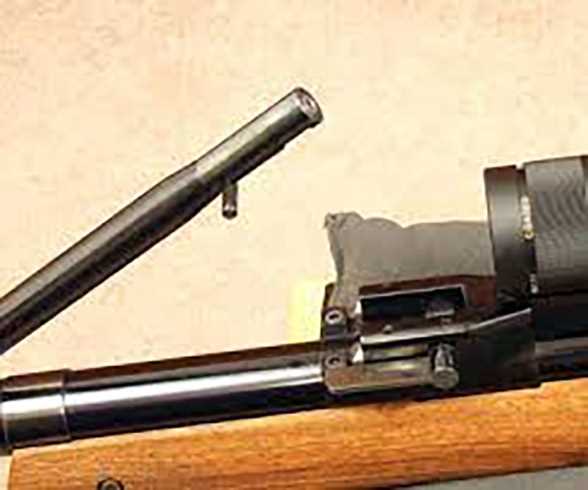 But let’s not forget the Chinese B3 and B3-1 underlever rifles. They have fixed barrels and nobody ever stood up and said they are accurate. Oh, sure — minute of soda can at 20 feet maybe, but not the kind of accuracy we are discussing today. 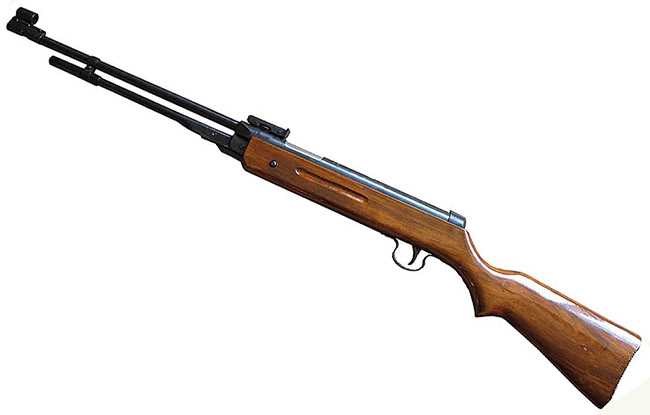 Nobody would say that the Chinese B3-1 is an especially accurate air rifle.

There is a lot to this issue. Things like what does accuracy mean and what level of accuracy are you willing to accept. But the point is, just because the barrel moves doesn’t mean that the rifle has to be inaccurate.

47 thoughts on “Are breakbarrels less accurate?”