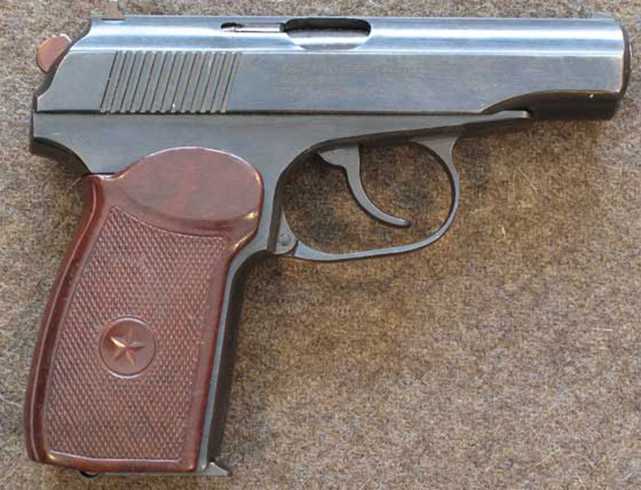 Today is the last installment in this series on the Makarov pistol. Today we look at the performance of the Makarov firearm. 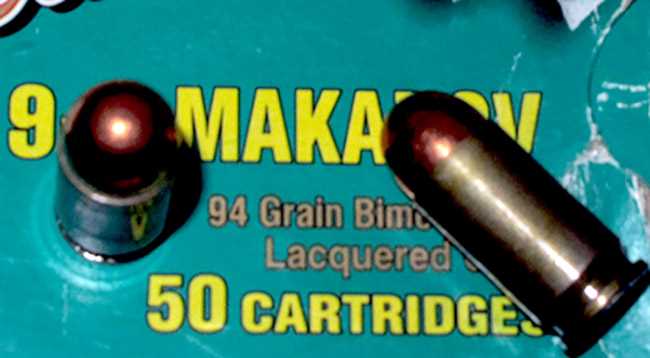 It’s possible to buy the parts to convert a Mak to .380 ACP and even to .22 rimfire if you like. So the oddball ammo thing doesn’t have to be a problem.

Before I show you the performance let me tell you that until I saw and shot the 9 mm Sig P365 pistol that is now my concealed carry gun, the Makarov was my favorite pocket pistol. I have owned several Walther PPK/S pistols and none of them measured up to a Mak. The Mak is small, light, accurate, has a pleasant trigger pull and makes what I believe to be a fantastic sidearm for concealed carry. It’s easy to conceal and in fact fits in my Bullard concealed carry holster for my P365. The cartridge is on the small side, but if placed correctly it can be effective, and hollowpoint defense ammo is made for Makarovs.

I am now down to my last box of Mak ammo. There were 35 unfired cartridges remaining. I never got the reloading equipment to reload for the Mak since Russian ammo used to be both cheap and plentiful and the cartridge was such an oddball. I reload for 9X19 mm and I used to reload for .380 ACP as well when I had a pistol in that caliber. The reloading dies and bullets for both of those cartridges are identical.

Mak ammo now sells for fifty cents a round, so the bargains are gone. And, with the government hiring 87,000 new IRS agents who are licensed to use deadly force (which means they will all be carrying guns), the government has been buying a lot of pistol ammo this year. That drives the price up even higher.

So, today’s report will be both a velocity test and an accuracy test. And I’m skimping on the shots to save just a little ammo for myself.

The cartridges I shot have a 94-grain bullet, so the energy will be based on that. I will now show you all five shots that were chronographed.

That’s an 87 f.p.s. difference between the low and high velocities. Compare that to what we see with many airguns and you’ll appreciate how consistent our airguns really are.

The average of this string is 987 f.p.s. At that speed the 94-grain jacketed bullet generates 203 foot-pounds of muzzle energy. It’s a trifle more than many .380 ACP rounds and less than a standard speed .38 Special. But make no mistake — it’s deadly when used correctly.

I did something I never do in an accuracy test. I shot to the center of the target instead of using a 6 o’clock hold. I did it because the Makarov is a concealed carry defense weapon. At least I did it for the first five shots.

I shot with a 2-hand hold, standing about 21 feet from the target. The target was a 6-inch Shoot-N-C bullseye. Let’s now see how I did. 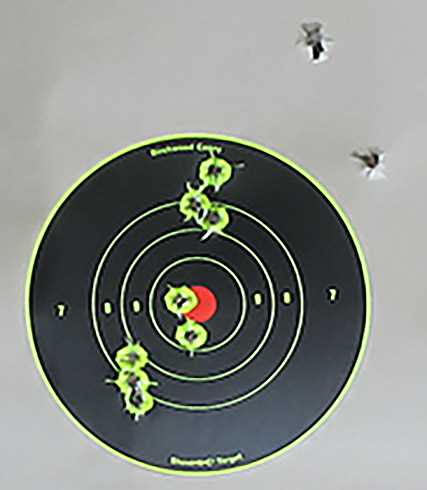 The upper shots are spread out because I lost sight of the front sight as I shot. Remember how important that front sight is! That’s why two bullets went up and away from the 6-inch bullseye. But when I used a 6 o’clock hold for the second five, the bullets dropped down and stayed closer together. The thing is, in defense shooting we are taught to shoot to the center of mass, which is the center of the abdomen on a human target.

I know that 21 feet is super close for a handgun, but this is the distance “they” tell us to engage targets in defense situations. I feel stupid doing it, though I have to admit that as I age the two-hand hold is starting to look better all the time.

Summary for the firearm

The Makarov firearm is an iconic sidearm. It’s based on Walther’s PP pistol, but surpasses it in many ways. And it can be had in .380 ACP, whose ammo is more standardized in North America and therefore easier to acquire.

This series has really been about the Makarov BB pistols — both the one you can still buy and the others that you can’t. They are all excellent replica airguns, with the one that’s still available being perhaps the best of all.

I would say this in conclusion. These are good BB pistols on their own, and they are excellent replicas for those who want them.

Knowing what to do – Part 1 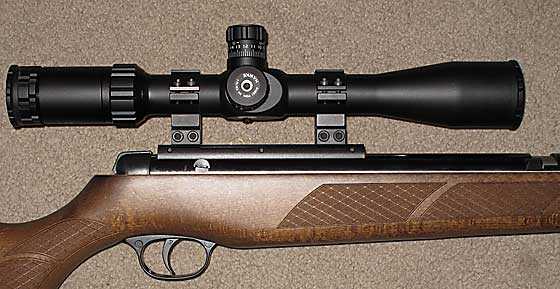