The sights
As I mentioned in Part 2, the sights on this pistol appear to have been specially milled lower to adjust the point of impact with BBs. Today’s report will show how well that worked. 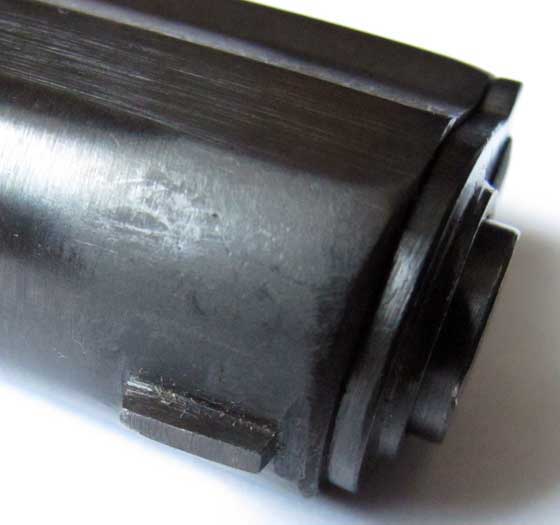 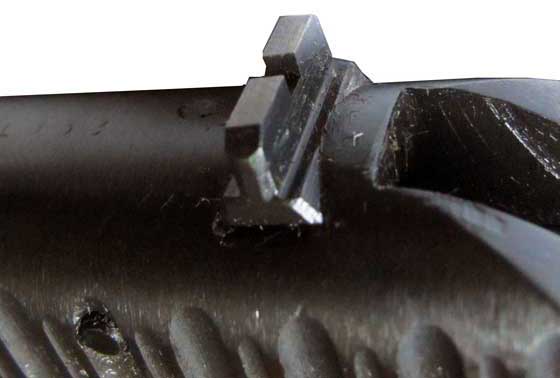 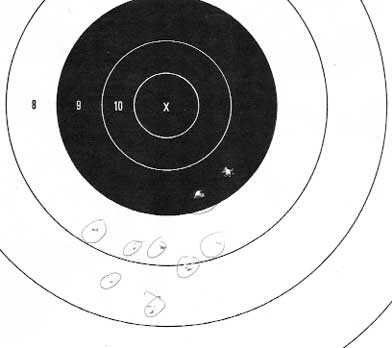 The bottom line
What an airgun! For those who love realism, it doesn’t get any better than this. You can own what was once a firearm and disassemble it in the same way. You get the real Russian dated and marked parts from a pistol that is now quite expensive and collectible in its firearm form.

Velocity
Mac recorded a velocity of 321 to 383. The average velocity of the test gun was 352 fps. The extreme spread is 62 fps, and the average muzzle energy is 1.40 ft-lbs. Mac used Daisy zinc-plated BBs for his tests. 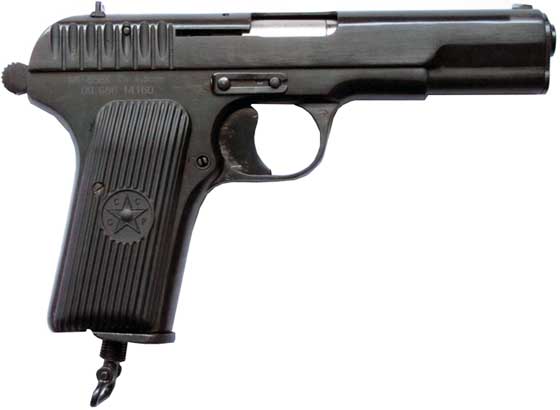 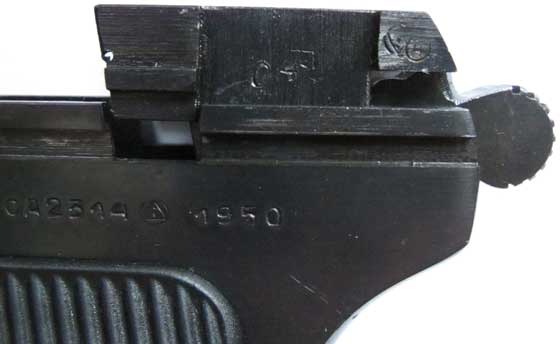 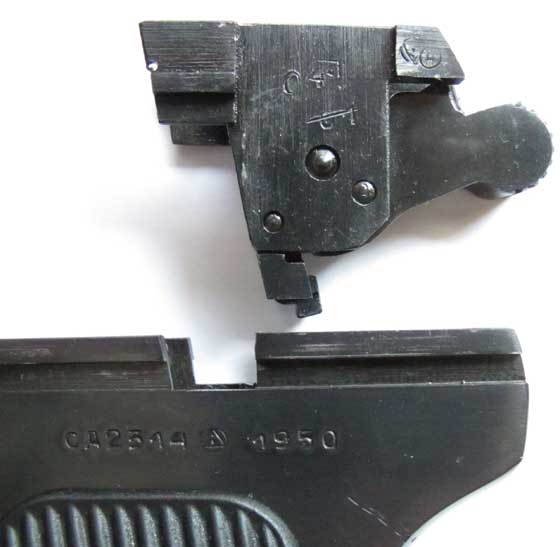 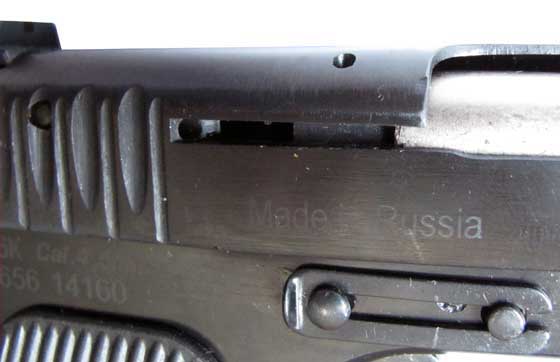 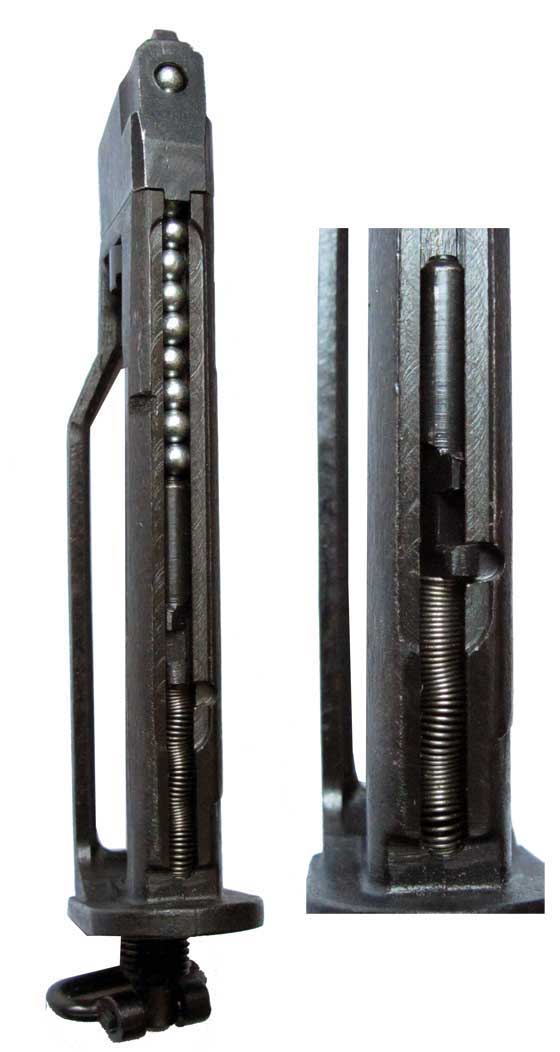 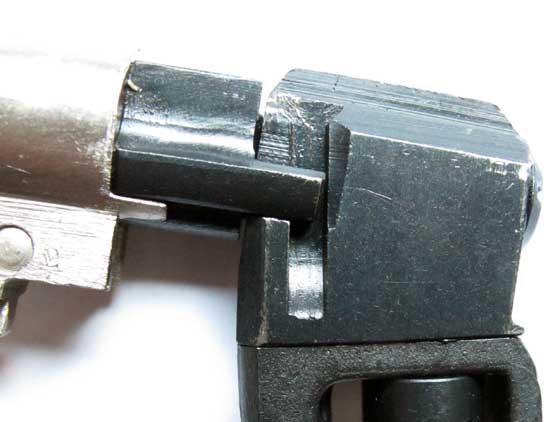 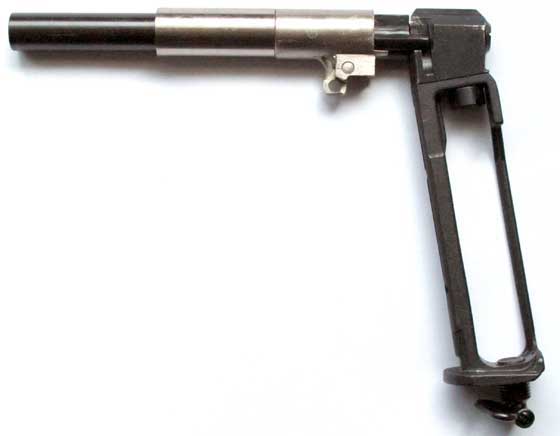 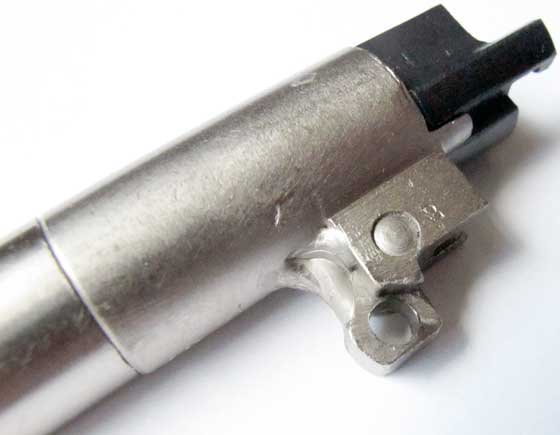 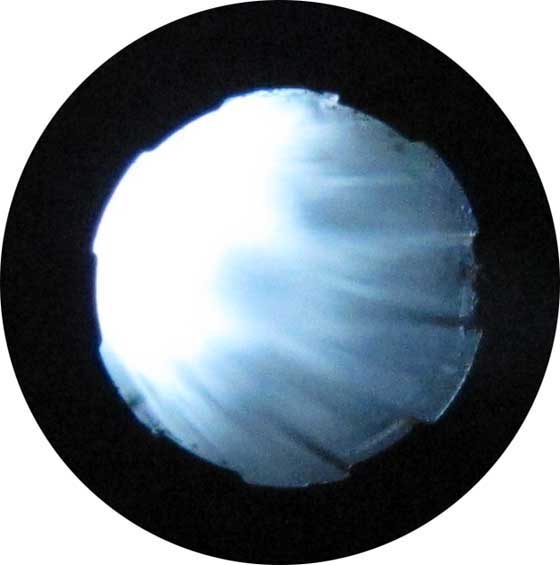 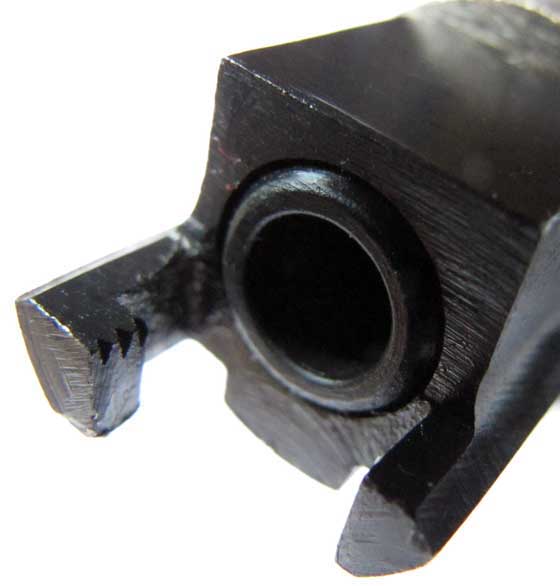 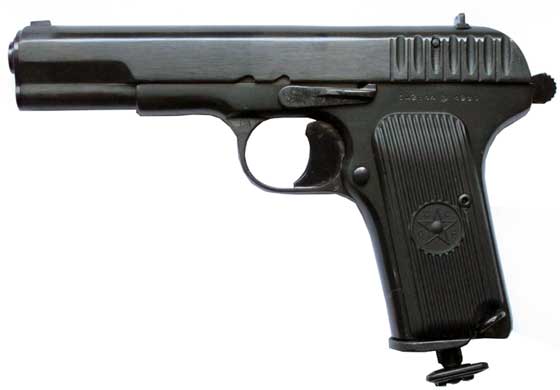 Tremendous realism
There are no compromises in this gun. It’s made from a genuine Russian Tokarev pistol. That means it’s all steel, and the black plastic grip panels have CCCP next to the Soviet star. The pistol I’m examining has a frame date of 1950.

Single-action only
The Tokarev firearm is a single-action pistol, and the BB pistol is also single-action. To fire the gun, you must cock the hammer each time you shoot. That may slow down you down because you can’t fire the gun by simply pulling the trigger. So, this is more of a collector’s gun than an action shooter’s gun. 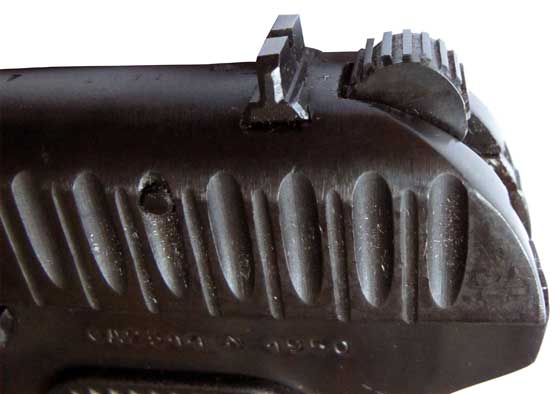 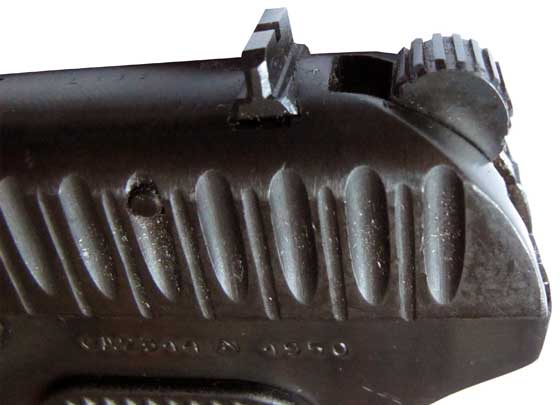 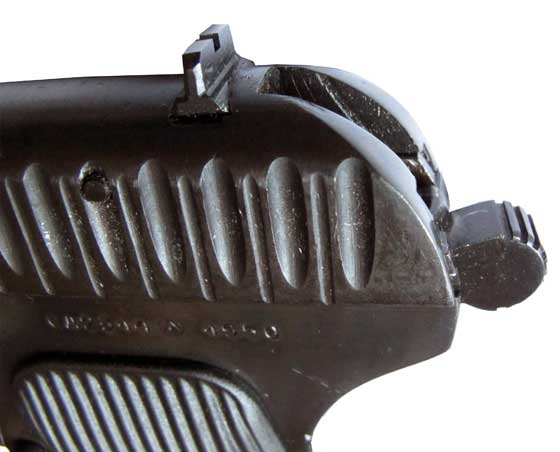 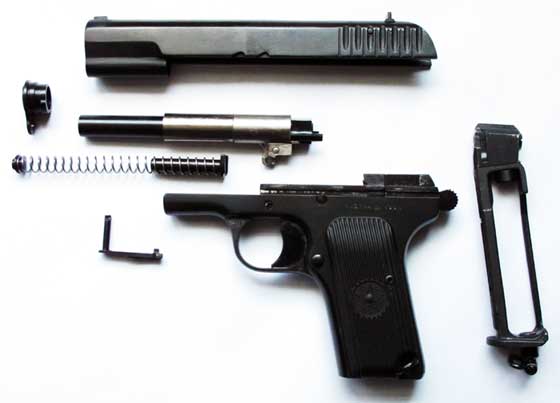 Field-stripped
Just like the firearm, the TT33 field strips quite easily. In my second report, I’ll have more to say about the internal parts since some of them are novel and require an explanation.

Realism, realism, realism!
Several years ago, we had some Kalashnikov BB guns called Junker models 1, 2 and 3. Not only did they resemble an AK47, they were made from the same parts. The Junkers were taken off the shelves quickly and are now quite scarce in the United States. While we don’t believe the same thing will happen with this pistol, true collectors should order one right away. Like a Makarov, this is real deal!