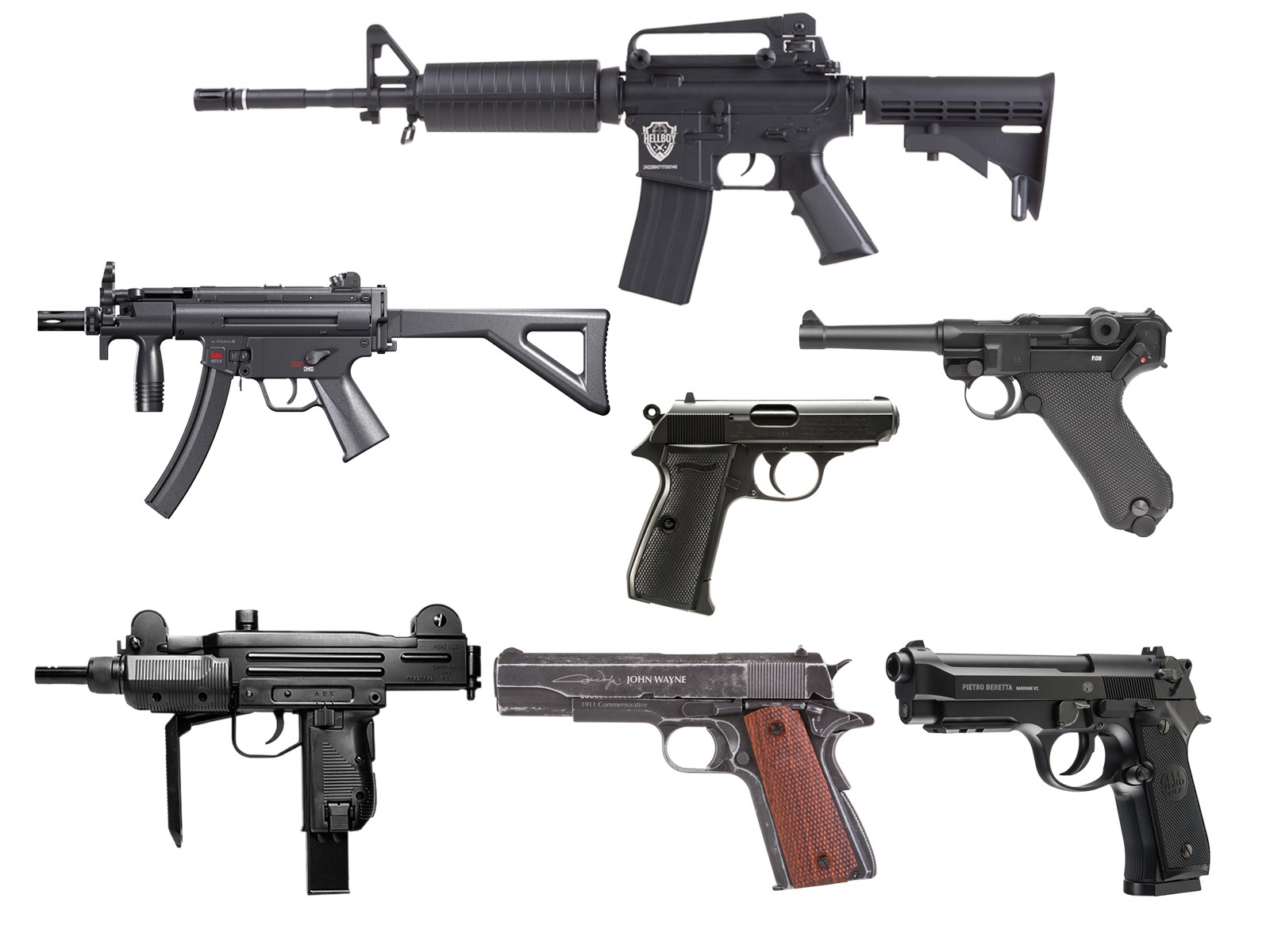 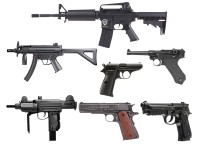 
Uzi - Featured in movies like the Terminator, Robocop, and Patriot Games, this realistic replica is a blast to shoot!

H&K MP5 - Seen in almost any 80s or 90s action movie, like Die Hard, the Matrix, and Lethal Weapon 2, this CO2-powered BB version is an all-day shooter and easy enough that every family member can have fun shooting it!

Walther PPK/S- Issued by MI6 to Britain's most famed super-spy, this replica Walther PPK gives you the excitement of using the gun that's saved the world from global domination more than once!

P08 -  The most sought after gun by Easy company in Band of Brothers, and the German Soldier weapon of choice in WW2 period movies including Indiana Jones. Umarex is the king of firearm lookalike pistols, and this P.08 is no exception. The realism is off the charts. The full-metal construction gives you the heft, look and feel of the real steel version.

Hellboy -  The M4 Carbine is probably the best known gun to appear in any and every movie, including Heartbreak Ridge, Platoon, Commando, and Full Metal Jacket. Heat up the range with blistering semi-auto shots and unparalleled realism for a tactical experience like nothing on Earth!

Beretta 92A1 - One of the favorite Hollywood guns, versions of the Beretta 92 have appeared in Inception, the Expendables, Taken, and Mission Impossible.  This replica of the Beretta 92A1 features authentic blowback and a convenient 18rd, drop-free BB magazine.

other products by Umarex

other products by Umarex