×
0
×
HomeArticles How to load pellets in airguns - Part 1: spring-piston guns

How to load pellets in airguns - Part 1: spring-piston guns (November 2010)

Breakbarrels
I've divided this material into powerplant types, beginning with spring-piston guns that I’m addressing in this article. And, within the spring-piston category, I’ll focus on the breakbarrels first.

All spring-piston guns work the same, but breakbarrels are subject to some very different problems than underlevers and sidelevers that have either sliding compression chambers or loading taps. Only a few underlever rifles act like a breakbarrel; and of those, the RWS 46, which has a lengthy air transfer port contained in a hinged cover that raises up to expose the breech, is the most common. Just like any breakbarrel, the RWS 46 is susceptible to the same pellet-loading problems I'll present for all breakbarrels.

The most common pellet-loading problem with any breakbarrel is a too-tight breech that doesn’t permit the pellet to be seated flush with the end of the barrel. As a result, when the barrel is snapped shut, the skirt of each pellet will be bent, which cannot help accuracy one bit.

Some breakbarrels have this tight breech problem and compound it by also having a slanted breech. It’s almost like the designer thought he might not get you with the tight breech alone, so he cut it on an angle to ensure your pellet skirts would always be bent. 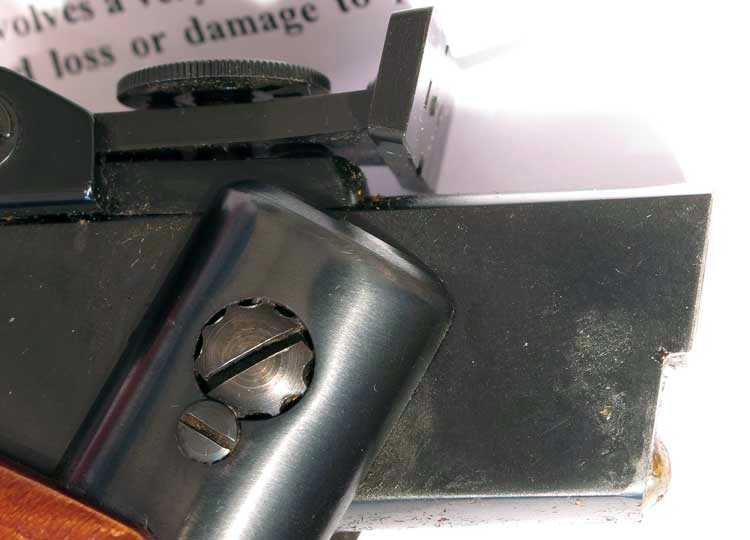 This photo clearly shows the slant of a breakbarrel breech. When the pellet is inserted, the bottom of the skirt will tend to stick out a little. 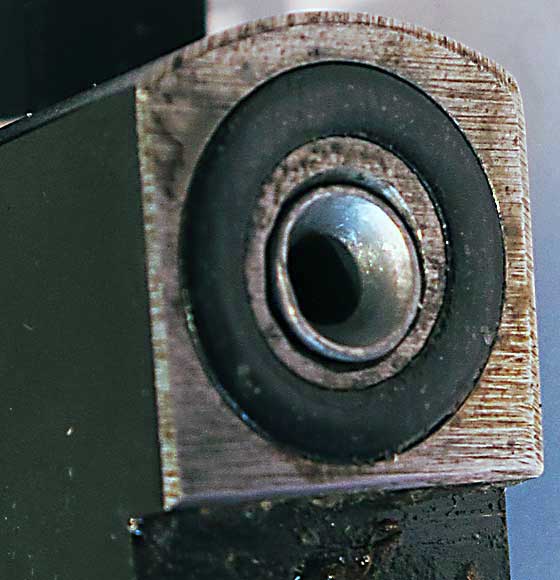 In this closeup of a Diana 27 breech, you can see that the bottom of the pellet skirt is slightly outside the breech due to the angle of the breech. This leads to damage when the barrel is closed. 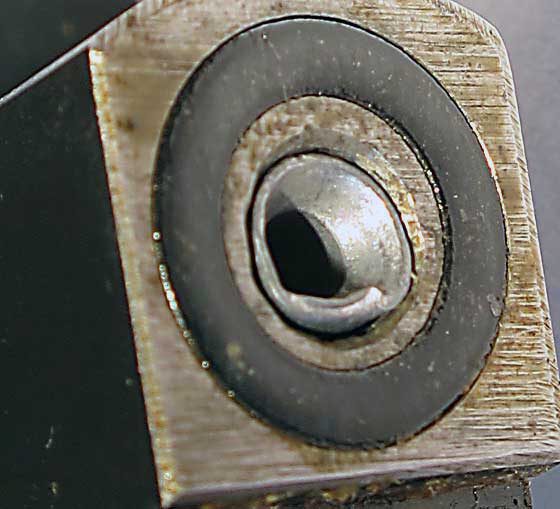 After closing the breech, you can see the damage that was done to the pellet skirt. This cannot help accuracy.

The solution to this problem is to seat each pellet deep into the breech with a pellet-seating tool. Such tools were very popular back in the 1950s and ‘60s, when these problems were well known to airgunners. In the 21st century, though, we seem to have forgotten how to seat pellets in breakbarrels, and the guns with tight/slanted breeches are back to bite us.

If there's no problem seating each pellet so the skirt ends up completely flush with the breech, then a seating tool isn't needed. However, with some lower-powered airguns, a deep-seated pellet still performs best. I’m now talking about spring guns with muzzle velocities under 500 f.p.s., regardless of caliber. So, try deep-seating on all the lower-powered spring guns, because it might just make them more consistent. 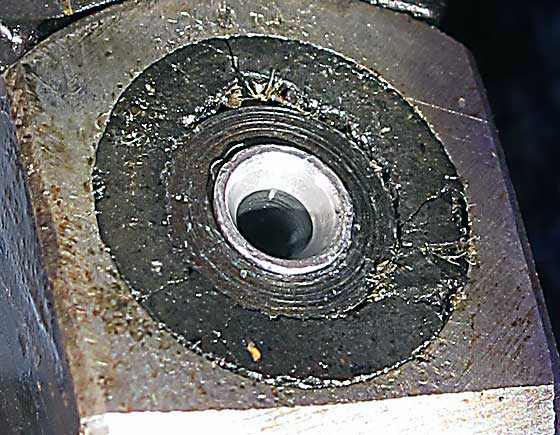 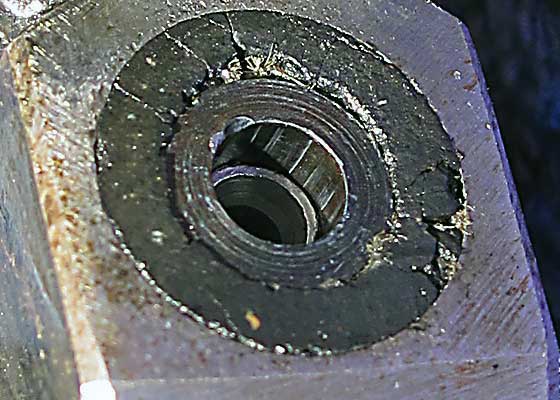 Here the pellet is seated deep into the breech.

If you don’t own a pellet seater, a common Bic ball-point pen (a Biro in Europe) will work quite well. It pushes the pellet into the correct depth and stops when the sides of the pen contact the rifling. So, it seats to the same depth, pellet after pellet. 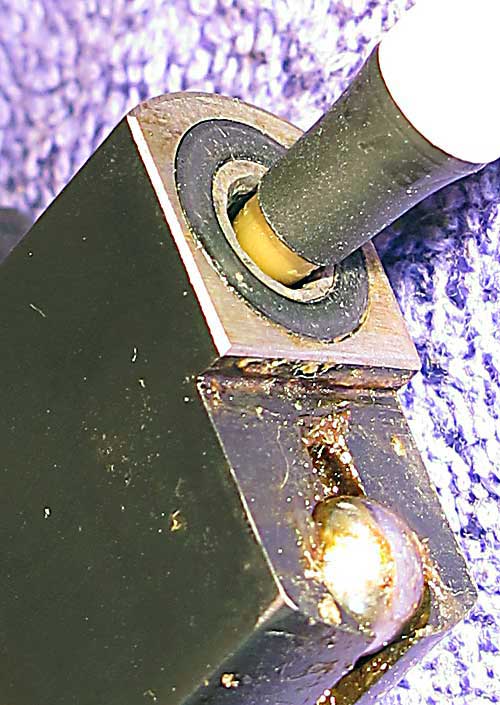 A common ballpoint pen makes an ideal tool for seating pellets deep in a breakbarrel breech.

The higher-powered spring guns actually seem to do better with their skirts as close to the end of the breech as possible. It seems like they want the pellet to be forced into the barrel with the shot, as if that raises the compression level just a bit. My advice is to try it both ways -- shallow and deep-seated. But always seat the pellet deep enough to prevent the skirt from getting bent when the barrel or action is snapped shut.

If you can't seat the pellet flush with the breech in a gun that has a sliding compression chamber, you might try experimenting with other pellets. The one you've been using may not be the best one for your rifle. 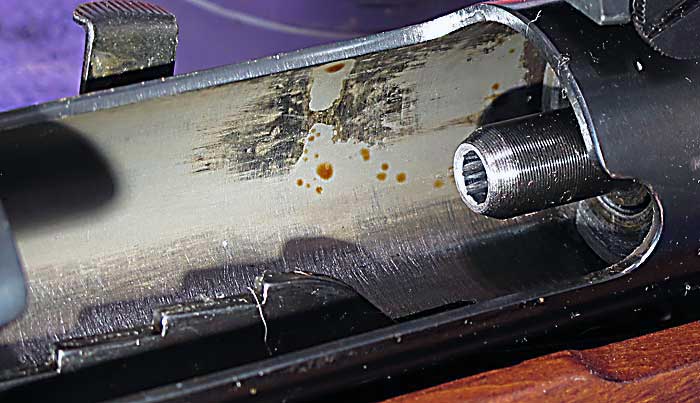 When the silver compression chamber of my RWS Diana 54 sidelever slides back as the rifle is cocked, the breech is exposed for loading. The stepped piece in the foreground is the anti-beartrap locking device. 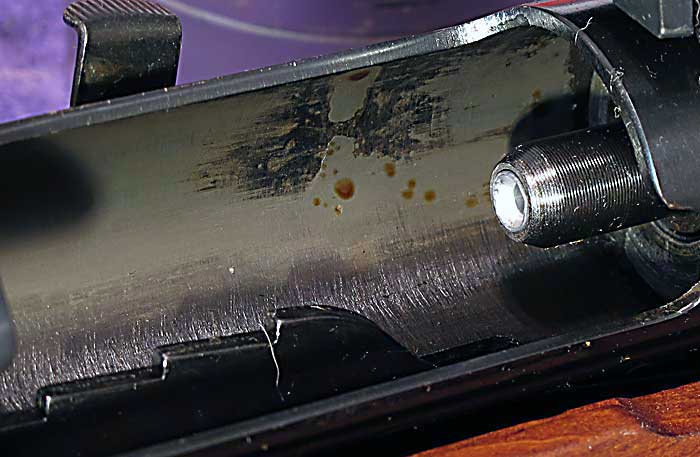 A pellet is pushed into the RWS 54 breech until it's flush.

Taploaders
Because of how they work, the opening on a loading tap actually has to be larger than all pellets at its entrance, and the hole has to taper rapidly to just smaller than pellet-sized at the other end. This is necessary to seal the air behind the pellet when the gun fires. But it's extremely hard to encompass all the possible pellet dimensions this way, so people who shoot taploading air rifles have a limited selection. It's a case of not all pellets working in every gun, while a breakbarrel will digest pretty much anything you can put in it. As a general guideline, I look for pellets that have thin skirts and are made of pure lead. RWS Superpoints are a great choice most of the time. 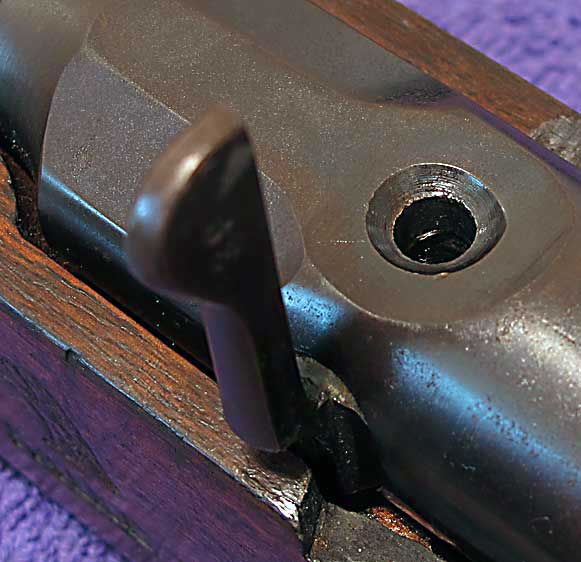 When the rifle is cocked, the pellet tap opens automatically. The opening has to be larger than any pellet of the rifle’s caliber, but the hole through the tap has to taper rapidly to tighter than any pellet for air sealing purposes.

So, what does deep-seating give you?
With some lower-powered spring-piston airguns, seating the pellet deep in the breech increases velocity. Guns with standard to high power, though, often take away velocity. Deep-seating often stabilizes the muzzle velocity of lower-powered airguns. You really need to test it over a chronograph.

As far as accuracy goes, seating deep or flush should have no effect, other than the case where a flush-seated pellet actually has a portion of its skirt sticking out, allowing it to get bent.

To sum it up
Pellet seating is indeed a big deal and very important for success with spring-piston airguns. Each type of spring-piston powerplant has its own pellet -seating criteria. Other factors -- such as the gun’s power, also enter into the equation. It's incumbent upon every owner of a spring-piston pellet gun to discover the right way to seat pellets in each gun he owns.