I keep forgetting to tell everyone that the April podcast is up.

I’ve heard that excuse for mounting a scope for the past 30 years, and for the first 15 years I bought it. Then I realized that I was wearing bifocals and still shooting fine with open sights. So I wondered, “What gives?”

What gives?
Confidence is at the heart of this complaint about weak eyes. Most of those who blame their eyes are really doubting that all they have heard about open sights and target alignment really works.

Old eyes
Please understand that I’m not talking about people with really poor vision. I do know that there are those who absolutely cannot see the sights and target at all, and they are right to seek optical aids, but the guys who are like me with just tired old eyes are complaining without cause. I know this because of something that has happened to me within the past four weeks.

About one month ago my eyes suddenly started changing their prescription throughout the day. One moment they are 25/40 and the next they may be 30/60. One minute I have to wear my glasses and the next I can see better without them. But the near vision is now uniformly worse than it has ever been. I had to buy +2.50-diopter reading glasses just to see the computer monitor that a month ago was very clear. I could see it through my bifocals but that meant tilting my head back all the time.

So imagine my frustration when I tried to shoot a handgun with open sights. Those sights are now very blurry when the gun is held at arms length. Yet I found a way to do it, and even do it well. Want to know how?

I wear the new reading glasses when shooting and focus on the front sight. The thing I have said all along, and the thing that all champion shooters know, is that if you can see the front sight, the target can be blurry and you will still hit it. Oh, I can’t compete like I used to, and what was once a ten is probably now an eight or a nine, but they ‘e all still landing in the black.

Thanks to Edith!
I never would have believed this could be done, but one day recently when I had to stop a test because I couldn’t see the front sight, Edith asked me if wearing my new reading glasses might help. I thought she was crazy to suggest it because how in the world could I ever possibly hope to see the bull when wearing these glasses that focus so close? But having nothing else that was better, I tried it. And it worked! The front sight is now sharply in focus (more so than in several years) and the bull is only a little blurrier than it used to be with my unaided eyes. And I was able to group my shots as well as before.

Nothing new
Then it hit me. This is nothing new. It has already been done by optics manufacturers for the shooting sports. You can buy rear aperture attachments that have optical lenses to sharpen the front sight. In fact, they work just the same as my reading glasses, but are many times more expensive. Those attachments are for rifles, only, but my glasses work well on both rifles and handguns. You don’t need to stop shooting or to use a scope just because your eyes are going south.

If my prescription were stable, I would get a set of prescription glasses for this, but in the current mode, where my prescription is changing every hour or two, I can’t be sure of anything. So I’ll just continue to use these El Cheapo reading glasses until things settle down. It works well enough that I’ll be using it for precision shooting in my tests in the future.

Now, I’m probably the last person to figure this out, but I never got the memo that you guys must have read. So, to me, this is a brand new discovery. Maybe, one of you didn’t know it also, and I’ve helped out someone else.

Update on the Malvern airgun show
Kevin correctly identified a nice BSF S70 on my table at the show, and I thought I would tell you about it. Three years ago, I spotted that rifle at the old Little Rock airgun Expo that was the forerunner of the Malvern show. I didn’t have enough money for it after buying a Weihrauch HW 55 SF that I really needed, so I sat on my hands and waited to sell some guns. Finally, on the second day of the show, a big deal brought me the needed cash and, as Mac can testify, I actually ran over to the table where that rifle was, only to see cash changing hands between a young man and the dealer. My S70 had just been sold.

Just like you read about in the magazines, I went up to that young man and went through the “If you ever decide to sell that rifle…” speech. And, being a polite lad, he “Yessir’ed” me right back, which is usually all she wrote…or ever writes.

However, this time was different. While I was out of the Malvern show building getting a Subway order for Mac and me, the owner of the rifle walked in the door and Mac spotted him. He then song-and-danced for 10 minutes, stalling the seller for me to return. When I did and I saw the rifle, the youngster quoted a price range for the gun, and I immediately paid his highest asking price. The price I paid was substantially less than the rifle had on it three years before.

So, Kevin, you can see that that S70 was always meant for me. But the price needed some tenderizing, so it marinated in someone else’s closet for a few years. That young man is now of an age where pretty girls and cars are probably more interesting, but I find that I still like S70s, having already gotten the pretty girl. 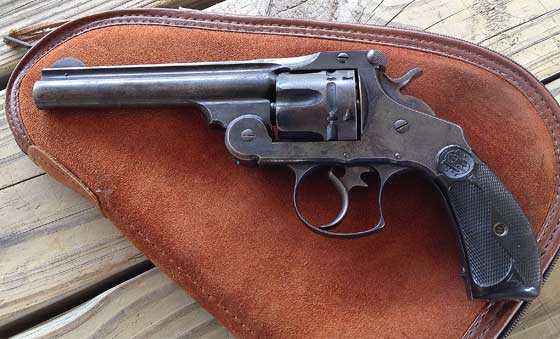 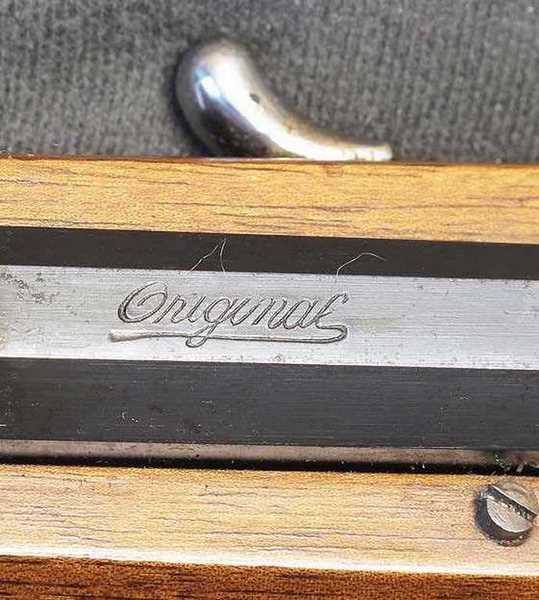