Happy New Year! 2014 promises to be a wonderful year for airguns, and we all will have a lot to celebrate. Edith and I wish all of you a healthy and prosperous New Year.

Lots to cover today, so let’s begin. This is the day we test the velocity of the Crosman MK-177 multi-pump pneumatic.

First things first
There’s a storage compartment in the butt, but Crosman doesn’t tell you how to access it. The black rubber buttpad is just a rubber cover with a lip that goes into a channel on the buttstock. The cover comes off like a jar lid. Don’t try to pry it off with a knife or a screwdriver because you’ll mar the plastic. Instead, grab the whole buttpad sideways and roll it off the butt. It was too difficult to do with my hands at first, so I used a pair of channel-lock pliers and it rolled right off. After 3 times though, I could roll it off at will. Be careful not to crush the plastic buttstock when doing this. 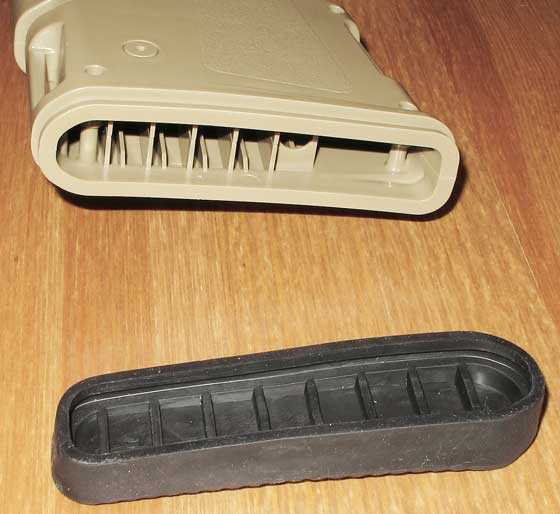 The rubber buttpad is made like a cover and has to be rolled off the butt.

Next, I was wrong when I said the bolt handle is okay on the left side of the gun. Because you have to manually advance the magazine, which is on the right side, having the bolt on the left does make cocking and loading the gun clumsy. However, if you look at where the BB magazine is located (on the right side) Crosman put the cocking handle on the left because they had to. This is something that I think could stand some attention.

Next, I told you the pump handle is hard to pull away from the gun. Several readers agreed with me, but one reader told me to shift my pumping hand so it wasn’t so close to the end of the pump handle. When I did that (held the pump handle in about the middle), the handle easily came away from the rifle and the problem was solved. It does come home with a very loud clack, though.

And, finally, I forgot to mention that when you shoot BBs you have to leave the pellet magazine installed. It doesn’t have to be advanced, but the bolt uses 1 of the 5 pellet slots as a guide to push the BB through when you load a BB.

BBs have been put into the gravity-fed BB magazine and you can see them though the slots cut into the right side of the receiver. The pellet magazine must be installed (but not moved) to guide the BBs into the barrel.

After the final shot, I cocked the bolt and fired the gun. No air was exhausted.

Crosman SSP pointed pellet
Next I shot the 4 grain lead-free Crosman SSP pellet. Again, I’ll give a string of velocities as the number of pump strokes increases.

You can see that the velocity increases start to get smaller after 6 pump strokes. Those last few strokes (9 and 10) don’t really add a lot more velocity, making them hardly worth the extra effort.

Steel BBs
Next, I filled the BB magazine with Crosman Copperhead BBs and did the same test.

It seems obvious that BBs will go faster on fewer pump strokes; but when the number of strokes increases, the lead-free pellet goes even faster. It’s more than a full grain lighter; and, of course, it seals the bore better than the BB.

Trigger
The last thing I’ll comment on is the trigger. I said I thought it was a good one in Part 1. Well, that was confirmed in this test. Though it’s only single-stage and the pull is long, it’s free from creep and is light enough to be a delight. It fires with 2 lbs., 8 ozs. of pressure.

Overall evaluation
So far, I like the rifle a lot. It takes some getting used to — expecially that bolt handle location and finding the proper method of grasping the pump handle so it operates smoothly. I don’t like the loud clack when the pump handle comes home, but I bet a small piece of rubber padding could take care of that rather well. 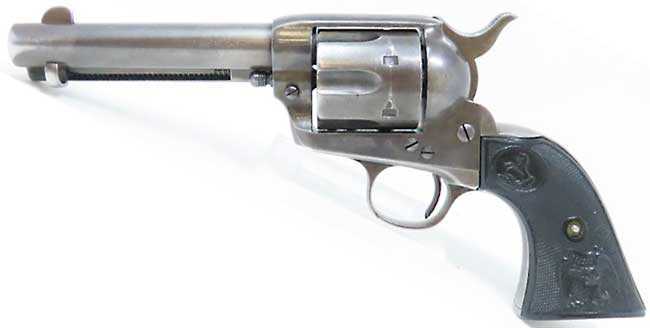