Today we start looking at a rifle many of you already know. It is the Beeman R1 that was featured in my R1 book. While the R1 has changed since mine was purchased in 1994, the essence of the rifle remains the same as always. And the tuneups I’ve done over the years have pretty much obliterated what was originally in the rifle anyhow.

If you don’t know the rifle from my book, then perhaps you read about it in the 13-part report I did back in 2006. Not only did I use the rifle to show you the insides of a spring gun for the first time in this blog, I also tuned the rifle for you in that series.

To tell the truth, my R1 has never been the most accurate spring piston rifle I have owned. I never said it was, but I’m sure that people must think so because I wrote a book about it. In the days I was writing that book I was also discovering fundamental things about spring-gun accuracy, like the artillery hold. And I was using the rifle to test a number of theories, like how long a mainspring will last. So the rifle was as much a teaching tool and working laboratory as it was a functional pellet rifle.

In the R1 book, I documented the results of several different tunes. Some were conventional and a couple were edgy tunes that were done to prove a point more than to make the rifle a better shooter. At the end of the book I wrote that I had a dream rifle in mind that I had not yet seen. I wrote about some of the things I hoped to see in that rifle someday, but I finished the book without having seen them. That was in 1994. Today we are nearing the end of 2015, and a lot of water has passed under the bridge of my life. Twenty-one years have passed since I wrote that book and that R1 has undergone some changes, as well.

For starters, I sold it! Yes, I said I sold the rifle. I did it when times got tough for us in Maryland and I had to raise some money quickly. The man who bought it did so because he already owned my book and wanted the rifle to go with it.

Two years after I moved to Texas I was contacted by the man to see if I wanted to buy back my Whiscombe rifle. Yes, I had to sell that, as well. I did want it back, so we arranged to meet at a gun show in Maryland, where we exchanged airguns and money. He had the R1 with him when we met and I had just sold a pristine uncocked Daisy 1894 Texas Ranger commemorative in the box, so I had the money to buy it back. He didn’t like the rifle’s heavy cocking effort so we did the deal and the R1 came back to me.

He had installed a Maccari walnut stock on the rifle while he owned it. The job was done so well and the wood was so nice that I decided to leave it on, though I do still have the original stock, as well. That was the history of rifle from 2005 until now. But it didn’t sit still during that time, either.

Tom Gore of Vortek had made a gas spring for the R1 that I tested for and also for the R1 book. That unit was back in the rifle until I did a special 2-part report on the R1 18 years later. Then I tuned the rifle to cock easier and shoot slower. I got it pretty nice, but it still wasn’t what I wanted.

The mainspring in my R1 was weaker, so the gun cocked easier. The spring guide was a loose fit and the mainspring is starting to cant at the far end in this picture.

I attended the Malvern airgun show this year and chanced to shoot a Beeman R10 that was lying on the table behind me. It was perfect! That was the dream tune I had been looking for all these years. When I discovered that Bryan Enoch had tuned that rifle, I made a deal with him to tune my R1. I delivered the rifle to him several weeks later and told him to take his time. I wanted the very best job he could do. 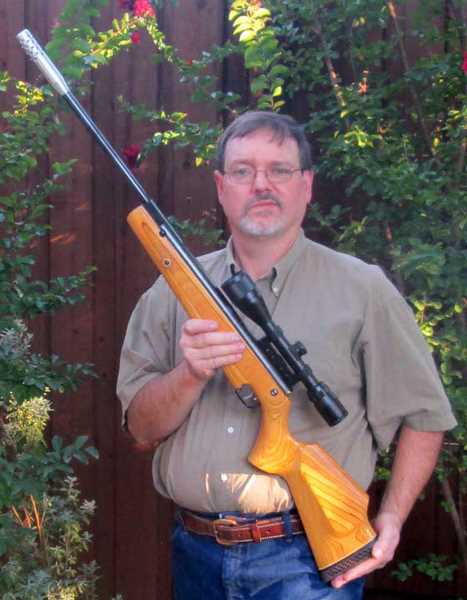 Bryan holds the first R1 he tuned. This one is his own rifle. Photo provided by Bryan Enoch.

The rest of this report will be about what Bryan has done for my R1. Naturally I plan to test it for you in the conventional way.

Before I describe what Bryan did to the rifle, let me show you the parts he made and customized. In this picture you can also see the rifle’s end cap that was trued and polished.

This is what Bryan put into the R1. Notice the bronze spring guides front and rear and the buttoned piston. The stock screw cups are brass, as is the new safety bar. The face of the end cap has also been trued up and polished, so the base of the new spring guide can turn easily without friction. Photo provided by Bryan Enoch.

The compression chamber was cleaned and honed to remove any burrs and also to freshen the cross-hatching on the cylinder walls. Then it was oiled and set aside while he worked on the other parts.

Bryan found the piston body to be oval by 0.035-inches at the base of the piston skirt. He trued it in a lathe, then he sanded and polished the piston body, even though it doesn’t need it, because it now rides on Delrin bearings (buttons) front and rear. He just wanted it to look good.

The piston rod that latches with the trigger when the rifle is cocked was found to be off-center by 0.025-inches. Bryan centered it to within 0.001-inches. He also polished it, just to make a good job of it.

Bryan installed an ARH mainspring and piston seal in the rifle. He sized the seal so the piston slid inside the spring tube just the way he wanted. Both ends of the mainspring were deburred and polished so they don’t cut into the spring guides at either end.

Bryan made custom spring guides from bronze for both ends of the mainspring. The forward spring guide is shorter and fits inside the piston. We commonly call this a top hat, because its profile looks like an old-fashiopned top hat. Not only does it prevent the mainspring from vibrating when the gun fires, it also adds some weight to the piston which makes it more resistant to bounce at the end of its travel. Each end of the guide has a Delrin washer to reduce friction.

Bryan also machined the cocking link arm and fitted Delrin bearings to remove any side play when the rifle is cocked. He also installed a new cocking pivot pin (where the cocking link attaches to the base block) because the old one was worn and loose. The rifle now cocks butter-smooth,  yet the barrel remains wherever I put it after the rifle has been cocked. The cocking smoothness has to be experienced first-hand to be appreciated.

When he examined the cocking shoe that connects the cocking link to the piston, he found it was cracked. He installed a new shoe on which he had first smoothed all the sides. Then he removed the piston liner to get access to the cocking slot that was milled straight and polished. When the liner was replaced it was polished so the cocking shoe rides on a slick surface.

He then cleaned the barrel (which hasn’t been cleaned in more than 10,000 shots) and installed a new Vortek breech seal. He also lightly chamfered and cleaned the transfer port.

Most folks call them screw cups. Bryan calls them escutcheons. They are handmade to fit into the stock perfectly and prevent the screws from chewing into the wood.

After everything was made and fitted, Bryan lubed all the parts (with what he didn’t say), then buffed the stock with 0000 steel wool and gave it a coat of Minwax. He delivered the rifle to me at the Texas Airgun show and the occasion felt like a father giving his daughter’s hand in marriage! Bryan got his start tuning spring guns by reading the R1 book, and now he was the guy who had given her the dream tune mentioned in the book two decades later! He was keenly aware of what he had been asked to do and where it was headed. 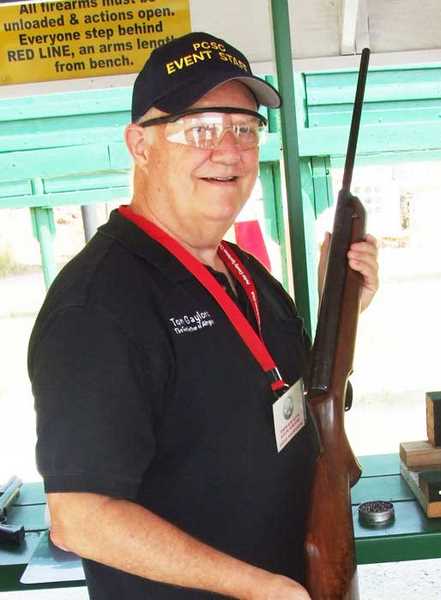 I received my tuned R1 at the Texas airgun show.

How much did it cost? If you have to ask…. Seriously, though, the price depends on what you want. I wanted the smoothest tune Bryan Enoch could give me. Naturally you will hear a lot more about this air rifle in future reports. 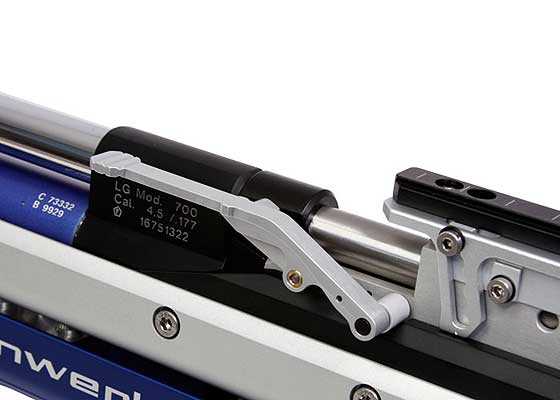 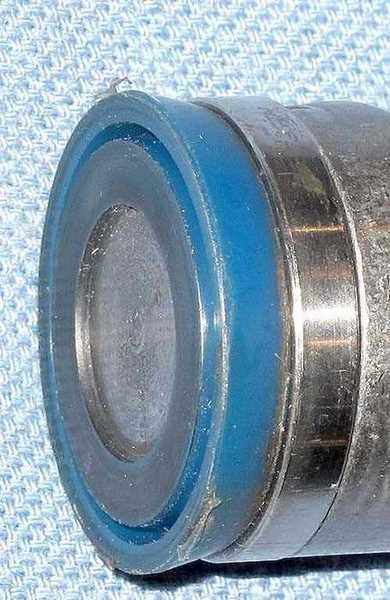