Handguns — one hand or two?

I’m writing this report for all the newer readers we have been getting over the past few months. I see a lot of discussion about handguns and many people are having problems with the hold. What’s right — one hand or two?

Like most things, this issue has no single correct answer. It’s a situational question. What you are doing dictates how you should hold your handgun.

One hand for me!

I started out only holding handguns in one hand. I was in my 50s before I ever tried holding with two — I was that rigid! My teachers were men like Elmer Keith who held handguns in what was considered a classic fashion at the time. It wasn’t until the 1970s that I saw a person hold a handgun with two hands, and when I did I was shocked. Then I learned that law enforcement was teaching this hold and that people were doing so much better with it than with a one-hand hold.

What finally convinced me was losing an informal 5-shot “match” to a local police handgun trainer in the late 1990s. We shot in Atlantic Guns in Silver Spring, Maryland and we both shot a Feinwerkbau P30 10-meter pistol. I shot one-handed and he used two hands, and after 5 shots his group at 10 meters was smaller than mine. I felt like Robin Hood at an archery match where the other guy split my arrow (see Robin Hood, Men in Tights). I lost a $20 bet that I thought was a sure thing, and, worst of all, my wife witnessed the whole thing. Losing in front of her made me feel pretty bad!

After that, I decided to experiment with a two-hand hold and see what was the big deal. It turned out that some guns — mainly semiautomatics — do lend themselves to a two-hand hold. There are exceptions like the German Luger, but they are few. Generally the boxy semiautos like to be held by two hands. I found I could shoot noticeably better using two hands than using just one. But it doesn’t end there, because it isn’t that simple.

I had learned how to hold a 1911-style pistol with just one hand many years earlier. The man who taught me also demonstrated the capability of that gun that until then I thought was pretty inaccurate. A 1911A1 in Lieutenant Colonel Bonsall’s hands was a real shooting machine! He got me interested enough to pay attention to what he did, and I could see immediate results. I reported on that special hold in this report.

If you hold some semiautomatic pistols too lightly in one hand, they will not function reliably. This is called “limp-wristing” the gun and the 1911-style guns are very susceptible to it. But holding with two hands makes it more difficult to limp-wrist the gun.

Limp-wristing does this — some guns like those built on the 1911 platforms use the recoil momentum to operate their slide. That momentum extracts and ejects the fired cartridge, cocks the hammer and strips another cartridge from the magazine before loading it into the chamber. This all happens in a fraction of a second — too fast to see, really. If you hold the gun loosely, you allow the gun’s mass to absorb some of the recoil momentum, taking it away from the slide that needs it to complete the reloading and cocking cycle. The most common symptom of a limp-wristed gun is a “stovepipe” jam. That’s when an empty cartridge is found sticking out of the ejection port on top of the slide — usually with the open end of the cartridge sticking out. The correction for this problem is to hold the pistol more tightly, so that your hand stops it when the gun fires.

Why ever hold with just one hand?

If a two-hand hold is more accurate — and I admit that I believe it usually is — then why would you ever hold a handgun with just one hand? Good question. Here are some reasons.

The rules of 10-meter air pistol, free pistol (.22 caliber pistol shooting at 50 yards), sport pistol and many other sports require a one-hand hold. If you try to hold the gun with your other hand you will be disqualified.

Then there are sports like Cowboy Action Shooting that may allow a two-hand hold, but many people prefer not to use it. Cowboys shot with one hand and the single actions were made to work well that way. The only good reason for shooting two-handed is to speed up your shooting because of faster recoil recovery and your thumb action to cock the gun is easier. If a shooter is motivated by his score he’ll use two hands. If history is his focus, he’ll use one. That goes for women, as well, except that women, being smaller-boned on average, may have a more legitimate reason to use two hands. They may also be historically correct in doing so.

Why use two hands?

We know that two hands give the shooter greater control of the handgun, but why would you want to do it? Well, hunters want accurate shot placement, and a two-hand hold gives them an advantage. Shooters in the action pistol sports and other timed events such as shooting at bowling pins need all the advantages they can get to lower their time scores. Two hands allows for that, because with two hands the handgun is at the apex of a triangle, rather than a weight on the end of a pole. A triangle is far more stable when moving rapidly.

What I’m not discussing

I have not addressed any of the specialized two-hand holds. These are all proprietary and shooters argue over them like they do sports teams. Personally, I use a couple different two-hand holds, depending on what I’m doing. So don’t think I forgot about this — I just didn’t address it.

My last word on the subject is that everyone needs to learn how to shoot a handgun one-handed just as all drivers should learn how to drive a manual shift car. Don’t tell me that you will never need to drive a stick because you will always have an automatic. I have seen too many instances where a person was in a situation they didn’t count on and were stymied because they were not up to the task.

You may not prefer to shoot one-handed, but at least learn how. 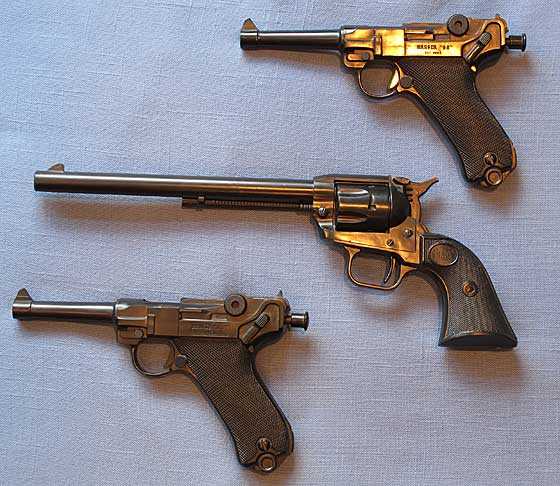 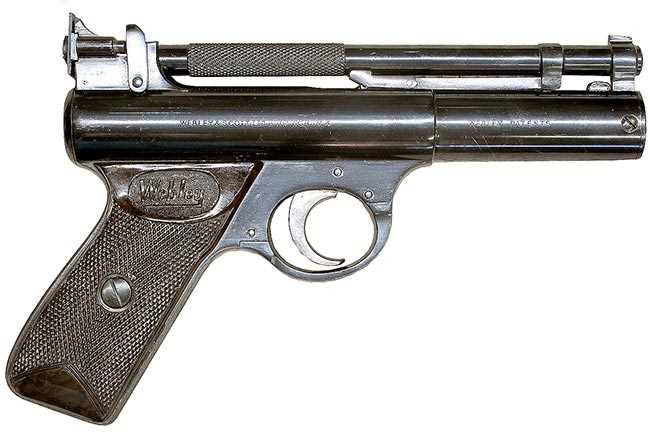