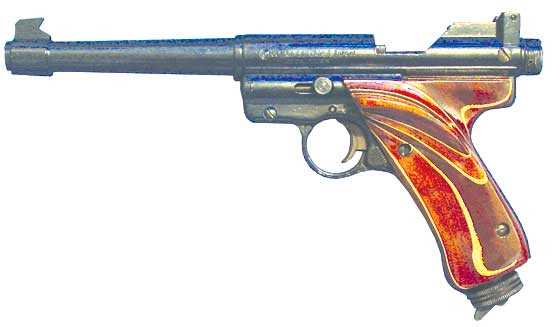 I’m stepping away from my usual report style today by asking the question, “What does it take to make you happy?” And by that I mean airguns. If you want universal enlightenment and a restored ch’i, that’s the class down the hall. What kind of airgun makes you happy?

I break my airguns down to those I think are beautiful and those that shoot well. For instance, the TX200 Mark III from Air Arms is a wonderful shooter, but it has all the grace of a cattle truck! It’s not pretty. Now, it is possible to stock one with a gorgeous piece of wood that will distract the viewer from the humpbacked profile of the rifle for a long time. But eventually people see the shape of the air tube as it morphs into the barrel and realize it isn’t very stylish. It’s a shooter, not a looker.

On the other hand there are a great number of very attractive spring rifles being made in Europe and the middle east that look wonderful, yet produce groups that are more properly called patterns. These rifles are so attractive, though, that it has become almost sacrilege to mention how they shoot.

Lookers and shooters is how I break them down. And with these categories comes the obvious possibility of an airgun that is neither a looker nor a shooter. A plug-ugly that can’t hit the barn wall when fired inside! I have tested so many of those!

And of course there is also that rarest of rare guns — the one that shoots just as good as it looks. I have owned a few of them over the course of time, but I know better than to expect one that is both beautiful and can shoot. My attitude is always — surprise me.

My preference is for the shooters. Call me strange, but when I shoot I like to hit what I aim at. I don’t mind a 10-meter rifle that looks like it was made from leftover parts. As long as it can shoot, I’m happy. Of course 10-meter airguns may look strange, but when they are held they fit like a glove. That’s called ergonomics.

A gun that fits well cancels a lot of negatives in the looks department for me. It can also create a conflict. For example, several years ago I ran a big test for “Shotgun News” in which I pitted a Crosman Mark I and a Smith & Wesson 78G against a modern Crosman 2240. Now, both the older air pistols look better and feel better than the modern 2240. They both have better sights and improved triggers, yet when the test was over the 2240 outshot the two classic pistols. 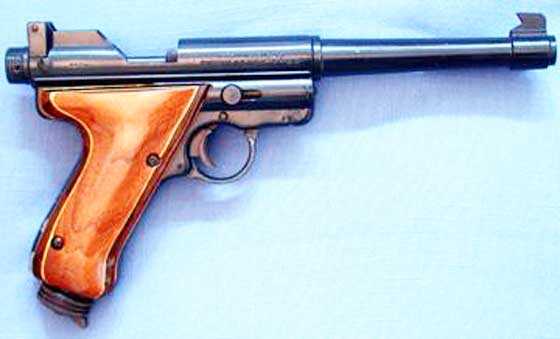 Crosman’s Mark I Target Pistol looks great and has wonderful features for an informal target pistol. 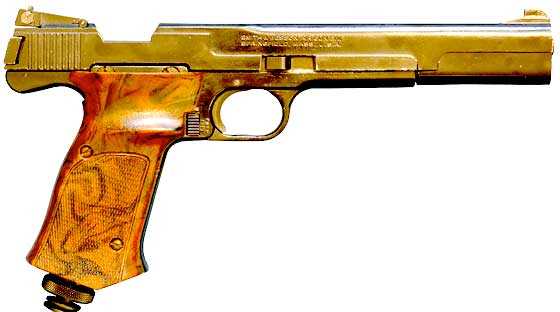 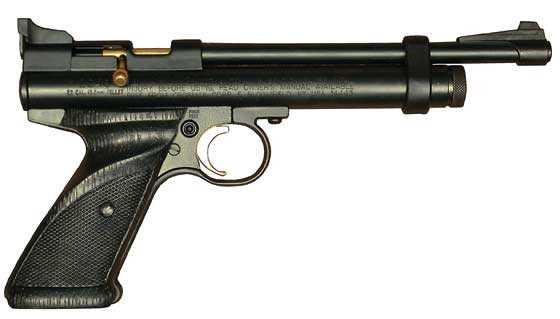 Crosman’s 2240 is a modern air pistol that combines some of the classic attributes in one inexpensive package.

What I’m saying is I prefer the feel, sights and triggers of both the Mark I and the S&W over the 2240, but the plain-Jane 2240 will shoot better than either one of them. Talk about a love-hate relationship!

On the flip side of attractive air rifles, you all know that I like the Beeman R1. I wrote a book about it, for gosh sakes! I think the R1 is one rugged-looking breakbarrel. But if I want to hit something at 50 yards, give me an RWS 34P or a TX200 Mark III any day. However, something about the R1 makes me keep it in my collection. Sometimes I go for looks over accuracy. 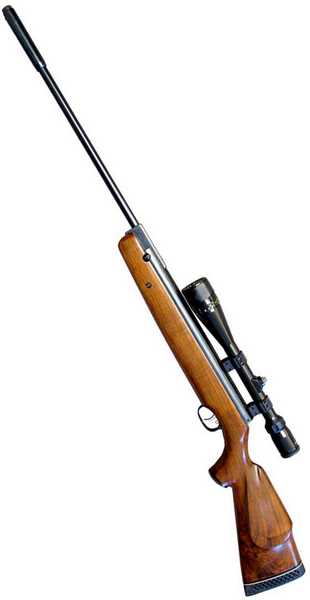 The Beeman R1 Supermagnum air rifle has held my attention for many decades.

No accounting for taste

I’m not trying to impose my personal taste on anyone today. There was a time in the 1970s and ’80s when a popular look for a breakbarrel springer was that of an electric guitar. The wood stocks were over-tall with deep forearms, thick profiles and finished with a mirror gloss. When I see one at an airgun show I’m amazed anyone ever bought it, but it was a popular custom look for awhile.

There is one last category for me — the guns I just like. They aren’t particularly attractive and they may not even be the most accurate, but something in their design or operation melts my heart — sort of like an ugly mutt at the pound who just needs love. The Diana model 27 is the poster-child of this category. It’s plain and not especially accurate, but it cocks easily, holds well and has a delightful trigger, once it’s adjusted properly.

The Diana model 27 is an all-time favorite of mine, despite being neither attractive nor especially accurate.

Another one that tugs at my heart is the straight-grip Webley Senior. It’s slow and not too accurate, but I feel like Sherlock Holmes when I shoot it (don’t ask why, I just do). 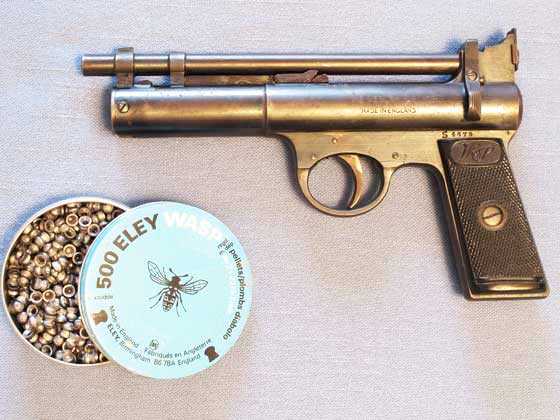 Webley Senior straight grip from before WW II is so quirky that I cannot look away!

Okay, that’s my take on the airguns I like. And there are certainly many more I did not menion, like my Beeman R8 Tyrolean that is so stunningly accurate. But I’m going to shut up now and let you tell me what kind of airguns you like, and why. 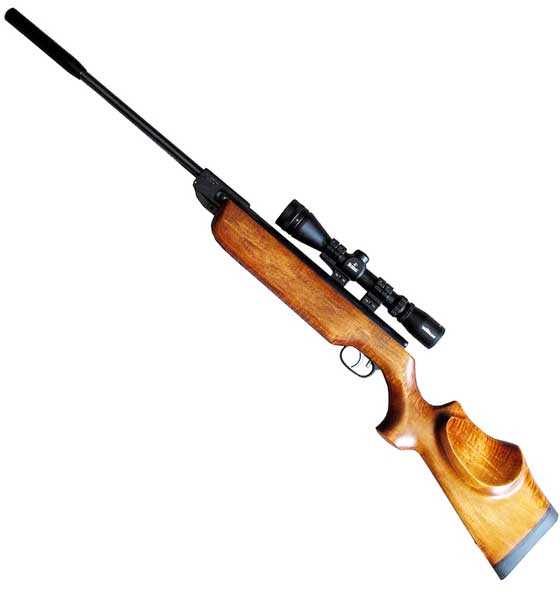 I’m nuts about my Beeman R8 Tyrolean that I happen to think is both beautiful and accurate!

80 thoughts on “What does it take to make you happy?”