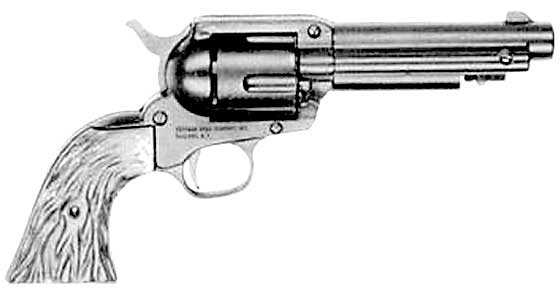 “I have a Crossman “single Six” .22 cal. circa 1959? and it needs replacement grips. I was wondering if Ruger or Colt SA grips would fit? Going to use it for re-enacting and the plastic grips don’t cut it. Thanks folks, Glad I found your sight. Don”

Are old airgun parts really that simple to make?

Don’s question started me thinking about a lot of things. The grips he wants are actually one of the easiest parts to recreate, and several people have done so over the years. But what about those parts that aren’t so simple? They begin with vintage sights and devolve into proprietary valve parts and seals. You hope the parts you need are off-the-shelf items that anyone can buy, and those things do exist. When that’s all you need, you’re in luck. But when the part is a proprietary item that was specially made for a particular airgun, you are in trouble.

You need a valve seat for a vintage air pistol. It doesn’t look like much when you hold it in your hand, but what does it take to get one made? Most people look at the part and imagine that it will take a skilled craftsman about 30 minutes to set up the job and make the part. Even if they aren’t getting the brother-in-law deal, they think the man making the part earns about $35 and hour, so the part should cost them $17. Let’s see about that.

The company that employs the craftsman who will make the part does pay him $35 for every hour he puts on his timecard, but he actually costs them a lot more than that. With retirement contributions, vacation, sick leave, unemployment contributions and government-mandated healthcare, that person actually costs the company about $59 an hour. But wait — there’s more. They have to put a roof over his head, and that’s called overhead (ha-ha). And the CNC machining center he works at cost them $193,000, which they amortize on every job he does.

A fork in the road

Now, this is where it starts to get tricky. If they used a 3D scanner to determine the initial dimensions of the part, that hardware/software suite that they use costs another $63,000 and also gets amortized into the production cost, plus someone has to pay for the time it took to take the initial scanned dimensions of the worn-out part and massage them into the dimensions of a new part. Too bad you weren’t able to give him a dimensioned drawing when you brought the part in, but that’s life.

And of course the company making the part for you isn’t in business as a charity. They have to make a profit, too. So your “simple” part will cost you $121.50 and you’re getting a deal. they will be able to work it into their schedule sometime within the next 6 weeks.

Okay, you went to the wrong place. You should have gone to this other place called Bob’s Job Shop that doesn’t have all that fancy-schmancy equipment. The craftsman works on a conventional 12-inch Atlas lathe that you remember from metal shop. And he doesn’t make $35 and hour. He gets $18.50 an hour, and Bob’s has him working just enough hours to keep his benefits package real low. They still have to put a roof over his head, but nobody said it had to shed water when it rains! These guys can do the job for $47.75, which sounds like a bargain compared to what the first place wanted. Just be careful they don’t rush the job so much that the sealing surfaces of the valve seat aren’t smooth enough to seal!

Come on, B.B., we are talking about a simple plastic part here! It shouldn’t have to cost that much! It’s not being made to aerospace specs. Don’t I have a right to get a part that works? Why can’t I get this part for $1.25, which still looks like too much money, but is one heck of a lot better than what you have been telling me.

Oh — you want to pay $1.25 for the part! Why didn’t you say so? To do that the part has to be made with little or no human intervention. In other words — no time on the clock. That’s possible if the part is made by a volume process like injection molding. In fact, one part will only cost you $0.42, but you have to buy 20,000 for that price. If you buy just 5,000 they will be $1.63 apiece. And the mold that you will have to have made will run around $12,000, give or take. But once you have it you can make hundreds of thousands and not spend another cent, other than the per-item cost.

But there is another way. If you only want 5,000 we can get them for $0.91 apiece from a CNC shop. There will be a $900 setup charge, after your dimensioned drawings have been entered into their CAD system and debugged. But hey, the next time you want to buy another 5,000 we will only charge you a $350 setup charge. That’s cheap!

Okay, gotcha. The good news for you is that Rick Willnecker, a guy in Pennsylvania who owns a large repair center, has already done all the up-front investing. He has had dozens of important vintage Crosman parts remanufactured — and bought the requisite numbers of them to get the prices down to something reasonable. The part you want is one he had made up ten years ago. It was cheap. He was able to buy 5,000 for $0.67 each, after he paid the $900 setup fee. Over the past 10 years he has sold 734 of these parts to repair stations and private individuals like you at $3.50 apiece. That’s $2,569 he has made, and it only cost him $4,240 to make it. Hey — he should run for a government office, right?

This is one of his slower-selling parts, of the 46 vintage Crosman parts he has in inventory. The year 2023 should be a good one, because that’s when he expects to turn his first profit on this part. You can get better odds from the Powerball lottery!

Are you upset because Rick charges $3.50 for something that costs him 67 cents? Do the math and see what the real cost is.

Yes, there are hidden costs for those vintage airgun parts. If someone invents a time machine, they could go back and buy them from Crosman when they were selling for just 30 cents each. Of course at that time Crosman would demand to be paid in silver certificates that will only cost you…

The one bit of truth in today’s report is that Rick Willnecker of Precision Pellet really does have a supply of vintage Crosman and Benjamin parts that he has had remanufactured. He is the source of many key parts for the repair stations.