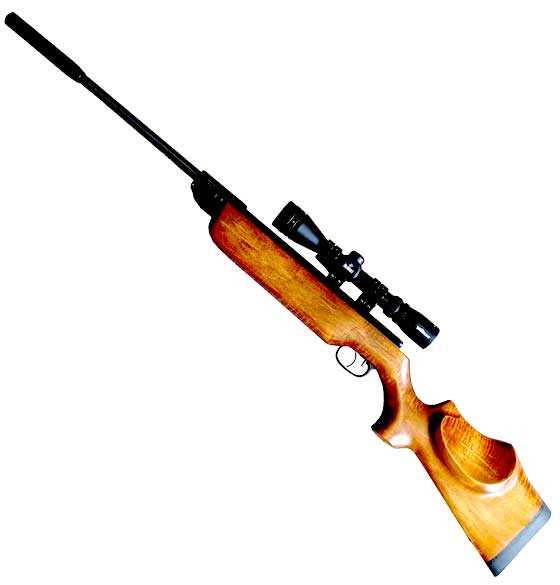 To be honest, I was looking for an opportunity to shoot my Beeman R8 Tyrolean rifle today and this came to me. We filmed this segment for “American Airgunner” back in 2010 and the results were very dramatic, so I want to share this with everyone who didn’t get to see that show.

I will shoot three common pellet shapes at 10 meters, 25 yards and 50 yards, so we can compare how they do as the distance increases. I write about this a lot, but haven’t shown the direct results in any of my writing. Today we start correcting that.

Popular wisdom says the domed pellet is the most accurate as distance increases. The pointed pellet is the least accurate at any distance and the wadcutter is very accurate close up, but the accuracy falls away at about 25 yards. In an ideal world I would select the most accurate of each of these three pellet shapes to test at each distance. Well, guess what? The world isn’t perfect, and I don’t have that information. I could conduct another test of each pellet type to find that perfect pellet for the Beeman R8, but most of us won’t live long enough fto see such a test completed. I certainly won’t!  After three reports like that you guys would be using the comments section to talk about slot car racing!

So here is what I’m going to do. I’m going to take a domed pellet I know shoots well in the rifle, a good wadcutter and an RWS Superpoint that’s the best pointed pellet I know of, and go from there. This really isn’t about which is the best pellet for the rifle — it’s about what happens to each pellet shape as the distance increases. At 10 meters they all should be good.

First up were RWS Superpoints. They thankfully landed just below the 10-ring that’s just a dot on this target. That was my aim point and I wanted to preserve it throughout the test.

Ten Superpoints went into 0.365-inches between centers at 10 meters. That’s better than I expected. 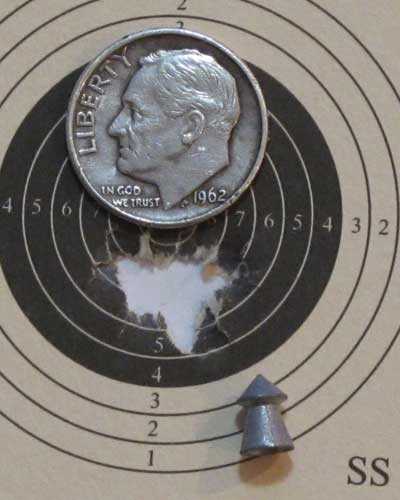 For the wadcutter I selected the Vogel wadcutter that sometimes does very well in a 10-meter rifle. In the R8 10 of them went into 0.379-inches at 10 meters. This group looks much larger than the first one because wadcutters cut clean holes, where pointed pellets slip through and allow the target paper to close after them.

This large group surprised me, but on shot 4 or 5 I took out my aim point. After that I was guessing where the dot was, and that probably made the group a little larger. 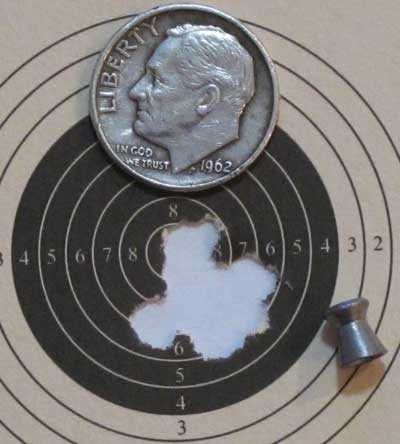 Ten Vogel pellets went into a 0.379-inch group at 10 meters when shot from the Beeman R8.

For the domed pellet I chose the Air Arms Falcon pellet. It usually does very well in this rifle. This time 10 Falcons made a 0.411-inch group that was the largest group of the test. 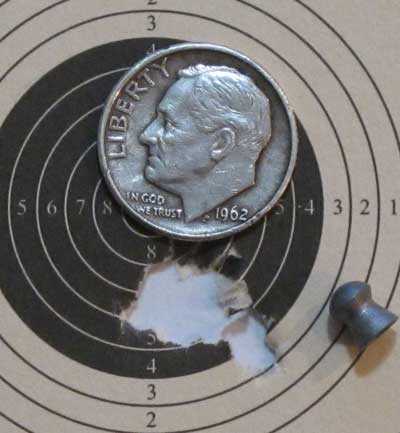 Well, I certainly learned something from this test. I didn’t expect the Superpoints to group the best, but they did. I also expected the Falcons to be the best and they are the worst. Of course “worst” is a relative term, because this R8 is such an accurate rifle.

Also, 10 meters is much too close to learn anything about pellet accuracy. You’ll see that when I back up to 25 yards. I expect the wadcutters to start spreading at that range and the Falcons to surprise us by their accuracy. As for the Superpoints — I don’t know what to expect. And that’s why we do this. 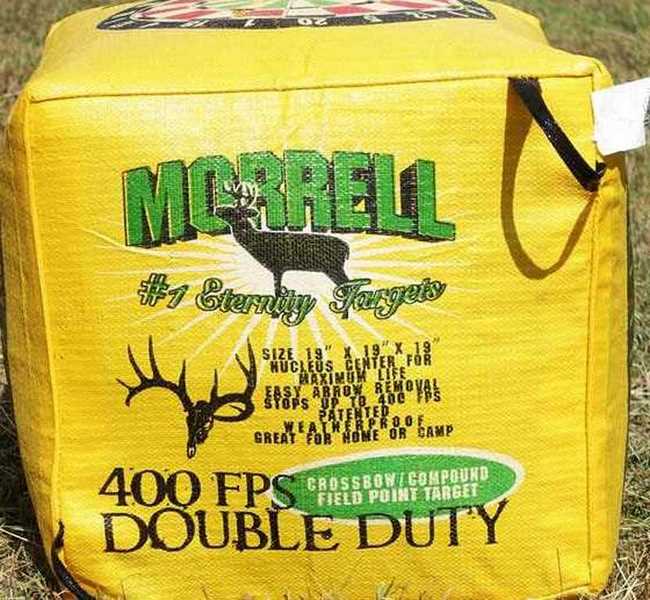 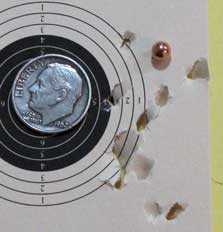 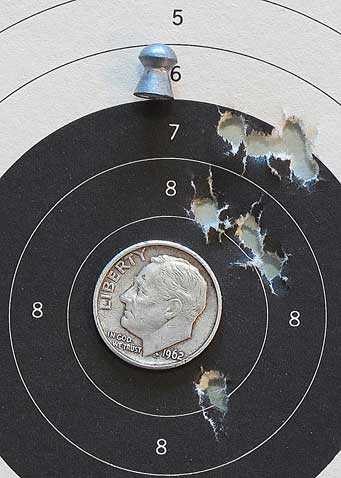