Today we start looking at the accuracy of the .22-caliber Benjamin Gunnar. And by start I mean there will be several more reports like this one.

I mounted an Aeon 8-32X50 scope on the rifle in 2-piece UTG cantilever mounts. The mounts were what was handy in a 30mm size, but I want to report that the Gunnar rotary magazine does not stick up above the Gunnar’s receiver. and that makes mounting a scope easy.

The scope has parallax adjustment down to 10 yards on the left side, so sighting-in should have been easy.

Well, here is where the day blew up. I figured the Gunnar was going to be accurate so I shot one shot at 12 feet and when it went to the right place I backed up to 25 yards. I planned to shoot 5-shot groups today so I could shoot a lot of different pellets and hopefully find the most accurate ones.

The rifle was shot off a sandbag rest. I pushed the rifle forward, though not too far because the Gunnar is muzzle-heavy.

I mounted the DonnyFL Ronin silencer to keep her highness, Dale Evans, appeased. And with it the rifle was super quiet but not that accurate. Ten Air Arms 16-grain domes went into 1.037-inches at 25 yards — yuck! 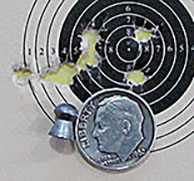 That group made me wonder if the silencer was throwing things off. So I removed it and shot 5 more pellets. I aimed at the target above the one I had just shot, but the pellets now went 8 inches to the right — into the door jamb of my garage door. Game over!

Because I am shooting into a rubber mulch trap I don’t hear the pellets hit the target and I didn’t hear any of these, either. And the target had too many holes from sight-in to know where they were going. I should have stopped but I didn’t.

So now I moved the shooting bench up to 10 meters and continued the test. Yes, I did apply many clicks of left adjustment before shooting again. My first group was with the silencer off the rifle and the pellets hit low and right, even with the adjustment. But at 10 meters they don’t move that far so they were only three inches to the right of the aim point.

At 10 meters without the silencer the Gunnar put five Air Arms 16-grain domes into a 0.256-inch group. It’s low and right of the target.

Now I attached the silencer and shot a second five Air Arms 16-grain domes. The group moved 1-3/4-inches to the left and dropped another 1.5-inches. Five pellets went into 0.479-inches this time. From that I’m declaring that the Gunnar doesn’t like this silencer. I will shoot without it for the remainder of the test.

Now I know that a five-shot group isn’t proof of much and 10 meters is too close, but I see a significant difference between the silenced and unsilenced rifle in these two groups. I have to cut corners somewhere and this is where I’m doing it.

After these two groups I adjusted the scope more to the left and also up.

Next up were five JSB Exact Jumbo Heavy pellets. They made a 0.051-inch group at 10 meters. Now — THAT’S a group! This is a pellet to test at longer range.

Five JSB Exact Jumbo Heavy pellets went into 0.051-inches at 10 meters. This is what I expected from the Gunnar.

I tried five Apolo Air Boss pellets next. They made a 0.129-inch group at 10 meters. That’s also a good one.

The Gunnar put five Apolo Air Boss pellets into 0.129-inches at 10 meters. This is another good one.

Next I tried five H&N 0.218-inch 23-grain slugs. The Gunnar put them in 0.359-inches which is too large compared to the last two pellets.

The Gunnar put five H&N slugs into 0.359-inches at 10 meters. Compared with what we have seen, that’s too big.

The last pellet I tested was the H&N Baracuda Match with 5.53mm heads. Five of them went into 0.197-inches at 10 meters. That’s good enough to earn a spot in the 25-yard test.

After all the targets were measured I realized that it was the heavier pellets that weigh 18 grains or more that did the best. Apparently the Gunnar likes them. That will help me structure the next accuracy test.

And this rifle does not like my Ronin silencer. I’ll leave that off next time.

I’ve never had a test that went like this one. The holes in my door jamb are a reminder that things don’t always go the way we expect.

Is the Gunnar accurate? It’s too soon to tell with just a 10-meter test and 5-shot groups. I still need to get back to 25 yards to let the rifle stretch its legs. But it is looking promising.

The bit with the silencer was a rude awakening, too. But at least I have recorded it so next time I will be ready. 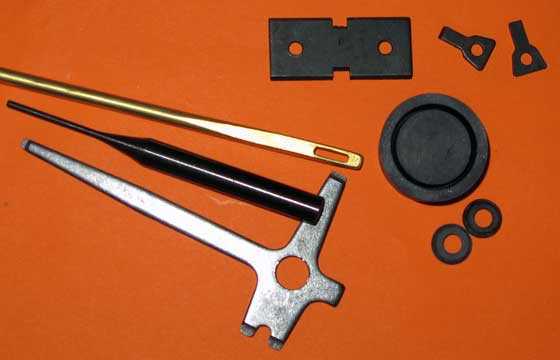 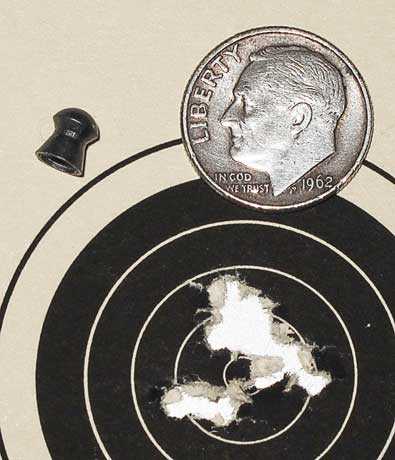 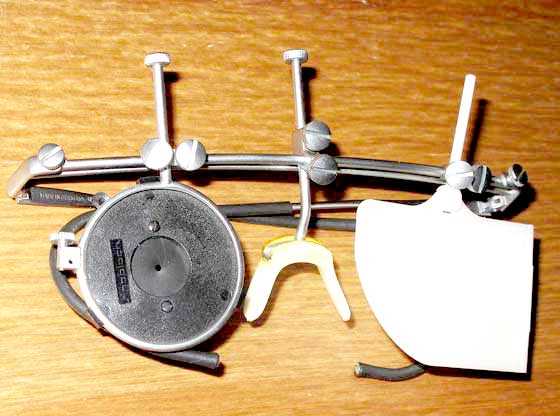