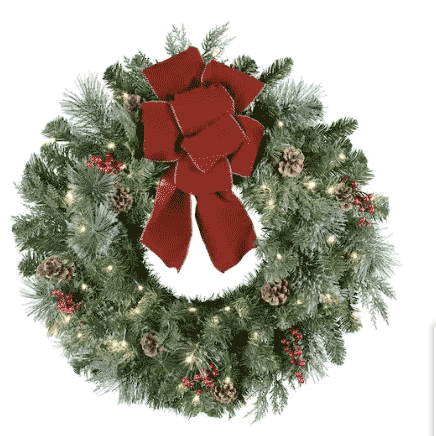 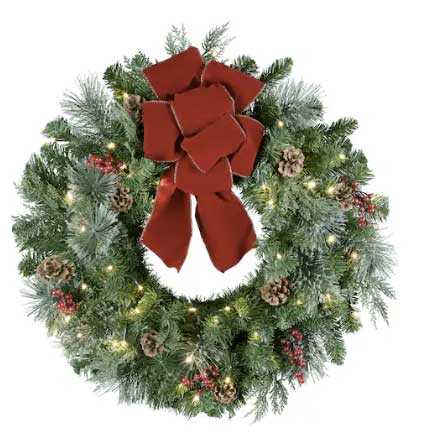 Remember, I’m taking Monday off. I’ll be back with you on Tuesday.

This report is a Christmas gift. It’s a gift to all those airgun companies that are watching the blog to see what airgunners want, and I hope it’s also a gift to you readers who are the airgunners I’m talking about. Here we go!

Reader Vana2, whom we know is named Hank was the inspiration for this report. A couple days ago he sent me an email that read:

“Why is there even a market for airguns that are so inaccurate that hitting a soda can at [10] meters is more luck than skill?

Can see (sorta) that Co2 replicas are “like the real thing” collectibles – especially here in Canada where pistols over 500 fps are restricted – but you have to admit that their “accuracy” leaves much to be desired.

“Don’t know, maybe it’s because I still use a slingshot (my first real projectile weapon) as my “minimum accuracy point of reference”.  I’m out of practice but I used to shoot 1 inch groups at 10 meters and soda cans at 20 meters with a homemade slingshot. (Now that my cataracts are gone and I can see again, I’m getting back into slingshots – will be making a bunch this winter).

“There are lots of reasonably priced accurate airguns on the market and I can easily justify the sticker price on an Air Arms, FX or Weihrauch airguns but IMHO, I think the Oktoberfest is poor value for the money.

“Yeah, it’s each to their own. Maybe you can help me see the value in airguns that can’t match the accuracy of a slingshot.”

To which I replied:

“The answer is complex, but a large part of it is there are people who know nothing about airguns or shooting and they are in positions to make decisions they shouldn’t be able to make.

“Watch the movie Big to see a similar story about toys.”

On the website Hank said this to reader RidgeRunner:

“Do you try to sell a modified model  as something new (maybe to divorce yourself from a product that has a bad reputation) or do you want to take advantage of a product name by sticking with the original name?

“Guess that depends on whether “new and improved” means cutting manufacturing corners to increase profits or that there are technological improvements incorporated in the new model.

“Seems to be a da–ed if you do, da–ed if you don’t sort of thing. People complain that FX is constantly improving their products but the market is demanding that they do so. Like the Impact development history… MK1 was a 33 fpe (in .22) pellet gun that became a pellet/slug 60 fpe MK2 that is now a 90 fpe slug/pellet  MK3.  FX could have continued making the MK1 (demand exceeded availability) but the followed their customer’s needs/wants for a pellet gun that could shoot slugs.

“So, do you make a good product, maximize the product life/minimize the investment for the best profits? Or do you adopt a continuous improvement model and hope to cover development/tooling costs by selling new models to people who always want the latest and greatest?

Today’s blog is an open letter to airgun retailers and manufacturers. This is my Christmas gift to you. Watch the move Big to see an illustration of what I’m saying. In that movie you’ll see what happens when people who like toys are put in charge of creating new toys. They don’t go by “market trends” or by what the other guys are doing. They go by what feels like fun to them.

Right now I can tell all of you three things that airgun buyers want:

Now, every airgun maker will tell you that these things are costly, dangerous and hard to create. No, they are not. What’s costly is trying to apply lipstick to a pig and then convince everyone that she is pretty.

Nobody has to say boo about a TX200 Mark III. They sell themselves.

Yes, it is. But that doesn’t mean that ALL accurate airguns with good triggers have to be expensive. Stop looking at what is and start thinking about what could be.

Remember the Benjamin Discovery? There was an airgun that was created around what could be — a powerful, accurate air rifle that could be filled with a hand pump and was affordable. Before it came to market there had never been anything like it.

The CEO of Crosman asked me whether I thought they could sell a thousand of them in a year. I replied I thought they could sell two thousand.  By the time the first year passed Crosman had run out of the 4,000 walnut stocks they had made for a different promotion but used on the first Discoverys. How many more they sold we’ll never know, but suffice to say the world of precharged pneumatics changed forever.

And the Discovery didn’t even have a good trigger! So what was the number one thing buyers did to their new rifles? They found ways of making the trigger better.

Quit watching the other guy

So company A sees that company si, I mean C, puts fiberoptic sights on their rifles. They sell a bunch of air rifles, so fiberoptic sights must be what people want. No — they aren’t. People want good adjustable sights they can see and hit things with. You don’t have to look far to find those. And they don’t cost any more money than those Christmas tree lights you want to hang on your air rifles.

Most of a large company’s sales are in large discount stores. They make sales of tens of thousands of units and, though the profit per item is small and the returns are one-sided (the box stores get to return anything and it MUST be credited, or else no more business), the company makes most of their money in that market.

BB understands. But you have shoehorned your future into a tiny box that has no way out. Meanwhile Air Arms will continues to make TX200s as fast as they can and they won’t be able to keep up with demand.

Yeah but they only sell a thousand per year, or so. Maybe even less. They are small potatoes compared to our company.

Yeah, and where were you 25 years ago when the TX200 was even smaller than it is today? Didn’t you used to make a lot of the products you sell right here in the good old US of A?

In the People’s Republic of China there is a company in the city of Macau that knows how to make airguns that airgunners want. They called one of them the Nova Vista Leviathan and now Pyramyd Air calls it their Air Venturi Avenger, and lookie, lookie — who’s got the cookie!

And here is the deal. The PRC hates free enterprise because it puts to shame their governmental worldview (that communism is the best way to rule a nation), but they need the cash that is flowing into their nation and these guys are ones who are making it happen. Oh, well — we’ll build up a war chest and then put these shameful people in their place. And besides, we have many capitalist companies paying us large amounts of money to make whatever airgun junk they dream up.

And the dreamers are the guys and gals who came into these companies last month and were handed a thick file labeled “The Way We Do It” and put on planes to the Orient to meet with their counterparts. Their marching orders, “Get the cost as low as you can, then promise them 110 percent sales for another 2 percent off.” Our agreement says we can cancel anytime our sales don’t reach our projections.

Meanwhile there is AirForce Airguns. Started on a bet, AirForce is so efficient at making what they make that even the Chinese can’t keep up! The Chinese are now making plastic toys that resemble AirForce air rifles because when they try to make the real thing they fail miserably. Why? Because AirForce looked at those three things airgunners say they want. They threw out the wood and steel but gave them the accuracy, a good trigger and something they didn’t ask for — power! And when competitors came along claiming more power, they turned up the tap. Their open-ended modular design makes it easier (not easy, you understand) to do this. And, they are light on their feet. They can do in months what their competition takes years to do.

Okay, big manufacturer, here is your gift. Hire ONE real airgunner and then listen to him or her. Maybe you already have such a person on your staff. LISTEN!

Start small with a single project. For example you may have a sample airgun that’s accurate and has a decent trigger. Start there. That’s how the Air Venturi Bronco was created. Mendoza had a nice youth rifle stuffed into a horrible Eurotrash stock. Air Venturi dropped the barreled action into a nice western stock and the Bronco was born!

If your project works, start another one. Continue with the box store business because you have to meet payroll, but carefully cultivate your small projects until a new line is born.

I was asked in 2006 whether the market would ever recognize Crosman as a maker of precharged pneumatic airguns. I told them that in two years after the launch of the Discovery they would own a major part of the PCP market.

I have one word — Marauder!