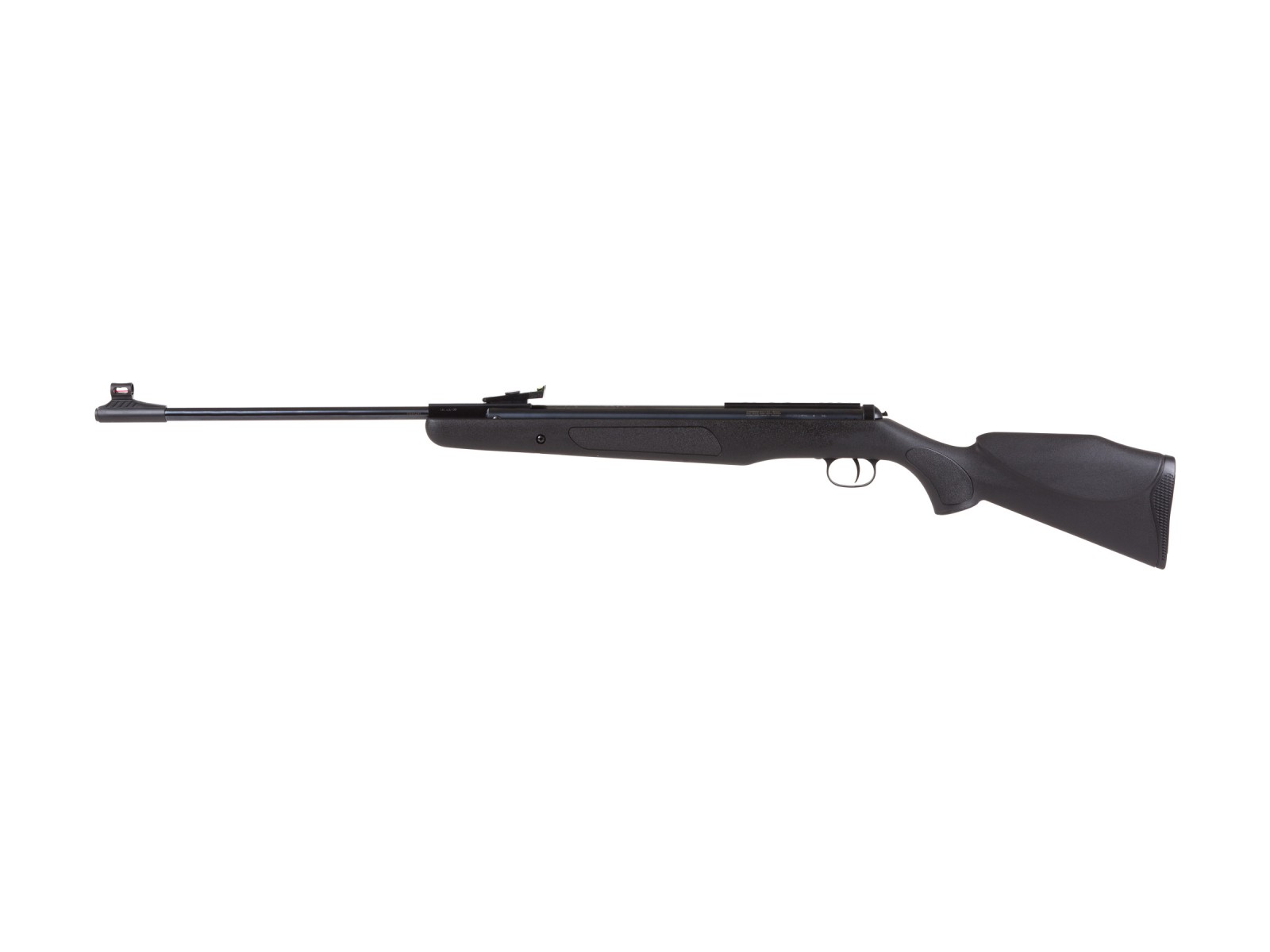 Diana Panther 350
Product DetailsItem comes in various specifications. Check product details to select what is best for you.

Things I liked: While removing the Panther from the box the first thing I noticed was the deep dark blueing on all the metal surfaces, and that even includes its hidden operating mechanisms. The rifle is not hidden beneath barrel shrouds or silencers so its sleek profile is easily indentifiable, and it is the classiest rifle in my collection. The stampings and machining are perfect, and apparently the rifle received some TLC before being shipped, as proven by the first three shots formed a 1 inch group just to the left of the target bullseye sitting at 30 yards. Thank you Diana!

Things I would have changed: Perfection is difficult to try and improve upon. I appreciate the package didn't include a scope so I can now mount one of my own choosing.

What others should know: Just a few days later I again fired another three shot group using the fiber optics, and it was just as good as the first group. I intend to mount a good scope in order to tweak out this rifle's best potential accuracy because it is looking like I may have a real tack-driver here. The Panther is heavier, but probably not as much as my Benjamin Trail NP, so it remains steady while taking aim offhand. There are no sling mounts. Some back-up power is required using both my arms just to cock the barrel. It's a real powerhouse and is as loud as a 22LR rifle when it fires. The tech at Diana gave it a hair-trigger which is really cool, so without having to do anything, it is ready to use just as it came out of the box. Thank you Pyramyd Air!

Things I liked: The rifle has great balance, power and can be very precise. Beautiful lines , the blueing is superb. As for power it surpasses the Diana 460 , this gun is quite capable of bringing down raccoons or fox. I would have loved to give it a five star rating in all categories but for the need of having to professionally tune the gun.

Things I would have changed: It has some serious issues with the screws coming loose and the top hat of the nitro piston shaft is too small for the piston head which makes it wobble. The open sights on my gun were useless. Rifle shoots very well with a scope, but needs the utg weaver mount to compensate for droop.

What others should know: It can be a great gun properly tuned but it seems like something happened at Diana and they cut corners in R&D in a rush to put a Diana nitro piston on the market. I had mine expertly tuned and it turned out to be a fantastic hunting rifle. The power is comparable to the Hatsan 135 but with excellent accuracy at long ranges. I spent the money on a good tune job because Dianas in my opinion are the best air rifles on the market , powerful, accurate and super dependable. Cocking effort is heavy.