×
0
×
The Big Game Bonanza: we could Pay for Your Order!Terms & Conditions. 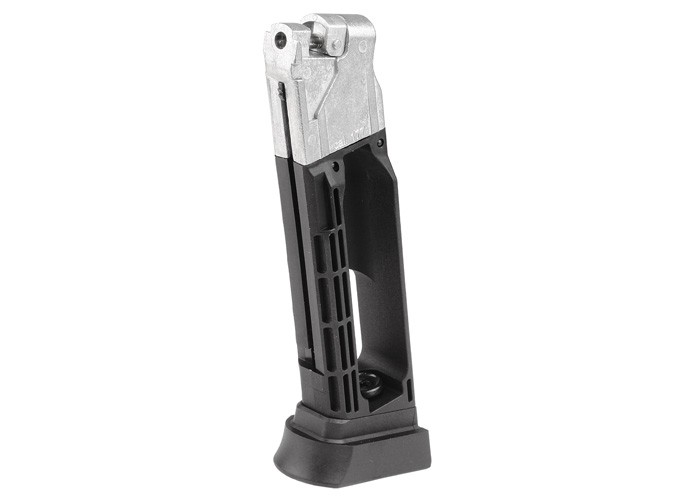 See other products by ASG > CZ

$25.99
Get an extra mag for your CZ 75 SP-01 Shadow BB pistol and load it up before you hit the range. That way, you won't interrupt your trigger time!

See other products by ASG > CZ

It fits the gun and drops like a real gun magazine.

I had issues with the original magazine that came with the gun(it is the same exact magazine), the gun jammed, and I couldn't shoot a whole loaded magazine. So I tried a new one and had the same exact issues. 1. the opening inside the magazine is too high, pushing the BB's higher than the opening, causing the gun to jam. 2. the follower protruded above the opening, pushing the BB's up too high in the magazine. I filed the follower on the original magazine, and I filled the hole above the opening with JBWeld so the BB's were even with the opening. I think this is a design flaw since both magazines were new and both did the same thing. Even after the modifications, the magazines still did not operate 100%.

If it worked properly, I would give it more stars. It is still useable. I like this magazine better than the stick or skinny magazines. Even if it doesn't work properly, you can still practice putting it in the gun and dropping it just like a real gun.