Before we begin today, I wanted to remind you of the 2nd Annual Airgun Extravaganza in Malvern, Arkansas. It’s being held on Friday and Saturday, April 15 & 16. Contact Seth Rowland for more infomation.

Make reservations now because they may fill up since the show’s being held on the same weekend as the Arkansas Derby. I have two tables reserved, and the Lord willing I’ll be there with Mac.

Now, for today’s report. From time to time, I’m asked to verify some facts by testing airguns in a certain way. Reader Victor questioned the accuracy claim for the Tech Force 79 Competition Rifle in the last report, and rightly so. It said the rifle is capable of a 5-shot group measuring 0.08 inches at 10 meters — something that the world’s top 10-meter rifles of today still struggle to achieve. I reckoned that the number had been mistakenly carried over at Compasseco in the past from the Chinese BS-4 target rifle that is a near-perfect copy of the FWB 300. That one really was capable of stunning accuracy. When Pyramyd Air purchased Compasseco, they used that description and this detail was never questioned. Given the large number of products that had to be added to Pyramyd Air’s website, it’s easy to see why not.

However, my struggles with the TF-79 during accuracy testing caused Pyramyd Air’s leadership to examine the rifle more critically, and this past week I was asked to establish a new accuracy figure for the rifle — one that’s realistic. Also, one that we know can be obtained. Since I spent an entire morning testing this rifle again, I darned sure was going to get a blog out of it!

I already had a great target from the RWS R-10 Match Heavy pellets. I showed it to you in the last accuracy report, so it became the group to beat. Remember, I’m testing just one rifle. Others may be more accurate and some may be less accurate, and there’s nothing anyone can do about it. No dealer can give you absolute accuracy information for every rifle with every possible target pellet. It simply takes too long. Even the $3,000 rifles are tested with only one pellet. To do otherwise would add hundreds of dollars to the cost of the gun, and would still be meaningless, since at any time a better pellet could come along.

Lest any of you get on the “machine rest” bandwagon at this point, that’s not how 10-meter guns are tested at any factory. They’re tested by human shooters, shooting off a rest. The one time I actually used a machine rest (a heavy machinist’s vise) was at AirForce, testing the Edge, and the results were no better than if I’d held the rifle myself. So, get off the machine rest/vise kick. It just isn’t done in the real world in the interest of time, and it isn’t necessary.

Having said all that from my bully pulpit, I also must admit that the people who test 10-meter rifles at the factories in Germany and Austria are the closest thing to vices that still have a heartbeat. They get real good at what they do, and you can see it in the tiny groups they send with their rifles. On the other hand, I’m just an average joe. I know how to shoot. When I get in the zone, I can even shoot pretty well. But I’m not the equal of the guys who test Olympic-grade 10-meter rifles for a living.

For this test, I had to get into the zone and stay there throughout the test. And THAT, my friends, is where the value of shooting the Ballard .38-55 centerfire target rifle comes in! You may recall that in my last outing to the range, I discovered the zone for the Ballard, and the last two targets showed it most dramatically. With that experience fresh in my mind, it was easy to get into the zone with the TF-79. I think you’ll see that my results prove it.

The target to beat is the best one I shot in the last test. That was with RWS R-10 Match Heavy pellets and measured 0.244 inches across the centers. 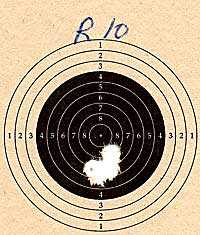 The best group of five pellets at 10 meters with the TF-79 rifle being tested was this group of RWS R 10 Heavy pellets. It measures 0.244 inches across the centers.

Pyramyd Air asked me to do a comprehensive test of H&N target pellets (they’re the U.S. importer). I did test other pellets, as well, but 14 groups of H&N pellets were fired during this test. All pellet head sizes of every pellet used in this test were 4.50mm. While other sizes exist, nearly everything I have on hand has that same head size. The JSB S100 pellet (4.52mm head) that I tested in this rifle in the last test made a poor showing. I’m thinking this may be the best head size for this rifle. That’s just a guess, since there’s simply not enough time to test all of the 50+ tins of target pellets I have on hand. 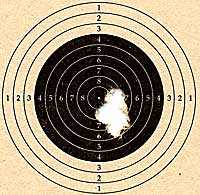 The best target of the session was the very first one fired! Five H&N Finale Match Rifle pellets went into this group measuring 0.269 inches between centers. 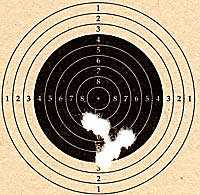 All my guessing turned out to be wrong. The H&N Match Rifle pellet had a wider spread of accuracy than some others. It averages 0. 33825 inches for five groups. That’s not a great showing in light of what was to come.

H&N Finale Pistol Match
H&N Finale Match Pistol pellets were next — and they surprised me. 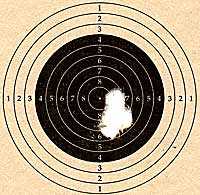 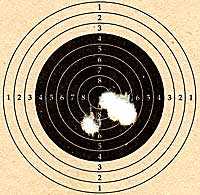 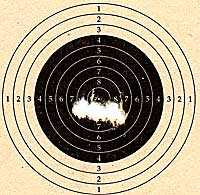 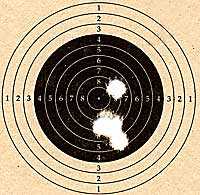 As you can see, the targets of the H&N Match Pistol pellets varied widely in accuracy. They averaged 0.39567 inches for all groups shot.

I also shot a special hunting pellet that’s currently a secret but will be revealed soon. I’ve been testing this pellet under various different circumstances, and in this test it surprised me by turning in the second-best group of the entire test! 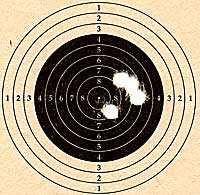 A surprise was this single group of five special hunting pellets that averaged 0.279 inches between centers.

I won’t tell you what pellet is is, yet. When it comes to market, I’ll direct your attention back to this group.

The bottom line of this test is that the TF79 shoots pretty much the same as I tested it last time. By concentrating on H&N pellets, I did manage to show their performance in far greater detail. The RWS R10 pellets are still the best in this particular rifle, and 0.244 inches is still the best group I’ve shot with it. I did shoot one group of R10 pellets in this test and got a group measuring 0.30 inches between centers, so it’s still a very consistent performer.

I was entirely in the zone throughout the test, and only one target had to be thrown out because of technical difficulties (sighting variations) that were noted. So, we’re going to show the potential accuracy of this rifle to be 0.244 inches. Some may be better than that, of course, and others may not be as good.

Also, you get a bonus out of this. After this exhaustive test, I got out four vintage world-class 10-meter air rifles and went to town, just to make sure I still know how to shoot air rifles. You’ll get to see the results of that on Friday. 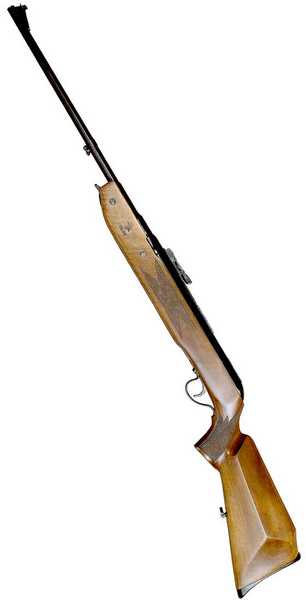 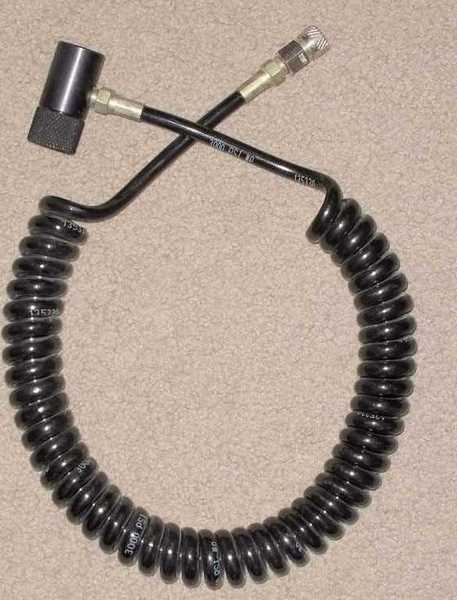 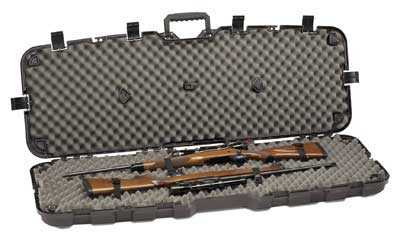