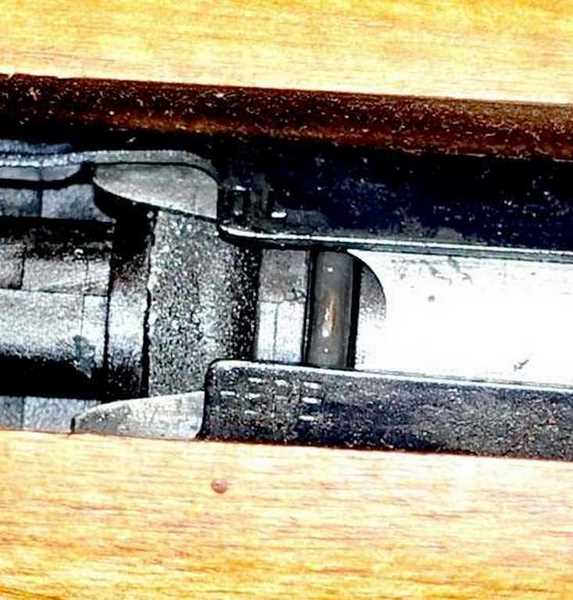 A couple things before we begin

Today we look at velocity of the used 853 I recently bought, and I have couple things to say before we start. First, if the velocity is low, it’s not a problem, because one of the brilliant things about an 853 is how easy it is to overhaul. Daisy supplies the parts at low cost, and there are plenty of websites that walk you though installation. So if the power is low, I will rebuild the powerplant for you. Daisy rates it at 510 f.p.s, so that’s our baseline.

Next, I want to show you how I treat a new pneumatic. Pneumatics need oil on their o-rings and other seals to do their best. My plan is to start the velocity test with RWS Hobby pellets and shoot them from the rifle in the condition I received it. This is a used rifle, and I have a suspicion that it has seen lots of use. But it hasn’t been neglected. I can tell that from the smoothness of the action when I cock it. I bought it in an auction, and who knows how long it sat since the last time it was oiled? We will have a before and after result for comparison, and the light Hobby pellet will give us the fastest velocity we can get with a lead pellet.

Welcome to the magic isle of Serendib! The average for the first 10 shots was 384 f.p.s. It doesn’t take a lot of experience with airguns to know that is low, if the average is supposed to be 510 f.p.s.

The 853 has been around long enough that its average was computed with a lead pellet when it first came on the market. Lead-free pellets were all but unknown in 1984, and once a company computes a velocity, they seldom go back and redo it, because it messes up all their published literature. This gun needs seals. So, we are in for an overhaul!

I took a picture of the felt wiper and the o-ring seal on the pump head before I oiled it. The picture tells me everything. The felt is worn out — either deteriorated from use or, more likely, it was never oiled. Whatever the case, the gun needs a new felt wiper. And its condition tells me that all the seals need to be replaced.

The felt/foam wiper ring was bone-dry before I oiled it. 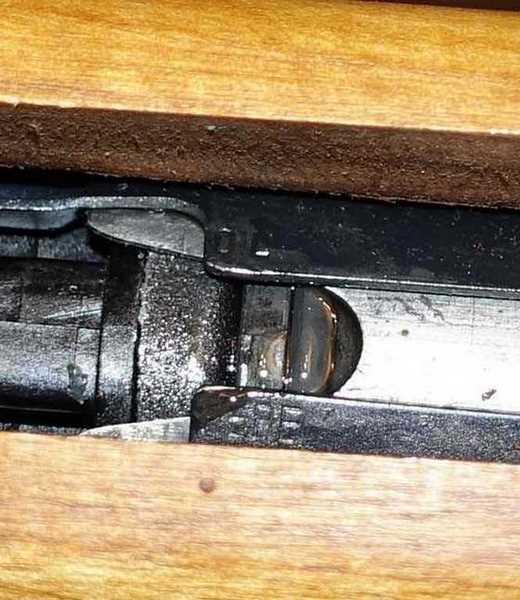 This photo was taken after oiling the felt wiper many times. One-hundred drops? Who knows?

This is where I depart from all the manuals. If you are anal, better skip this part and go directly to the results after oiling. Because I do not put 5 drops or even 10 drops of oil into a dry pneumatic. I probably put 50-150 drops — and I don’t count them! I oil the felt wiper and let it soak in, then I oil it many more times Oil and soak, oil and soak. With a single stroke I then work the pump handle up and down to spread the oil on the inside walls of the compression chamber, then I oil it again.

This time the felt wiper sucked up oil like a thirsty desert-dweller drinking water! Airgunsmith Rick Willnecker taught me that it impossible to over-oil an CO2 or pneumatic airgun. The excess is blown out on firing.

Why do I oil the gun a second time? Because the first time the oil was blown through the valve, where it got on all the seals inside. That was shown when the velocity rose from 406 f.p.s. on the first shot of the second string to 420 f.p.s. on the last shot. The progression was more or less linear. A second oiling will probably raise the average even more, though not by as much as the first time.

I don’t think so. Yes, there might be another small velocity increase, but it will never get up to spec with oil, alone. It needs to be resealed. It’s a waste of time to test it with other pellets while it is in this condition. Sure, I could even shoot it for accuracy right now and I’m sure it would do well, but let’s get the power back to where it should be before we do that.

I looked at the instructions for overhauling the pump and valve on the Pilkington website and it’s so good I cannot see how to improve on it. So I will follow that set of instructions when I rebuild the powerplant.

I called Daisy customer service and ordered the parts, which come as a set. It’s Daisy part 853-1, and of course it also works for 753s. I didn’t even ask what they parts cost, but when they arrive I will tell you.

My remark about serendipity in the beginning of this report refers to the different path today’s test has set us on. I saw this going completely different, but now we get to delve into the powerplant before we test the rifle. Won’t that be fun?