What is accuracy?: Part 2

This report started in the historical section, but today I’m moving it into the mainstream reports. Tuesday I talked about why some new air rifles don’t shoot well. Today the topic is broadened to all airguns.

In Part 1 we learned about all that Dr. Mann did in his 37-year quest to discover why all bullets don’t go into the same hole every time. In that report we learned that things people think work for accuracy, like clamping a gun in a vise, don’t always help.

Today I’m going to talk about accuracy with pellet guns. Dr. Mann showed us that pellets (bullets) will never go to the same place every time, no matter what you do. But what helps bring them together? Why are some airguns accurate and others are not?

I’ve known for decades that pellets came in different head sizes, because 10-meter ammunition is sold that way. I always assumed the number on the tin was the exact head size, and I had no desire to measure pellets because of the difficulty. Then Jerry Cupples came up with the Pelletgage idea and the rest is history. I will be honest about this. At first I thought Jerry was being too anal with his idea that pellet head size is critical. I say that because when a pellet passes through a barrel, the barrel resizes the head and skirt automatically. But the first test I did in Part 2 of the report showed me just how important head size is. If you follow that link and look at the targets, you’ll see what I mean.

Since testing the Pelletgage many times (now in all 4 smallbore calibers), I no longer have the shadow of a doubt that pellet head size is significant, as far as accuracy in concerned. If you want to be as accurate as possible, you need to shoot pellets with the proper head size — and you can’t rely on the pellet tins to tell you which ones they are.

Most shooters believe that the finish of the crown or end of a barrel is important to accuracy, but I was a scoffer. I had read where Dr. Mann purposely damaged bullets with pointed screws through the sides of his Pope barrel near the muzzle, so they exited the bore with deep scars along their sides, yet they suffered no accuracy loss. What I failed to realize was that was the side of the bullet and not the end. It turns out when a bullet or pellet exits the muzzle with uneven gas (compressed air) pressure against its base because the crown in uneven, it really matters!

I learned this lesson when testing the .177 BSA Meteor rifle that I rebuilt in 2014. If you read Part 8 of that report, you’ll see what I did to perfect the crown of that rifle. Part 9 then shows the results of that recrowning.

Until I did that test I don’t think I was really convinced that the crown was that important. But if you go on You Tube and watch high-speed film of a firearm being fired, you will see the gasses from the burned powder exiting the muzzle before the bullet. If the crown is uneven, those gases will push against one side of the bullet (pellet) harder and start it wandering off course — however slightly.

I don’t have a film or photo for this one, but my experience tells me I am right, nonetheless. When an airgun shoots smoothly, it tends to be more accurate than when it vibrates and recoils violently. In fact, I have never seen a violent airgun that was accurate. I can tell by the firing cycle if a gun is not going to be accurate, and I think you will see it, too.
That doesn’t mean that a smooth-shooting gun will necessarily be accurate. Often they are, but I have seen it go both ways. I’m just saying that a violent gun will never be accurate.

A case for the PCP

If you buy into that, then you immediately understand why pneumatic guns, especially PCPs, tend to be accurate more often than springers. It’s not a guarantee of any kind, but it is a trend. Guns like the Air Arms TX200 and the Walther Terrus are accurate springers, but please notice that they are much smoother than most spring rifles.
On the other hand, finding a PCP that’s inaccurate is a shock to most veteran airgunners. Such guns do exist, and they are always guns where quality has been sacrificed for price. And yet there are PCPs like the Benjamin Maximus that are inexpensive and yet still accurate, so don’t make decisions on price, alone.

You guys always want to peek behind the curtain. Here is your chance. I won’t reveal who the manufacturer is, but many years ago I was contacted by an airgun maker who wasn’t getting the accuracy they expected from a PCP they had developed. We had several conversations and two things came up. First, the manufacturer was not aware that airgun barrels are different sizes than firearms barrels of the same caliber. In this case, it was a .22 caliber that was in question. The maker wondered why he wasn’t getting any accuracy from a barrel he made using a .22 caliber barrel liner used to refresh .22 rimfires that have been shot out. This was back in the 1990s and I wasn’t aware of the difference, either, but when I slugged the bore (used a lead form to measure the inside of a barrel) I learned that airgun bores of .22 caliber guns are really 0.2165” to 0.218” in diameter. I knew that .22 rimfire barrels measure 0.222” to 0.2235” inches, so the difference is significant. No way will a .22 firearm barrel give acceptable accuracy with a .22 pellet — not even with 5.6mm Eley Wasps.

At the same time I learned that the manufacturer was not choking their barrels, and I knew that would affect accuracy. Harry Pope always choked his barrels 0.0005-inches about two inches from the muzzle. I told them and they tested a barrel that was choked (and also the correct diameter). The results were astonishing! Yes, choking barrels does work — just don’t go off the deep end! A thousandth of an inch is enough.

I’m not talking about head size now. I’m talking about the entire pellet. It’s length, skirt, where the waist is located, the shape of the head, the center of gravity and even the hardness of the lead all play a part in why a certain gun “likes” a certain pellet. And some guns like more pellets than others. You only learn this through experimentation. The right pellet makes all the difference in the accuracy of an airgun.

I have a small selection of pellets that I trust to usually be accurate. But every once in awhile I am surprised by something. Most recently I was surprised by the accuracy of RWS Superpoints and also by the accuracy of vintage Eley Wasps. But there is more to this than just guessing. If your airgun was made in Germany then it’s probably going to like German-made pellets. But if it’s from the UK and made between 1905 and 1960, it’s probably going to do better with larger pellets like the .22 caliber Wasps (the .177 Wasp was never that large). If it’s a powerful springer, look for a pellet that has a thicker skirt, but if it’s a taploader, it probably likes thin skirts of soft lead. PCPs nearly all like pellets made from softer lead, except some, like the Crosman PCPs, that seem to like hard pellets. These are some of the many things you learn about which guns may perform best with which pellets.

I promised this report back in August and I’m delivering it today. I don’t see a Part 3, but perhaps your comments will inspire one. 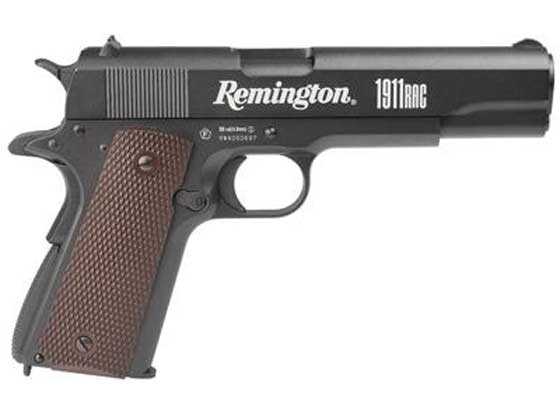