Today I will finish my report on two different action targets we have been testing. First up is the Air Venturi Rockin’Rat. Part 1 of this review was way back in September of this year, but it goes back even farther than that. I had the Rockin’ Rat at the 2017 Texas Airgun Show, back in August. And I had created what I thought would be a fascinating way to show it to you.

I took the Rockin’Rat over to John McCaslin’s house, to let him shoot at it with the Benjamin Wildfire. I figured seeing the target hit 12 times in rapid succession would be pretty impressive. I got all set up with my camera and John zeroed the rifle at the distance he would be shooting, so we were prepared to be amazed. The camera started rolling and John shot 12 times and — nothing! I felt bad for him, missing such an easy target from only 25 feet.

Then I went to the target and saw all 12 impacts of his pellets. He hit the paddle every time! The paddle simply didn’t move. That wasn’t very impressive.

Then the Texas Airgun Show happened and I let the public shoot at the rat. When I retrieved it at the end of the show there were a lot of hits but no damage to either the paddles or the face (that’s the silhouette of the rat). Apparently I underestimated this target.

At the Texas show I had told the folks running the range not to let people with powerful airguns shoot at it. And, if we are talking about an AirForce Condor, that still holds true. The rat isn’t made for 65 foot-pound airguns. But neither is it made for 8 foot-pound airguns. So I set it aside for more than a month, while I pondered the situation.

Then reader Codeuce sent me his spinners to test. I needed to get outdoors for most of a day anyway, to test that big Texas Star target that you will be seeing next week, so I decided to combine the test of the Codeuce spinners with the Rockin’ Rat that was tested on the same day. This time I took more powerful air rifles to shoot, but there was a problem.

I forgot to take a pair of low-magnification reading glasses, and on this day of testing my eyes were so bad I could not see the front sights of either of the two open-sighted rifles. I had my scoped TX200, but wouldn’t you know that it was sighted for 50 yards, and, since I wanted to shoot offhand, I needed to adjust the scope for closer. That’s when I discovered I didn’t have an Allen wrench to unlock the scope adjustments of the Hawke 4.5-14 scope. The best-laid plans of mice and men gang aft agley!

So I’m out there with all my targets and I can’t see the front sights, nor adjust the one scope I have. Well, I did think to bring my K98 Mauser .22 pellet rifle that has large open sights. When I wore my regular reading glasses (2.5 magnification) I could see both sights clearly, but the target was very blurry. However, if I stood no more than 20 feet from the target I could see it okay. That’s what I did. 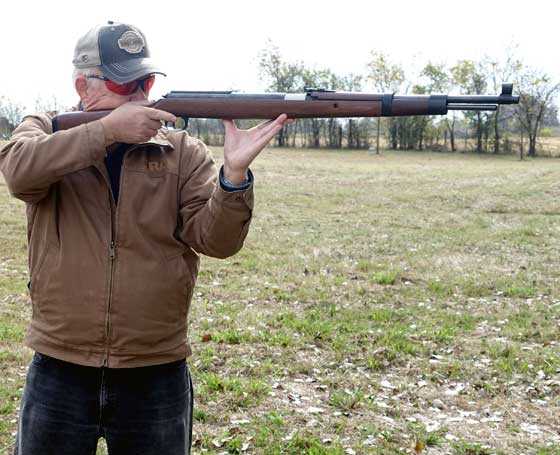 The K98 Mauser saved the day!

I would say that I nailed the power requirement for the rat target. Twenty foot pounds moved the paddles well but didn’t dimple the metal on the face when I shot it. If you have a 30 foot pound gun, just back up to 20 yards. If you have more power than that, back up accordingly.

The paddles spin very freely, but the rat doesn’t like to move when hit. He has a flat spot on the bottom to keep him stable, so, unless you overpower him, I think you want to shoot just the paddles. Now, let’s look at the spinners that Codeuce made.

I said in the title that this is Part 2, but for the Codeuce spinners it’s Part 3. We have already seen them shot by a low-powered air rifle. For the same reasons as the other target, I also shot them with the K98 Mauser. And I had to stand just as close to be able to see this target.

I missed the target on the third shot and that was edited out to save time. I also only nicked the spinner on the second shot, but hit the other spinner solidly on the first shot, and you can see the different effect that had on the target.

Again, this is what a 20 foot-pound airgun does to the spinners. I never swapped the paddles for the lighter weight ones Codeuce sent, and I don’t think it’s necessary. That bearing makes his spinners spin so freely that almost any energy is enough.

These two targets are perfect for most airguns, although you will want some minimum energy for the Rockin’ Rat — maybe 14 foot pounds. Somebody mentioned leaving these targets outside all the time. I don’t think that’s a good idea. They are portable enough that you can carry them in and out easily enough, and the way I have the Codeuce spinners mounted makes them very handy to move. The only thing I might add is a carry handle on the upright board.