First up are RWS Hobby pellets. This 11.9-grain wadcutter pellet is one of the lightest lead pellets around in .22 caliber. They chambered very snugly and averaged 801 f.p.s., so Stoeger’s velocity claim is upheld.

At the average velocity the Hobby generates 16.96 foot-pounds of energy. That’s a nice place to be for accuracy and consistency.

For the synthetic pellet I shot some Gamo Raptors that are no longer being sold. They weigh 9.9 grains. I used them because I don’t have a lot of alloy .22 caliber pellets.

Most fit the breech very tight, but a few fell in with no resistance. The average was 943 f.p.s. with a spread that went from 892 to 960 f.p.s. That’s a whopping 68 f.p.s. and both the slowest and fastest pellet were loose in the breech. At the average velocity the Raptor generated 19.55 foot-pounds. We expect the most energy from the lightest pellet in a spring-piston airgun, and this seems to follow the norm.

At 14.5 grains, the RWS Superdome is a pellet I would expect to shoot in this rifle. It’s medium weight and should be among the more accurate pellets — I hope.

The Superdome chambered about perfectly in the S4000E — snug but by no means tight. It averaged 732 f.p.s. with a spread that went from 722 to a high of 738 f.p.s. That’s 16 f.p.s. and, given the large spreads of the first two pellets, an indication that this pellet might be right for the powerplant. At the average velocity Superdomes produced 17.02 foot-pounds of energy at the muzzle.

The final pellet I tested was a 21.14-grain Beeman Kodiak that is no longer made. This pellet averaged 602 f.p.s. at the muzzle and had a velocity range that went from 598 to 606 f.p.s. That’s just 8 f.p.s. While it isn’t that fast, it certainly is consistent! At the average velocity, this heavy dome also produced 17.02 foot-pounds of energy. I find that even more proof that this pellet is well-suited to the S4000E powerplant.

The rifle is very calm when it fires — and I do mean very calm! The quickness of the cycle tells you that it’s a a gas spring gun, but it is incredibly smooth! There is no buzzing and no face slap that I can detect. The recoil is also quite minimal. It feels like it is performing within its design parameters, which is a very good thing.

The two-stage trigger breaks at an average 4 lbs. 6 oz. Stage one stops at 1 lb. 5 oz. Stage two does have some travel but not a lot of creep. However, there is a point in the stage two pull where the trigger blade moves back a lot with no increase in effort.

The trigger adjustment affects the length of the stage two pull. Stage two isn’t supposed to have a length in my book; it’s supposed to break like a glass rod. Well, this trigger doesn’t do that. I tried the adjustment but didn’t accomplish much. The trigger seems very useable to me as it came and I guess I will learn more about it in the accuracy tests that start in the next report.

The safety comes on automatically and is very easy to take off. But there is an anti-beartrap mechanism in the system that prevents the rifle from being uncocked except by firing. So if you cock the rifle you must put a pellet in and fire it to uncock the gas spring.

I removed the fiberoptic front sight tube so it wouldn’t break when I performed the cocking effort test, which consists of putting the muzzle on a spring bathroom scale and pressing down until the rifle is cocked. The effort required was 34 lbs. with some stacking or increase after the halfway point of the barrel arc.

Because the barrel comes back as far as it does, there is a point almost at the end of the barrel arc when the cocking effort becomes harder, just because of geometry. Fortunately you can learn to grab the barrel in such a way that this never comes up. I used two hands to complete the cocking stroke most of the time, though it was very possible to do it with one if I wanted to.

The barrel detent does require a little slap to break open, but it’s really nothing much. I tried breaking it with two hands and couldn’t, but the slap is the lightest I have ever felt.

I must say, so far this Stoeger S4000E is looking quite nice. The stock handles very well, like it was made for a shooter by a shooter and the firing cycle is smooth and light.

The trigger feels smooth at this point, though shooting for accuracy is where it will really shine. Yes, it’s on the heavier side, but smooth trumps heavy every time!

I’ll start testing accuracy next. Given the way RWS Superdomes and Beeman Kodiaks performed in this test, they will be tested on targets for sure. I will test with open sights at 10 meters first, and then in the final test I’ll mount the scope and back up to 25 yards. 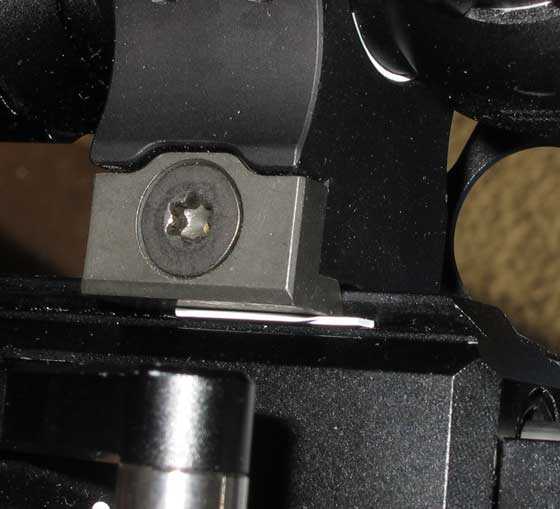