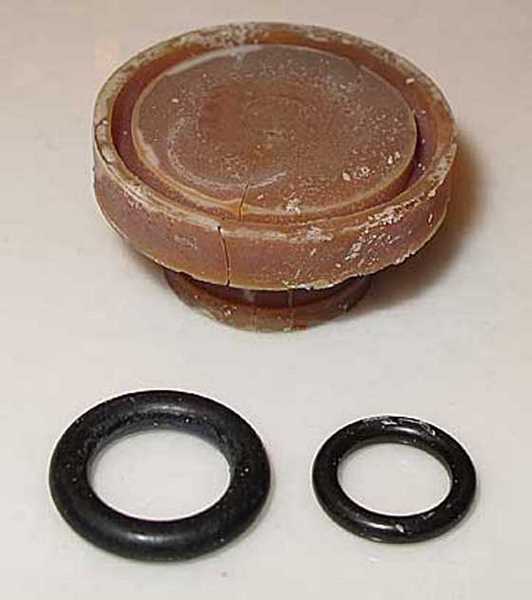 There is one part of the Diana 75 sidelever recoilless air rifle that I had to discuss with you first and, as I thought about it, this one component is more important than the entire target rifle. So today I tell all of you how to make lemonade. Some of you will make it, some will even set up lemonade stands while others will continue to curse the darkness.

The world of airguns is replete with lemons. In 2018 I told you the story of a Benjamin 700 that was practically forced upon me at the 2018 Texas Airgun Show by one of our regular readers — I forget who. The price of $95 was certainly good. But then I had to get it fixed and, by the time that was over, I had three times the money invested in the airgun. By the way, that BB repeater now holds air indefinitely and is looking for a new home.

The Schimel was a new CO2 pistol in 1950. It was unique, in that it was a CO2-powered .22 pistol that shot pellets at 550 f.p.s.! However, unlike Crosman who had been building CO2 guns for decades by 1950, the Schimel was made with high-tech all-new materials. Unfortunately many of them did not withstand the test of time. The metal parts welded to one another through electrolysis, the o-ring seals absorbed gas and locked the gun up tight for hours after the cartridge was empty, the paint flaked off all over the gun and the plastic grip scales shrunk and warped over time. 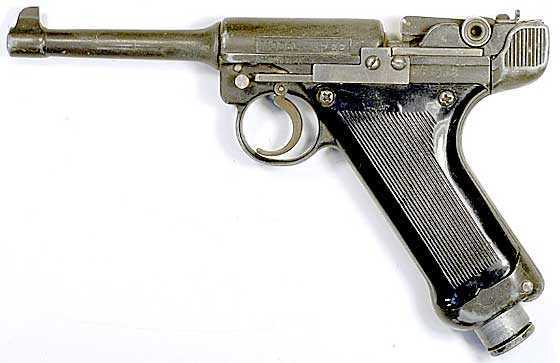 The Schimel looks like a P08 German Luger and my wife, Edith, who saw the air pistol first, always called my 9mm 1914 Erfurt Luger a Schimel.

Those guns and others like them were unsatisfactory, but they were nothing compared to the tens of thousands of failures that were foisted upon the airgunning public in the 1960s and ’70s. Companies with solid reputations that we still trust today sold tens (hundreds?) of thousands of premium airguns to unsuspecting customers who only found their Achilles heel a decade later. Their piston seals were made of the wrong synthetic material! That material worked well when it was new and fresh but it hardened in the air and slowly turned into a dark yellowish waxy substance that fell apart in small chunks. I have found bits of brownish-yellow wax in the barrels of dozens of these airguns. Not one of them escaped this fate and in 2021 there isn’t one of them that still has its original seals.

This FWB 124 pistol seal was white-ish when new. This brand new seal has never been in an airgun. Years of exposure to the atmosphere have turned it brown and dried it out. It does the same thing inside an air rifle.

I wrote about one of these airguns in the 15-part series, A shrine built for a Feinwerkbau 124, back in 2010 and 2011. Yes, the legendary Feinwerkbau put the new bound-to-fail synthetic seals on their iconic 124 (and 121, 125 and 127). That’s tens of thousands of airguns, right there! And yes, I did write a 15-part report about the 124. I also wrote a great many more reports about that model over the years. Many of them have been about replacing the original seals with ones made from modern materials. I have probably resealed 12 to 15 model 124s in my time.

Okay, get angry! Why would such a prestigious airgun manufacturer put something that was bound to fail in their finest products. Let’s see. Perhaps they didn’t know?

Why would Coca-Cola change the formula that made them the world’s leading soft drink producer? Why would NASA skip some of the testing for the Hubble Space Telescope before launching it into orbit? I could go on but the answer is always the same — they didn’t know.

Now we come to the part of today’s report that explains why I didn’t start presenting the Beeman 400/Diana 75 today. You see — Diana also used this new synthetic material in their piston seals. That makes the following models subject to early failure.

And the companies that sold these airguns under other names, like Beeman, sold them under different model numbers, as well. But wait — there’s more!

Walther also used this synthetic material in their airguns made during this same timeframe. That made the following models that are prone to early failure.

I have resealed two LGVs for this problem, and I paid someone else to reseal one because he wouldn’t sell me the parts. I have an LGR that was also resealed.

BB, you’re painting a dismal picture here! This is why I won’t buy a used airgun.

Well, you do what you think is best, but I am telling you that this has opened up a grand world of opportunity to those who can work with it. You can either complain that the lower 40 acres on your Titusville, Pennsylvania, farm is all full of black sticky muck that clogs your plow or you can arrange to sink an oil well and become a millionaire!

Guys, what BB is telling you is there is a huge stock of wonderful airguns rotting away in closets because they suddenly stopped shooting when the barrel filled up with the brown waxy stuff. They would have been thrown away years ago but the supply of round tuits was temporarily exhausted. It’s hard to hold an FWB 124 or a Diana 72 in your hands and not realize what a diamond it is!

All those prestigious companies who were bamboozled by the early synthetics (remember, Benjamin Braddock — plastic is the future! {from The Graduate}) learned their lesson and made their seals out of new material that lasts virtually forever. They each went a different way but all of them figured it out, just like General Motors figured out that timing belt gears should not be made out of Nylon!

While “they” were figuring it out, the aftermarket guys also got with the program and better synthetic piston seals began showing up worldwide. So today a 124 that’s no longer being used is a loving puppy that needs to be adopted. I once bought one for $35 — from an airgun dealer! I bought a nice one for $200 a few years back — from a gun dealer who took it on a trade in for a “real” gun. That one I still have.

I even bought a 124 complete action in a deluxe stock at a gun show for $50 a few years ago. But I sold that one to another airgunner who said he had a barrel.

If you haven’t gotten it by now, bless your heart! What I’m saying is that there are thousands of worthy airguns laying around that are simply in need of a new piston seal. These aren’t cheapies, either. These are good airguns. Just look at the list up above again. But their owners don’t appreciate them anymore.

I bet if there was a pristine 1957 Chevy Bel Air parked out in the street and the For Sale sign said its original 283 original engine was’t running, people would find a way to do something about it! BB Pelletier just told you that there are thousands of them and you just have to look for them.

Look in odd places. Don’t look in the car trader magazines for ’57 Chevys. Everybody looks there. Look behind the body shops and repair shops around town. That’s where the mechanic parked them, waiting for the owner to pay his bill. And he never came back. Sure there is no title, but we are talking about airguns — not cars! Don’t need no title for an FWB 124 or an RWS 75.

Read the ‘spensive Gun Broker ads that say “I don’t know how well this RWS Diana 75 rifle works because I don’t have any pellets to shoot in it.” Sure — we all believe that. So you contact that guy and tell him that a piston seal replacement for a Diana 75 will cost you at least $350 — $250 for the work and parts and $100 for shipping both ways. Tell him you’ll give him $250 for his $575 air rifle, plus $50 to ship it and then, if it does have the bad piston seal problem, you do have to pay the rest to get it fixed. And you come out about even. But if it doesn’t… oh, happy day!

Or, you can fix it yourself. Or, you will luck out and discover that it works fine. Or, the seller will discover that he actually does have some .177 pellets and the gun does, in fact, work. Then you ask him what pellets he has and what velocity the rifle shoots them at and he tells you that he doesn’t have a chronograph. And on and on…

Now I’ve told you all that is behind the piston seals of a Beeman 400/Diana 75. That means that on Monday you can light just one little candle and stop cursing the darkness.