Today’s report will be a very important one. We test the velocity of the .22-caliber Marksman model 70 after I cut off the bent part of the mainspring.

How much spring was removed?

Remember that when I cut the spring I allowed for some of the bent part to remain. I was going to grind the end flat and also flatten the final coil, and I felt some of the bent spring could remain because of that.

I just measured the spring part that was removed and it’s 1.478-inches long. Call it an inch and a half. The rest got ground and flattened into the rest of the spring. 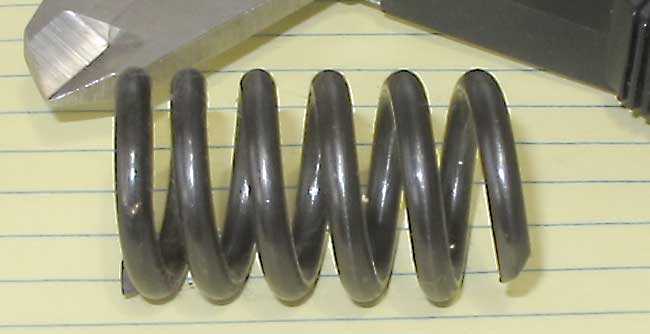 The bent part of the Marksman 70 mainspring that I cut off.

I’ve read some of your comments and it appears some of you don’t know how to measure the fully compressed length of a coiled steel spring. You don’t have to compress it fully to determine the compressed length. I covered this procedure in my R1 book, and my method will get you to within a few tens of thousandths. Rather than explain it, the illustration from my book tells all. 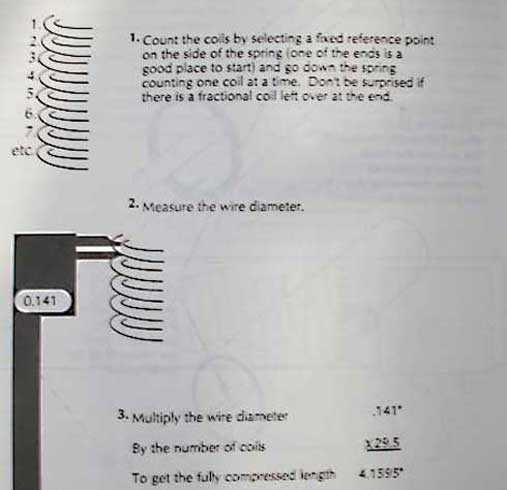 From my Beeman R1 book.

Okay — here we go. I removed about 1.5-inches from the mainspring and probably another quarter-inch when I flattened and ground the last coil. Reader GunFun1 asked me how much preload remained after that and I told him I thought about an inch, but that was just from memory. I didn’t measure it. Here is what he then said.

“BB
So when the gun is not cocked the spring has about a inch of preload still.

That’s not bad. But I found that about a 1/4 inch to a 1/2 inch preload seems to work the best. The gun will be very easy to cock and the safety sets easy. You don’t need that little extra cocking pressure to set the safety. And that pretty much always still gives good velocity.

And you know that sales pitch about nitro piston guns. You can leave them cocked and not worry about velocity loss like a spring gun. Well the less preload the less chance for that spring to take a set with it always having the extra preload.

I want to see the velocity test. Then I would like to se [sp] you take more off the spring to get zero preload then shim back up to get the preload and velocity you want.

Oh and you might of weakened the spring by heating it up. Cutting the spring with the cut off wheel was the right idea. That keeps the heat out of the spring and that is absolutely what you want to happen. Next time take that cut off wheel and use it as a grinder to get your flat on the spring right. Do not heat the spring. Grind it. And quenching the spring in oil would of been better than water or “coffee”.

BB you are just something else sometimes. 😉”

A lot to consider

He wants me to grind the flat on the base of the spring with the Dremel. That’s a good idea. But I still do have to heat it to smash it flat. There’s no way around that.

He thinks coffee was the wrong quenchant to use. It may be, but since it is mostly water, it seems to have worked. If I had planned ahead I would have had water on hand for the quench. And remember, the heat was only a dull cherry red in one spot on the spring, so I’m not worrying about oil versus water as the quenchant.

He wants me to cut the spring down to have no preload, and then add preload back in with washers. That’s how airgunsmiths do it and although I hadn’t planned to go that far, it’s a good thing to cover and I’ll do it. But I plan to test it with no preload, and then with a couple lengths of preload.

And, we learned in Part 6 that the cocking force of the rifle is now 22 lbs. — a 6 lb. reduction from before the spring was cut. Plus, the rifle now shoots smoother.

That’s the lesson for today. Sometimes a longer, more powerful mainspring does not add velocity. In this case, it took some away — more than likely because of the bend. This is the sort of thing a custom tuner will do for a spring-piston air rifle.

More can be done

Besides what you see here it’s possible to make a new custom spring guide to reduce any vibration at that spot. A forward spring guide that fits inside the piston (called a top hat for its resemblance to one) also helps reduce vibration there, plus it adds weight to the piston, which changes its performance with pellets. A heavier piston will usually shoot heavier pellets better.

Sometimes, when the piston is loose inside the spring tube, putting “button” bearings around its front and rear also helps reduce vibration. I did that for the RWS Diana 45 when I tuned it. But in the case of this Marksman 70, I don’t think they are needed. The piston seal is what keeps this piston from vibrating in front and the piston rod and spring guide in the rear keep it calm there. This piston isn’t even larger at its base, which is uncommon for a spring piston, but it tells me that Weihrauch didn’t experience much vibration from the piston.

That’s a little report that has a heck of a lot of important information. As I told you, I’m going to continue to play with this air rifle for a while, to determine even more about mainsprings and their relationship to the rifle’s performance. 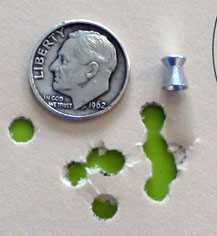 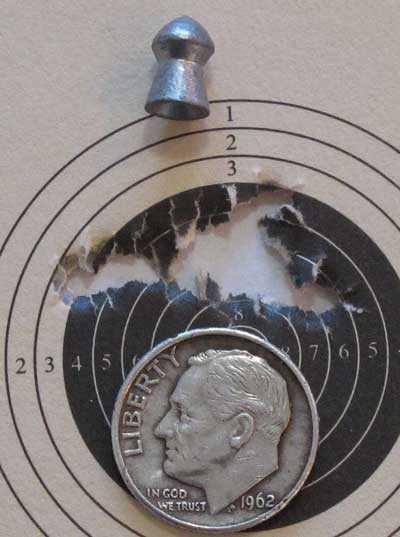