I have a great one for you today on the Crosman Fire. It should help a lot of newer airgunners. But before we get to it, let’s review.

I’m doing this test in the person of a new air rifle owner who has stumbled on this blog and is trying to apply the principles he has read. The Fire was all he could afford and since it came with a scope he thought it was a deal. But in shooting it he found that the scope that came bundled with the rifle didn’t focus at the distances he wanted to shoot, so he was fortunate to be able to upgrade to a UTG Bug Buster 3-12X32 scope. He mounted it on the rifle, sighted in and shot in Part 5. From that he was able to back up to 25 yards.

Up to this point he has been shooting Crosman Premier 10.5-grain pellets. He did that because he read that when you break in a new rifle you should stick to one pellet until you know the rifle. Only then should you consider changing. The last 5-shot group of 10.5 Premiers that he shot in Part Five  went into 1.215-inches — his smallest group at the 25-yard  distance to date. Now we’ll get started. I’m going to assume the character of the newbie.

Now that I have a good handle on the Fire I thought it was time to try some different pellets. I certainly have a lot of groups to compare them to.

I’m shooting off a sandbag rest at 25 yards. I’m using the loosey-goosey hold that BB Pelletier calls the artillery hold, though with the Fire’s thumbhole stock it’s hard to hold the rifle completely loose. To pull that heavy trigger I have to hook my thumb around the back of the pistol grip or the rifle pulls backward.

I started with a 10-shot group, but I switched to five shots again. I will tell you why as we go.

The first pellet was the H&N Baracuda Match 4.50 mm that BB often finds to be the best. I felt that after the 10.5-grain Premier it was a good choice.

At first I thought I had found a winner, but as I went the group kept growing. The last shot is the highest and opens the 10 shots to 1.84-inches between centers. That wasn’t what I was hoping for.

A pellet I didn’t finish

I tried the H&N Field Target next but the pellets went so wide I just quit. And, if I showed you the group above, you know how bad this one must have been.

Up to this point I have been shooting heavier pellets. I wondered what would happen with lighter pellets. So I switched to 7.9-grain Crosman Premiers that are now obsolete. I decided to go to five shot groups until I found a pellet that worked. The first group with this pellet landed lower on the target and is sized 2.205-inches between centers. But in the center of the group three shots are in 0.427-inches.

The Fire put five Crosman Premier lights into a group that measures 2.205-inches between centers at 25 years. The centers of three of the shots are 0.427-inches apart.

Those three shots were enough to give me hope. So I adjusted the scope up five clicks and shot another group with this same pellet. This time five went into 1.272-inches, but look at the four that are in 0.363-inches. That gave me even more hope!

Five Premier Lights are in 1.272-inches between centers, but four are just 0.363-inches apart!

One more group of Premier lights

I adjusted the scope up another five clicks and shot five more Premier lights. This time they scattered everywhere! The group did rise, so I know the scope is working, but five shots are in 1.625-inches at 25 yards.

Is there no hope?

What did I do, buying this Crosman Fire? Was it a complete waste of money? Even when I do the things BB Pelletier says work I can’t seem to shoot that well. Oh, well, I know I’m tired but I will shoot one last pellet.

BB says this 8.44-grain pellet is made by JSB for Air Arms but that it is different from the 8.44-grain JSB Exact. It’s supposed to be a good pellet, so I will give it a try. I’m tired because the Fire is so sensitive to how it’s held. My off hand is at the rear of the cocking slot and I’m holding the rifle as light as I can, given the heavy trigger pull.

When the second shot went next to the first one I thought wouldn’t it be nice if this pellet was the one? Shot three went a short distance to the left but the group was still looking good. Then shots 4 and 5 went into the same hole just below the first two shots. At the end there were five shots in 0.537-inches at 25 yards. That was what I was hoping for!

I’m going to stop right here because I am tired. But next time I’m going to start with this pellet and see if it goes to the same place and then, if it still does well, how will ten pellets do?

This experience has been overwhelming for me. I always thought you just picked up a rifle, sighted it and then hit the target again and again. I now see there is more to it than that.

Well, we finally may have found a good pellet for the Fire. Apparently the rifle is hold sensitive and also pellet picky. And this is what you have to do with that new airgun. It’s not always this hard but when you break though like this with a tough one you really feel it.

Let’s not get ahead of ourselves though. We still have to shoot this pellet again and see what it does. I hope we have found a good pellet, plus how to hold and shoot the Fire. If you have followed along you have learned a lot!

I’m doing this for all the new airgunners who need to see how this is done. They need to see what matters and what doesn’t, and also how to test their new airguns. Stay tuned! 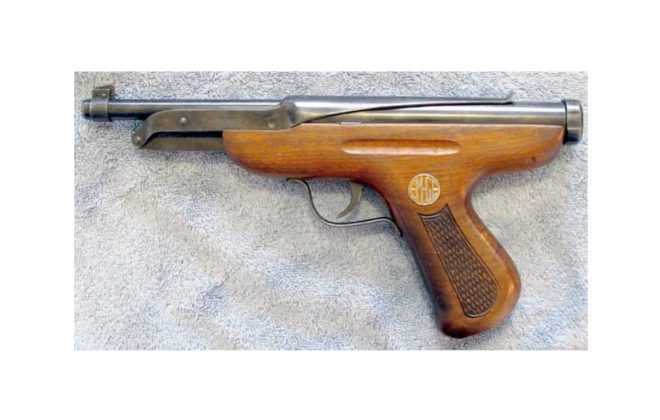 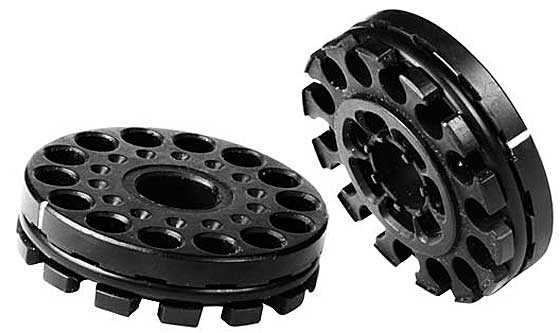