I will not be writing a new report on Monday because New Year’s Day is one of the four holidays I get off each year. So this one will have to last you until next Tuesday. Take small bites and chew for a long time before swallowing!

Today is all about the state of airguns in the world in 2022/23. What’s new and what’s REALLY new.

When I was a kid

When I was a kid I lived in a suburb of Akron, Ohio. In those days Akron was called Tiretown, USA, just like Pittsburgh was called Steeltown. In those days the world didn’t have any color. Everything was black and white. You can look at all our old photographs and see that for yourself. And up in Cleveland a young disk jockey by the name of Alan Freed started calling rhythm and blues music “rock and roll” in the early 1950s. Before long the title caught on.

So I went on a school field trip to Goodyear, a tire manufacturer where we were shown how tires were made. We didn’t go to Firestone or to Goodrich, who also made tires in Akron. Goodyear was the biggest and their blimps were always in the sky around my house.

In 1839 Charles Goodyear invented the process of vulcanization that makes it possible to manufacture natural rubber products that last. He never saw his invention widely used because he died at age 59 in 1860, but in 1898 Frank Seiberling founded the Goodyear Tire and Rubber Company, which he named in honor of his invention of the process that made it possible.

So, in 1965 BB was at Lake Tahoe for an early Christmas when the snow started to fall. My bus trip back home was cancelled and I was stranded for several days. On Christmas Day, with 14 inches on the ground and more falling, BB was offered a ride out of the Tahoe Basin by some friends of his aunt. He jumped at the chance, because he wanted to get back home to San Jose and have his second Christmas.

They had a Mercedes sedan, which was a nice heavy car, but it was shod with those fancy new Michelin radial tires from France! Now, BB knew tires and he also knew that Akron was the only place where tires were made. France? Forget that! France was where you went for good cooking and art — not tires. Radials had only been around since 1948! What a gimmick! Nobody used radial tires. Give me good old Goodyears or Firestones. And to drive in the snow we put on chains. In fact, California mandated tire chains and the Highway Patrol stopped all cars trying to leave the Tahoe Basin that day, forcing them to put on snow chains if they wanted to attempt the grade out of the Sierras.

The driver of the car I was in had chains because he knew this was coming. So he dutifully put them on the rear wheels and I helped. Then we proceeded down the road, which was starting to climb at this point. A half mile later he stopped the car and removed the chains. He said he had Michelin X radials and didn’t need snow chains. Now, I was an Ohio boy who had seen chains used on tires in snow every year. I was also an Akron boy who knew that radial tires were a scam! Better gas mileage? Longer tire wear? Rounder tires? Hooey! Give me good old Goodyear tires that were fortified with Tufsyn! 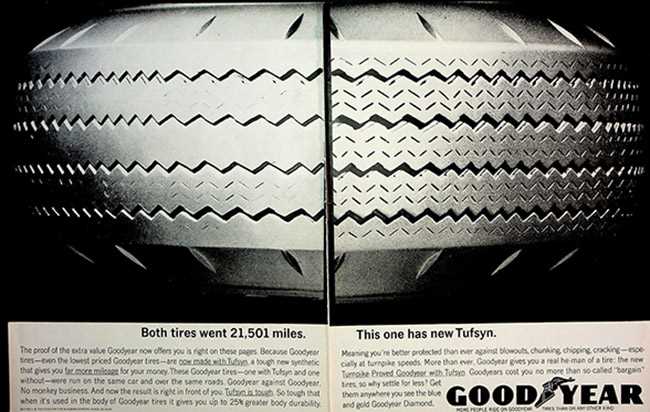 Anyhoo, after the chains were off we proceeded to drive out of the Tahoe Basin on snow that was 4 inches deep on the highway. The snowplows couldn’t keep up! The Mercedes driver even slammed on his brakes and we watched the sedan stop quickly in a straight line. BB was astounded! Several years later California caught up with technology and revised their law that said you either had to have snow chains mounted OR radial tires to drive in heavy snow. Yeah, we had studded tires too but after you were out of the mountains you quickly dropped to near sea level and you would have to remove them.

What has any of this to do with airguns? Everything, as it turns out. Because you can either have a superior product like radial tires or you can have fancy names like Tufsyn, but you seldom get both. The Seneca Dragonfly Mark 2 is an excellent example of that! And please try to understand — BB likes American-made multi-pumps. He really does. In fact he went out of his way to promote the new Benjamin 397 that isn’t even called the 397 by Crosman anymore. They call it the Benjamin Variable Pump Air Rifle and, as we discovered in an experiment that was NOT cheap, a conventional stock out-performs the new tricksy synthetic stock that features a high comb, making sighting with the factory open sights impossible. BB spent his own money to procure a fabulous curly maple stock from reader Vana2. Once it was installed the factory sights could be used. But the accuracy was still just okay.

I spared no expense to make the Benjamin Variable Pump Air Rifle accurate. Hank’s stock makes it a thing of beauty, but the accuracy, while good, is just okay.

The Seneca Dragonfly Mark 2, on the other hand, is superb! It is the Michelin X radial of the multi-pump world, and no amount of Tufsyn can make it otherwise. It pumps easily, it’s accurate, it has an adjustable trigger and, because of how easy it is to pump, it is the only multi-pump on the market that can be scoped and shot reasonably.

BB, we will concede your point that the Dragonfly Mark 2 is a brilliant air rifle. But this report is supposed to be about technology — not just one airgun. Well, have you considered the Air Venturi Avenger? Haven’t my tests of BB’s Goldie made a favorable impression?

Yes, BB, but there is nothing new about that technology. Everything on the Avenger has been done before.

Yes, it has. But at what price? What’s new about the Avenger is that you get everything it has to offer — accuracy, power, a barrel shroud, a user-adjustable regulator, an adjustable trigger and lots of shots at good power for $350. Before the Avenger you had to pay over a thousand dollars for all of that on the same airgun.

Remember back in 2008 when Crosman gave you the Benjamin Discovery with a hand pump for just $400? The rifle by itself was $250. This is another case where the best feature was the price, though this time Benjamin did give you a rifle that filled to just 2,000 psi. That made filling with a hand pump easy. And that technology wasn’t new, either. Tim McMurray had already given us the USFT rifle that filled to 1,600 psi and got plenty of powerful shots. What the Discovery did was put it into a package that was affordable.

Speaking of affordable, remember in 2017 when Umarex gave the world their new Gauntlet — the world’s first Price Point PCP? They gave us the gun, BB gave us the acronym PPP.  And what was that, you ask? It was an air rifle that was a precharged pneumatic (PCP) that was also a repeater, was shrouded with an active silencer, had an adjustable trigger and stock, was accurate and came with a regulator — all for less than $300. Lord, how quickly we forget!

Or, play their game

Ooooo! Here comes the the new .30-caliber Jaw-Buster Mashemflat Magnum. It shoots big pellets that are so expensive you need a second mortgage to buy a tin, and a hand cart to transport them. For an additional twenty thousand dollars they will erect a small barn on your lot so you will have a place to shoot — inside of.

I could go on. Well, why don’t I? There are new pellets hitting the market every month and many of them are very accurate. There are new scopes with such clarity that no amount of money could have procured them two decades ago. I’m still awaiting the next breakthrough in the air compressor arena, though the price reduction from $3,000 to less than $1800 for a big one and $700 for a small one is great progress.

Sig almost gave us a world-beater with their ASP20 several years ago. They left the building, but that leaves the door open for everyone to reinvent all that wonderful technology —OR LICENSE IT FROM SIG!!!!! You don’t have to try to remake the ASP20. Make something even better! And stop sending your new-hires to the Orient to buy things they don’t understand.

Or continue doing business as usual and watch as the bottom line evaporates. You know, back in the year 1900 there was some company that made the best buggy whips money could buy. You can find out all about them in a dusty museum somewhere.