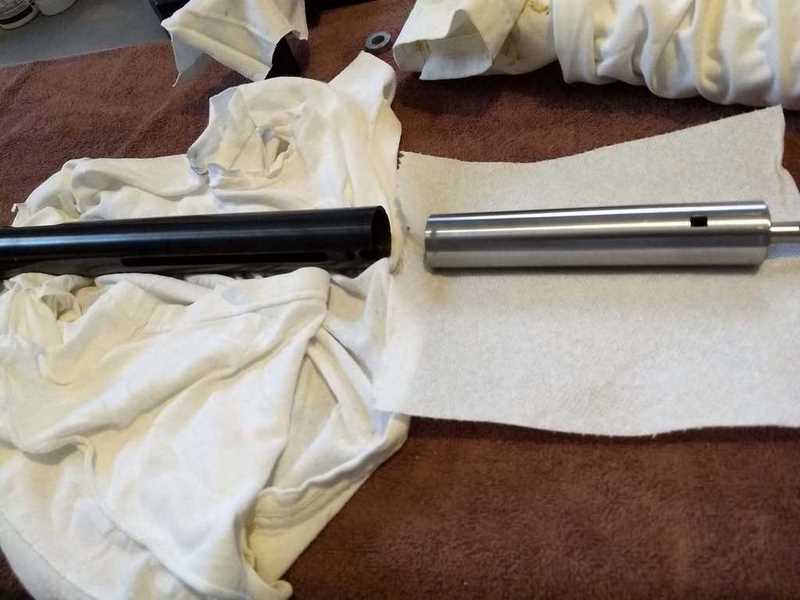 The long cocking link is connected to the sliding link in the piston and the piston was pushed backwards to allow the base block to align with the holes in the spring tube arms. The pivot bolt passes through the left side of the gun. Don’t forget the two thrust washers!
Coat the pivot bolt with moly and slide it through the left mainspring tube arm and the base block. DON’T FORGET to put a lockwasher on each side of the bolt. The bolt is what holds the joint tight, so tighten it until the barrel can’t fall open from its own weight. Then, snug the nut on the other side.

Now, install the rifle in the mainspring compressor, allowing room for the end cap. Slowly compress the spring. As the end cap threads approach the mainspring tube, it’s important that they line up correctly. You can move the end cap in the headstock by small amounts to make the alignment. And, if you use the B-Square mainspring compressor shown here, you can also adjust the position of the barreled action. When the end cap enters the mainspring tube, start turning the cap to engage the threads. You have to gradually increase tension on the compressor as the two parts thread together. When the threads engage and the cap begins threading into the tube, continue to keep tension on the cap with the compressor. Don’t stop until a significant portion of the threads are engaged.

This is the entire barreled action in the mainspring compressor. 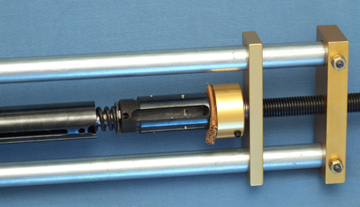 The end cap is under slight compression in this picture. As it comes closer to the mainspring tube, you have to make positioning adjustments to align the screw threads. 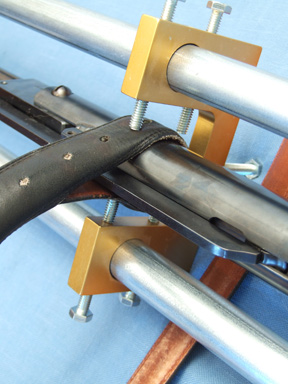 The bridge of the B-Square compressor has five bolts to finely adjust the position of the mainspring tube. Notice the leather belt I am using to protect the rifle’s finish. No precision here!
I have shown the complete barreled action in the compressor and two closeups of the headstock and bridge. This is for those readers who asked for a closer look.

There will be more postings to finish putting the gun together, but tomorrow I want to give you a final report on the Remington Genesis rifle. I think I have some good news for Genesis owners.