Well, I think we have another classic air pistol on our hands. Today, I’ll test the accuracy of the Webley Alecto — and I’m impressed with it.

I realize it’s been a long time since the first two parts of this report, but you can use the links to go back and read what I learned. The Alecto seems very robust. I would have no problem accepting it into my collection.

Because the gun can be shot with a single pump, as well as two and even three pumps, I had to test it differently than any other air pistol. And, I shot 5-shot groups instead of 10-shot groups, just because the pumping made each shot take so long to prepare.

I shot at 10 meters and used a rest because I don’t have the arm strength yet to shoot this pistol one-handed. I experimented with different holds and lighting, and discovered something very interesting about the pistol. It is most accurate when shooting wadcutters on just one pump. When you pump it more than once with target pellets, the shot group opens up dramatically.

I expect this is due to the gun needing a new holding technique for two and three pumps, just because of the dynamics of the powerplant. On one pump, it acts just like a single-stroke pneumatic; but on two and three pumps, it acts like a multi-pump pistol. There’s recoil and movement to contend with.

One pump
Like I said, the pistol acts like a single-stroke on one pump of air. In fact, it’s even easier to pump than either the Beeman P3/P17 or the Gamo Compact.

The first pellet I tried was the H&N Finale Match Pistol. When fired by a single-stroke, they turned in a 5-shot group that looks like it was shot by a target pistol. 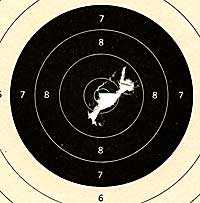 On a single pump, the Alecto shot H&N Finale Match Pistol pellets like a 10-meter gun.

Next, I tried RWS R10 pellets, which I assumed would shoot just as well. However, they did not. Even though my hold was just as good as before, the R10s opened up. 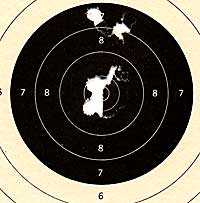 RWS R10 pellets scattered more with the same tight hold on one pump.

Two pumps
On two pumps, the H&N Target pellets opened up quite a bit. I didn’t believe it, so I shot several groups. The one below is representative of what happened. 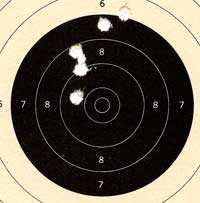 The R10 pellets also opened up on two pumps, though not quite as much as the H&Ns. If this were a firearm handled, I would think the bullet was going too fast for good accuracy. 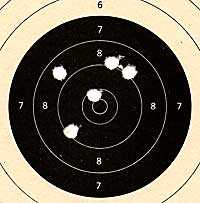 Three pumps
I didn’t try RWS R10s on three pumps, but I did try H&N Match with three. They opened even more to my surprise. 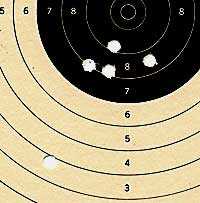 On three pumps, the group with H&N Finale Match Pistol pellets was quite large, if the one hole at the bottom is considered.

Following the three-pump target, I shot another one-pump target with H&N pellets and got essentially the same group I showed before with one pump. So, the gun really likes a single pump, but with wadcutters it doesn’t seem to like more than one.

Then, I remembered that I’d promised one of our readers that I would also shoot the gun with Beeman Kodiaks. It’s a powerful air pistol, after all. I decided to go straight to three pumps for this, as the Kodiak is a very heavy pellet. 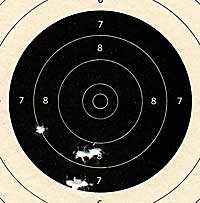 And the results tell me that we need a part 4 to this test. I need to test this pistol with other domed hunting pellets to see what kind of accuracy potential there is on three pumps.

I must remark that one pump is very easy with the Alecto. Two pumps begin to get hard and three pumps is a real strain for me right now. But, if I were a hunter, I guess I would do whatever it took to get the job done. The pistol certainly wants to do its part. 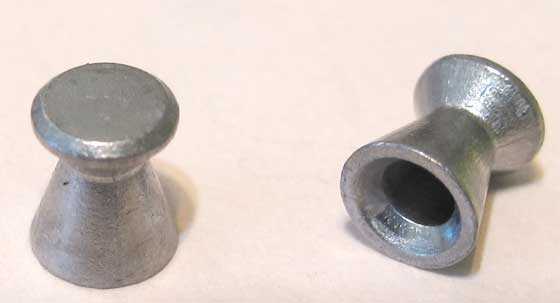