I am not writing an historical report today, because something has crept into our discussions that needs to be addressed. I will make up for this by publishing an extra historical report next Tuesday, along with the Monday and Friday reports.

This will be a good report for airgun companies to read, because it comes straight from the grassroots users of your airguns. They are asking for a specific multi-pump pneumatic.

This discussion has been going on for many months — maybe even longer than a year. American airgunners say they would like a high-quality multi-pump pneumatic, and today we are going to look at all that might mean. I’ve just watched this from the sidelines until now, but I do have things to contribute, so today I’m going to start the dialog in ernest.

The rifle many have suggested using as a starting point is the Benjamin Marauder. But let’s examine that closer. I don’t think people really want the Marauder to be turned into a multi-pump — they just aren’t able to express what they really want, and the Marauder is a quality PCP with a lot of great features. So they cling to it. Let me attempt to define the ultimate multi-pump more clearly.

The Marauder is large and heavy. Multi-pumps are supposed to be svelte. I once owned a Daystate Sportsman Mark II that was a multi-pump built to PCP standards — exactly what people have been asking for. That rifle was too large and much too heavy, at 11 lbs. when scoped. Let’s be honest, most shooters will mount a scope, so build the gun with that in mind.

The Marauder has a good scope base on the receiver, but the total rifle weighs too much. And the pump mechanism will add more weight. I would like to see our end rifle weigh no more than 8 lbs. when a good scope is mounted. That’s a good lightweight scope — not the Hubble Space Telescope! And I would like the stock to be slim and feel comfortable when carried. The first-generation Marauder is stocked with a rough-hewn fence post. The latest version of the rifle with the synthetic stock is much closer to what we want — maybe even exactly what we want.

The Marauder trigger is where it needs to be already. Unless someone can build all the same features, adjustments and performance into a lighter unit — leave the trigger alone! It’s one reason people are talking about using the Marauder as the starting point.

This question comes from Dennis Quackenbush. How many shots do you expect to get from the new rifle? One? Several? How many?

Before you answer that, consider this — multi pumps that get multiple shots are quirky. They don’t always work the way you think they do — or should. They ARE NOT like PCPs with a pump attached! No, they’re not. It may be fun to think about them that way, but the reality is they get one or perhaps two good shots, and then the power starts falling. Shot number three might go through the same hole as the first and second shots at 25 yards, but miss them by half an inch at 50. And all subsequent shots will fall off. The advertisments tell you that you can get several good shots on a fill, or you can top off with a couple of pumps after each shot. Believe me, if you want accuracy you will be topping off.

Personally, I want a single-shot multi pump. They are the simplest to design and build, which makes them the most reliable. But that’s just me. I go for accuracy and repeatability over everything else.

I say no. This is a multi-pump. You have to stop and pump the gun for every shot. A repeating capability is lost on a gun like that.

Yes, yes and yes! That’s a feature nearly everyone wants. And if we use the Marauder as the base gun starting point, it’s already there.

I know — you want the mostest power possible, right? Well, that ain’t happening! The Daystate Sportsman Mark II delivered 25 foot-pounds in .22 caliber on just 5 pumps. Ah, but the last two of those pumps took 77 pounds of effort — more than 50 percent of adult males are willing or even able to apply. And that was for each shot!

You can argue that it’s possible to make a rifle that takes more pumps to reach its maximum potential. But there is always a tradeoff between power and shot count and the number of pumps it takes to reach the maximum fill. Plus you must consider the effort each pump stroke will take. Yes, exotic linkages with changing fulcrums will reduce the effort, but before we design them we first have to know what we are trying to achieve from the gun.

Where is the pump tube?

I suppose you want to keep the rifle as a single-tube airgun — right? Because the pump tube has to go somewhere. If it goes inside the same tube that is now serving as the reservoir, then the size of the remaining reservoir space will be significantly reduced. Think about that when you specify the power and the shot count you hope to see.

Do you want a double-tube gun like some of the Korean PCPs? Or should it be just a single tube with both the pump mechanism and the reservoir built into the same tube?

Don’t hamstring the rifle off the bat. Make it possible to mount good optional sights that are non-optical. At least don’t make it next to impossible. Even go to the effort of mounting sights during the development phase. That will tell you if they work.

The Marauder is superior to other PCPs in its ability to be adjusted by the user. You can change the power of the striker spring within limits and also change the airflow through the transfer port. In a precharged gun those adjustments are significant benefits.

No doubt they will also work for a multi-pump, though not as currently designed. The transfer port flow regulator can probably stay the same, but the striker spring may need to be changed to suit the new lower pressure level of the gun. Is it useful to be able to adjust that? The main purpose of that adjustment was to gain shots when the rifle was tuned, and also to adjust the rifle to the available air pressure of the fill. With a multi-pump the fill pressure is controlled by the number of pump strokes, so once again I ask, is this a feature we need to retain?

No, to a parts kit

Reader GunFun 1 postulated that Dennis might even make just the parts required to modify a Marauder into this new multi-pump. That way, owners could modify their own rifles. Dennis’ reaction was, “And who covers the liability?” You may not be aware of this, but when you make a kit for owner to install, if they injure themselves while building it or while using if after the modification, you are responsible.

Don’t even THINK it!

No one had better even mention the possibility of putting a fitting on this air rifle so we can shortcut around the need for pumping and fill the rifle from a scuba tank! Don’t laugh. That sort of thing happens all the time in committees run by groupthink. Someone wakes up in the final 15 minutes of a 2-hour design meeting and adds their one comment that the rifle should also be a PCP. That person should be barred from all future meetings. We are building a multi-pump air rifle — not some fantasy piece from the Batcave!

I wrote this report to get your comments. Dennis Quackenbush is intrigued by this idea and, although he hasn’t committed to it yet, he is thinking about it. He will read your comments and see if he thinks doing something like this is worthwhile. He already knows it’s possible.

Crosman also reads this blog, as they do all places on the internet that talk about their products. They know very well that knowing what the customer wants is a powerful marketing tool.

On the other hand, they can’t just charge off and create everything that’s dreamed up by a group of enthusiastic airgunners — no matter how many of them promise to buy one. As reader 45Bravo pointed out, they have to look at the big picture. Is it worth their time and money developing an airgun that only dedicated airgunners will want? They have a finite amount of engineering time available and a finite budget for development.

The Benjamin Discovery was an out-of-the-park home run for them, as was the Marauder. But the Benjamin Rogue was not so good. And that was followed by the Bulldog that hasn’t set the world on fire yet.

Still, they took a chance building the Maximus, and I think it will be another homer for them. So, if they see how this can go they may be better able to make a decision to proceed. The few dozen or even hundred rifles that Dennis might make will be inconsequential if this project turns out well. 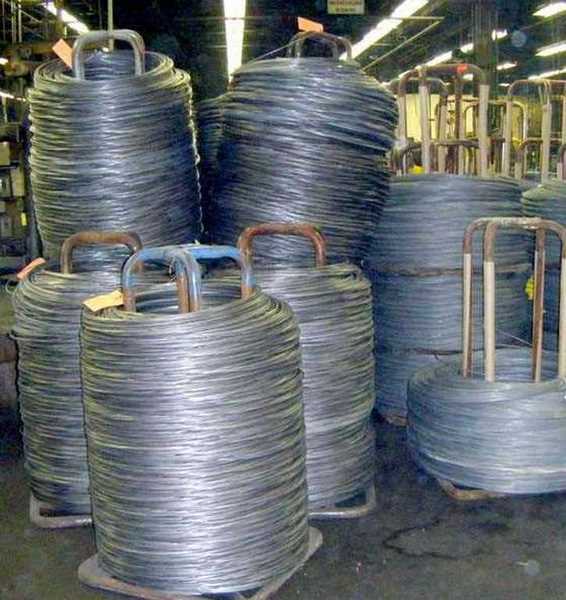 How BBs are made