Back in 2013/14 I wrote a 9-part review of the BSA Super Meteor Mark IV that I bought at what turned out to be the last airgun show in Roanoke, Virginia. That gun was pretty bad when I got it, but I was able to buy all the parts to make it good again, plus my buddy, Otho, did some welding on the piston that saved it. When I sold the gun at the Malvern airgun show in 2015, it had been transformed into a nice little air rifle.

As I reviewed the gun several readers told me the model I really should be looking at was the Mark I or Mark II Meteor. Those were made as fine airguns, before BSA started painting their parts and cheapening their manufacture. Well, as luck would have it, I saw a Mark I Meteor on Larry Hannusch’s table at the recent Texas Airgun Show. He wanted a lot for it, and I let him take it home, but then, after a lot of thought, I reconsidered and bought it. Larry gave me a nice discount and shipped it immediately, which is why I have it today.

After assembling the rifle out of the package, I had to shoot it to see if it really was that much better than what I remembered from the Mark IV. It is. Several readers said this was their favorite air rifle, and after a few shots with this one I now understand. It cocks easily, has a nice adjustable trigger pull and fires smoothly, if with a lot of buzz. The stock is slender like air rifles used to be in the 1950s, and overall I can see why so many people like this model. 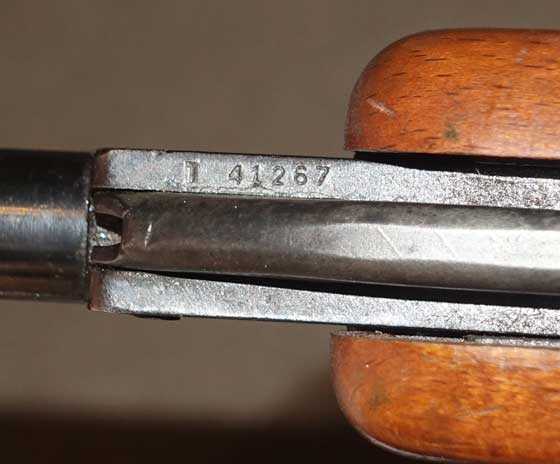 The serial number is found on the underside of the barrel base block (the part that holds the barrel). This one indicates a Mark 1 Meteor made between 1959 and 1962.

The stock is beech without any grain. The forearm is scored with three deep parallel lines on each side that help with the grip. The wood is finished with what looks and feels like a synthetic spray.

The metal is all blued steel, where my Mark IV Super Meteor was painted. The metal is polished very well. It is what would be considered a superior finish today, but in 1960 was simply business as usual.

Up front is a hooded post and bead that is replaceable. A screw on the left side of the sight base allows removal of the post and bead element and replacement with something else. I assume BSA had a number of different front sight elements available in the day. A sliding sheet metal hood that shades the sight comes off easily. 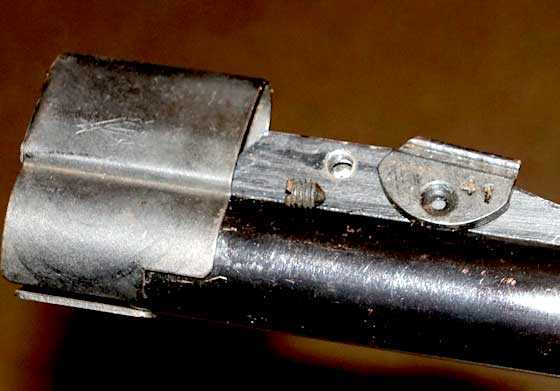 The front sight element has been removed from the ramp for easier viewing. The hood is slid forward for this picture.

The rear sight is adjustable for elevation, but to adjust for windage you must drift it sideways in its dovetails. I will know better how well these adjustments work after I start shooting the rifle for accuracy. 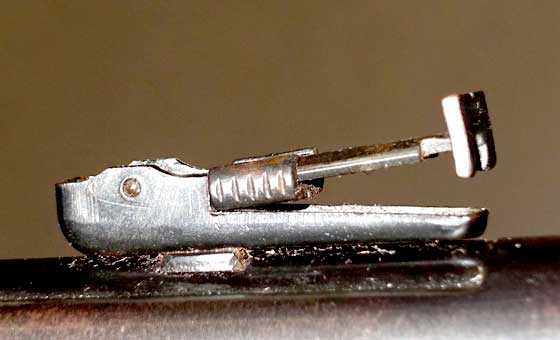 The rear sight adjusts for elevation.

The BSA Meteor was the first air rifle to come with an optional scope. And this rifle has one! I think that is what drives the value, beyond the quality of the airgun, itself.

What an instrument it is! It has a tube with an outer diameter of 0.70-inches, so the optics are tiny. It’s 2 power and has an ultra-fine crosshair with the traditional turret adjustments. But the beauty of this scope is not the performance. It’s the BSA trademark that’s cast into the side of the turret. Yes, this BSA scope wasn’t made in Asia. It was made in England and says so on the scope tube. According to Wikipedia, was the first telescope to be offered on an airgun. 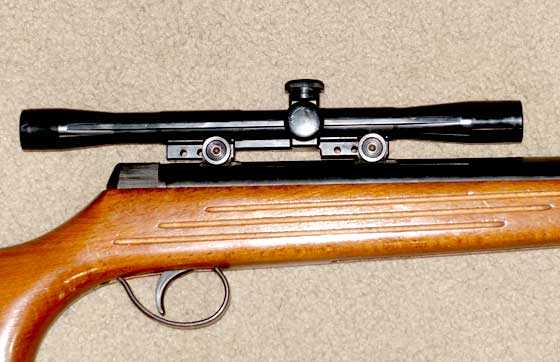 The scope was an option for the Mark 1. This was two decades before scopes were common on air rifles. 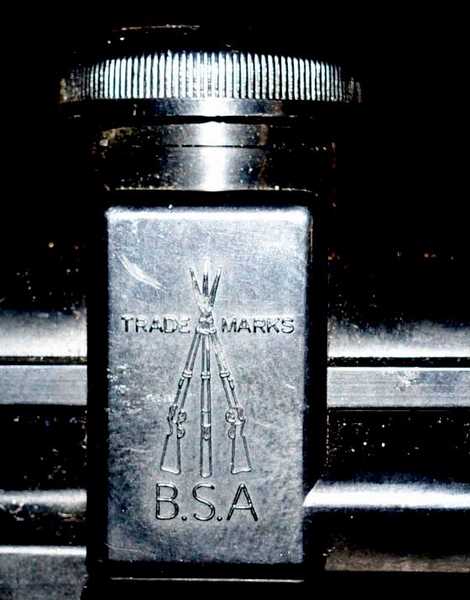 The BSA trademark is seen on the turret of the scope. Elsewhere on the scope it says “Made in England.”

The Meteor was never meant to be powerful. In .22 caliber I’m hoping for velocities in the low- to mid-400s with lighter pellets. I had good luck with JSB RS pellets in the .177 Meteor, so I’m thinking the same might hold for the .22 caliber RS.

Currently the powerplant buzzes a lot with every shot. I’m hoping I can tune that out and get a smooth shot without loosing much velocity. Thankfully I have the detailed teardown procedure outlines in the earlier report, so this time it should go faster. And I know that T.R. Robb carries the parts I need.

So settle back. This should be an interesting series!