Today I’m writing a special report for a reader named Bill who requested it. I will let you read what he said.

“Trying to make a point in a few words for a big subject doesn’t help me at all. I obviously had also in mind your report on the other side of the spectrum, see Stoeger, and I didn’t make my thoughts clear. I wish you’d make one more series about the basics of shooting. Where terms like relaxing before the shot, sniping, pulling a shot, use of different types of sights etc, every basic information that is, would be brought up AGAIN. General Rules, all together… It just came out when you took the Rolls Royce for test drive. I know, many years now, that you deal with the lowest and the highest gear as well. By the way I for one have enormous respect for the simple feeling of joy for testing such great items like these three. Bill”

Bill told me in an earlier comment that he is new to shooting and needs to find as many of the basics as he can. He is trying to use this blog as a large tutorial, which is one of the reasons it exists.

I’m calling this Part 1 even though I don’t know what the future subjects are right now. I have faith that you readers will tell me the things I need to cover as we go. So today I will just give it a start. What are the basics of shooting?

We believe that firearms were first created in either the late 1200s or the early 1300s. At that time they were more like science experiments than firearms, because everything was new. Airguns came along around the middle 1500s, and they were just as novel and new when they came into existence.

The Bogenschuetzen-Gesellschaft (Society of Bowmen or Archers) of Dresden dates from 1286, though there must have been activity prior to that time or else why would that group form? These were persons of royal lineage (about 400) who gathered annually at a festival to see who was to be the King of the Crossbowmen. The town granted them land, money and special honors, because when trouble came, they were the town’s first and best defense. 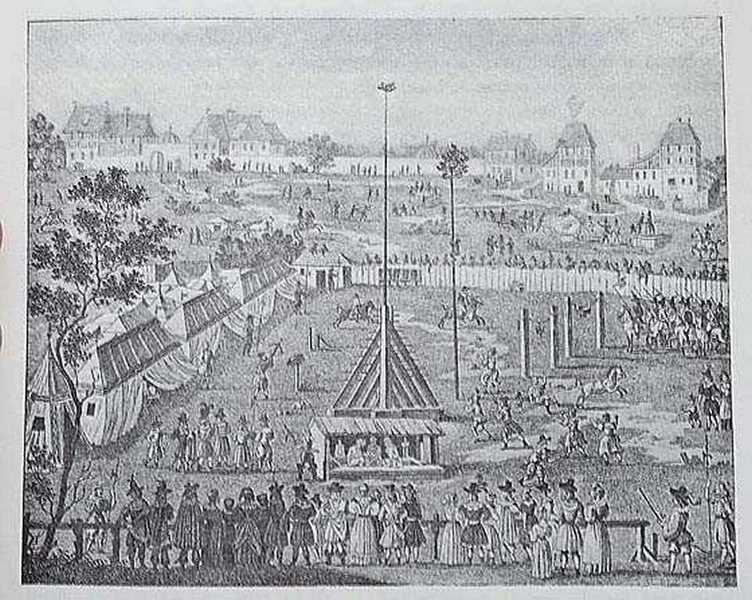 An engraving of the 1612 crossbow match in Dresden. From The Crossbow, by Sir Ralph Payne-Gallwey.

So accuracy was already well-known by the 1200s. The longbow had existed for many centuries by then, and the spear-thrower was even older. The desire to hit what you intended grew out of the need to hunt for food. And, from that, men developed games to see who was best at hitting their target.

I don’t want to depart from the central theme of this report, but you should know that even today spear-throwing is popular. The thrower is called an atlatl. Throwing contests are held around the world. And the point is — people like to shoot and to see how good they can become. So when the first firearms came about it was natural that the same things would happen to them.

Sights were perhaps the first development to come along for firearms. With a longbow or spear-thrower sights are not an issue because the shooter/thrower uses a different way to aim their weapon. But a firearm is a tube and it isn’t a natural thing. Some means of referring to the direction the tube is pointing is needed. At first all it was was a bump on the muzzle that told the shooter where the end of the tube (the muzzle) was pointing. Soon shooters discovered that if they aligned that bump with something on the back of the tube they could point their gun more consistently. The front and rear sights were born!

I’m not going to go through the history of sights because I have already done that in a different 5-part report. We are here to cover the basics and here we go. With open sights the basics are:

3. With open sights you can move the strike of the round by simply holding the front sight to the left or right within the rear sight notch. For more information on how this is done, read this report.

When a scope is added it throws another monkey wrench into the works, because it allows the shooter to see and even obsess over small movements that are beyond his control. Most people when looking though a scope sight for the first time are amazed by how much the rifle seems to move. Even your heartbeat will move the reticle. The thing is, the same thing happens when you use open sights. You just can’t see it. And if you can’t see it you don’t stress over it and as a result you tend to do your best.

Another big development that took a long time to catch on but revolutionized shooting when it did was rifling the barrel. As with sights I won’t write a special section on it, but read this report. And, if you want to know more, here is a brief history of rifling.

Rifling is important to the shooter because with it your projectiles are stabilized and more accurate. BUT — there are some things you cannot do! For example, you can’t accurately shoot a solid pellet (really a lead bullet) at a velocity that’s too slow to stabilize it. If it spins too slow it will not be accurate — just as a top that spins too slow won’t stand up and spin.

A diabolo pellet (wasp waist and hollow tail), however, will stabilize at much slower velocities, because it is also stabilized by air drag. Combine the drag with the spin from rifling and you get a heavy pellet that’s accurate at a velocity that’s too slow for a solid bullet to stabilize. 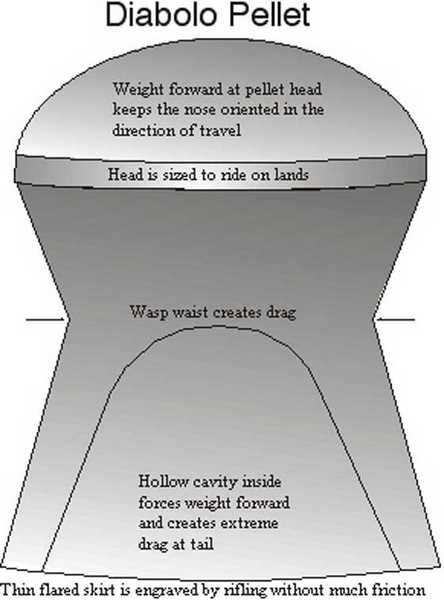 Diabolo pellet shares the fundamental shape of its juggling namesake, the diabolo.

Accuracy with the smoothbore versus the rifled barrel

This discussion begs the question — If diabolo pellets are stabilized by their shape, are they as accurate in smoothbores as they are when shot from a rifled barrel? I have tested the accuracy of a smoothbore pellet gun as opposed to that of a rifle. In this series look carefully at Part 4, because the accuracy drops off sharply from 10 meters to 25 yards.

The effects of rifling were known before very long. There are shooting contest rules from the 1400s that prohibit the use of rifled barrels and dueling pistols were not supposed to be rifled, either.

This is the last subject I will address in this report. Firearms didn’t even have triggers in the beginning. They had touch holes like old cannons. In fact, early firearms were called hand cannons, and that is how they were viewed for at least the first century or even two.

The first “trigger” was a long lever that lowered a burning match to the touch hole, making “firing” (lighting the gunpowder on fire) a piece a bit less cannon-like. A trigger like that wasn’t sophisticated and did little to assist with accuracy 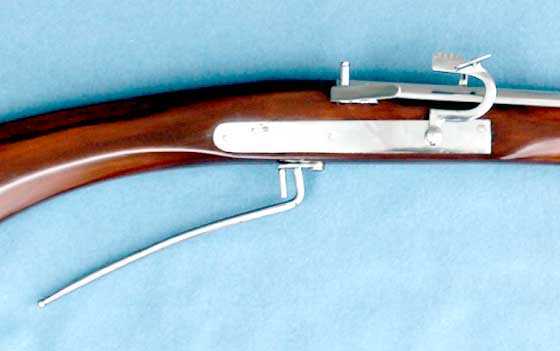 The long lever on the left is the trigger and the curved piece on the right is the matchholder. Pull the trigger up and the match goes down to touch the gunpowder in the pan — setting off the main charge in the breech.

Of course triggers evolved into better and better units, but the lesson isn’t in their design but rather in how they are manipulated. For accuracy the trigger must be squeezed slowly and break cleanly so that no movement is imparted to the rifle when the sear releases. Yanking the trigger to set off the gun moves the entire gun, destroying consistency. I will have more to say about that when I discuss how the hold affects accuracy.

As I was writing this several other basic and important topics occurred to me. They are hold, breathing control, ammo and cleaning the barrel. I’ll also talk about training shooters to use the sights correctly (triangulation drills) and the accuracy differences that airguns bring to the table. Airgunners shoot so close to the sights that misalignment stands out in a major way, where with a firearm that gets masked by distance. I bet you readers will remind me of even more. 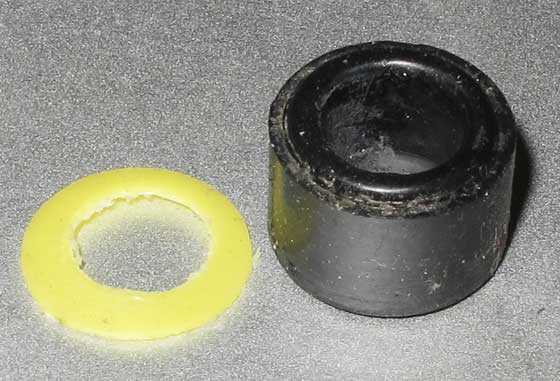 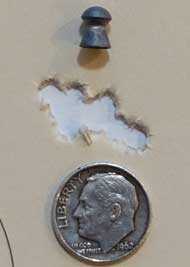