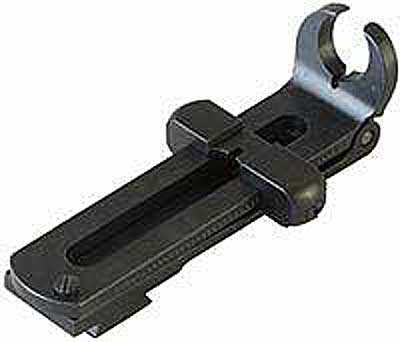 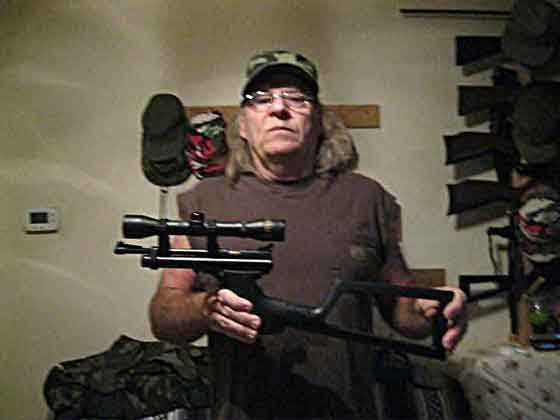 Buckhorn rear sights
Buckhorn rear sights were actually popularized in the American West in the second half of the 19th century. But they became very trendy around the 1920s, and the trend lasted well into the late 1950s — past the time when they made any real difference to shooting and were more of an adornment that some shooters expected to see. Though they were originally mounted on single-shot muzzleloading rifles, they are perhaps best-known as the sights for Western-style lever guns.

A buckhorn sight is very distinctive.

When you see a full buckhorn rear sight, you instinctively know it was created for some specific purpose, though there’s very little literature that actually explains it. I’ll now go out on a limb and explain the sight as I understand it.

A buckhorn rear sight is a ranging sight. What that means is that it’s a sight that can quickly be “adjusted” to shoot at different ranges without touching the sight. All you do to change the distance is change the sight picture. There are three clear sighting options when you sight through a buckhorn. The sight is nearly always associated with a post-and-bead front sight; and when it isn’t, I suspect someone has changed one of the two sights — either front or rear.

The bead can be held in the small notch at the bottom of the buckhorn for close shots. I would tell you that this is the 50-yard sight picture, but that would be misleading. On some guns, it might be exactly that, while on others the distance will be different. Suffice it to say this is the closest range at which the sight can be used without any adjustment.

When the muzzle is elevated until the front bead appears in the center of the hole described by the arms of the buckhorn (sort of like using a large peep sight), you have the middle range. Again, I can’t tie this to a specific distance without referring to a specific gun. And when the muzzle is elevated so the bead is between the points of the horns at the top, you have the longest range at which the sight can be used without adjustment.

All three ranges are achieved without moving the rear sight — by simply elevating the front post in relation to the buckhorn. That’s the purpose of the buckhorn sight as I understand it. If you have one on a 44/40, the three distances will be different than if you have one on a .22 rimfire. You should bear in mind that when the buckhorn was invented, men typically had just one rifle and they learned it well. It wouldn’t take long to become accustomed to the ranges for which their own rifle was sighted.

Now for the bad news. Most riflemen dislike the buckhorn, finding it crude, obstructive and generally not useful. Townsend Whelen was very outspoken against it. And most shooters who own one simply use the lowest notch for sighting, so the extra capability goes to waste. But it looks very Western, hence my remark about it passing into the realm of a fad.

Semi-buckhorn
Worse than the buckhorn is the semi-buckhorn, which is neither fish nor fowl. It was even more common than the buckhornand appeared on most rimfire rifles of the 1940s and ’50s because of its supposed popularity. It’s not a ranging sight like the buckhorn — just a stylistic form that’s supposed to look cool. It was popular at the same time the semi-beavertail forearm was considered necessary. Nobody asked shooters what they preferred. Companies just attached these sights to their guns and that was what you got– not unlike the fiberoptics of today. 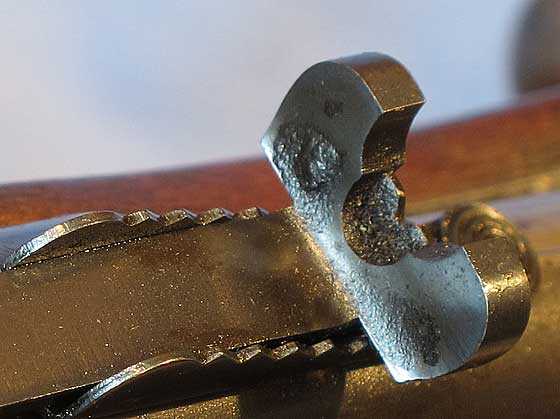 The semi-buckhorn rear sight is just a stylized rear notch with two long arms that add nothing to the functionality.

Fiberoptics
Fiberoptic sights have synthetic or glass tubes that collect light and transmit it to a point at the end of the tubes. The point is oriented toward the shooter’s eye so the fiberoptic tube looks like a bright pinpoint of light. The object is to align the two rear sight dots with the front sight dot so the three appear to be in line. The front dot is usually red or orange and the rear dots are usually green.

It all sounds fine but for one thing. Red is the single color that’s hardest to see for colorblind people, and approximately 14 percent of all men are colorblind in some way and to some degree. Red-green is the most common type of colorblindness. That doesn’t mean these people can’t see the colors red and green, but they have problems seeing all shades of those colors, as well as other colors that are similar. Traffic signals compensate for this by putting yellow into the red and blue into the green, but I’ve seen some fiberoptic tubes that were so dark that I couldn’t tell what color they were. They are always red when that happens, by the way. 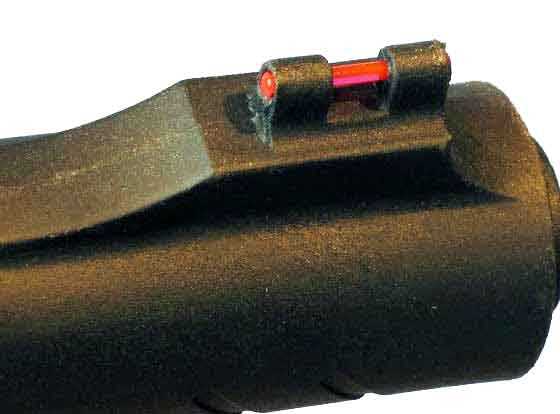 The typical fiberoptic front sight is a single red tube like this one from TruGlo. 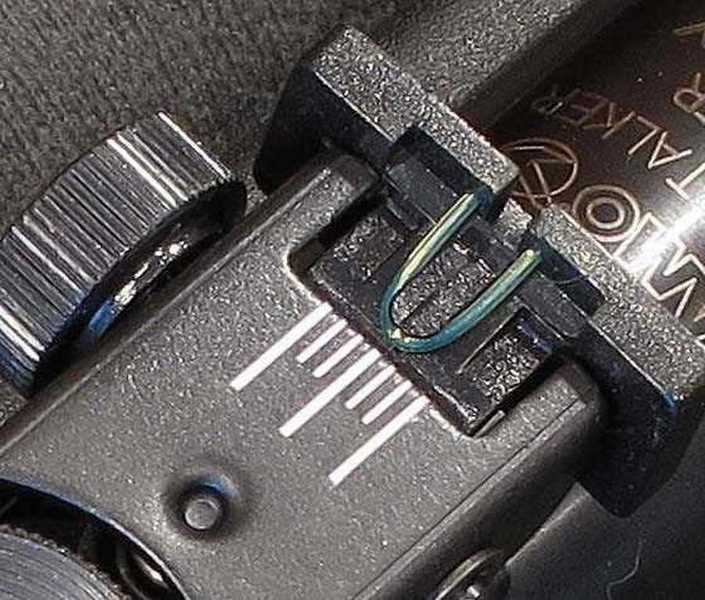 A common arrangement of a fiberoptic rear sight is to bend one tube so it appears to be two green dots like this one.

The other problem with fiberoptics is they’re so large that they cover a large part of the target. So, aiming precision is lost when the shooter can’t define the aim point any closer than several inches at 50 yards. Good open sights can go down much finer than that, and aperture target sights can go down to tiny fractions of an inch at the same 50 yards.

But many people seem to like fiberoptic sights, and they’re now coming standard on everything, including handguns that they have no business being on. We’ll either have to put up with them as long as the fad lasts or find alternative solutions.

There are still some sights we haven’t looked at yet. One is an optical forerunner of today’s battery-powered dot sight. And the ghost-ring sight is another more recent invention that I know very little about. If any readers are familiar with them, I would love to hear about them. I’ll research them for the report, but I’m hoping the comments will shed more light on the subject — pun intended.

66 thoughts on “Learning to shoot with open sights: Part 5”