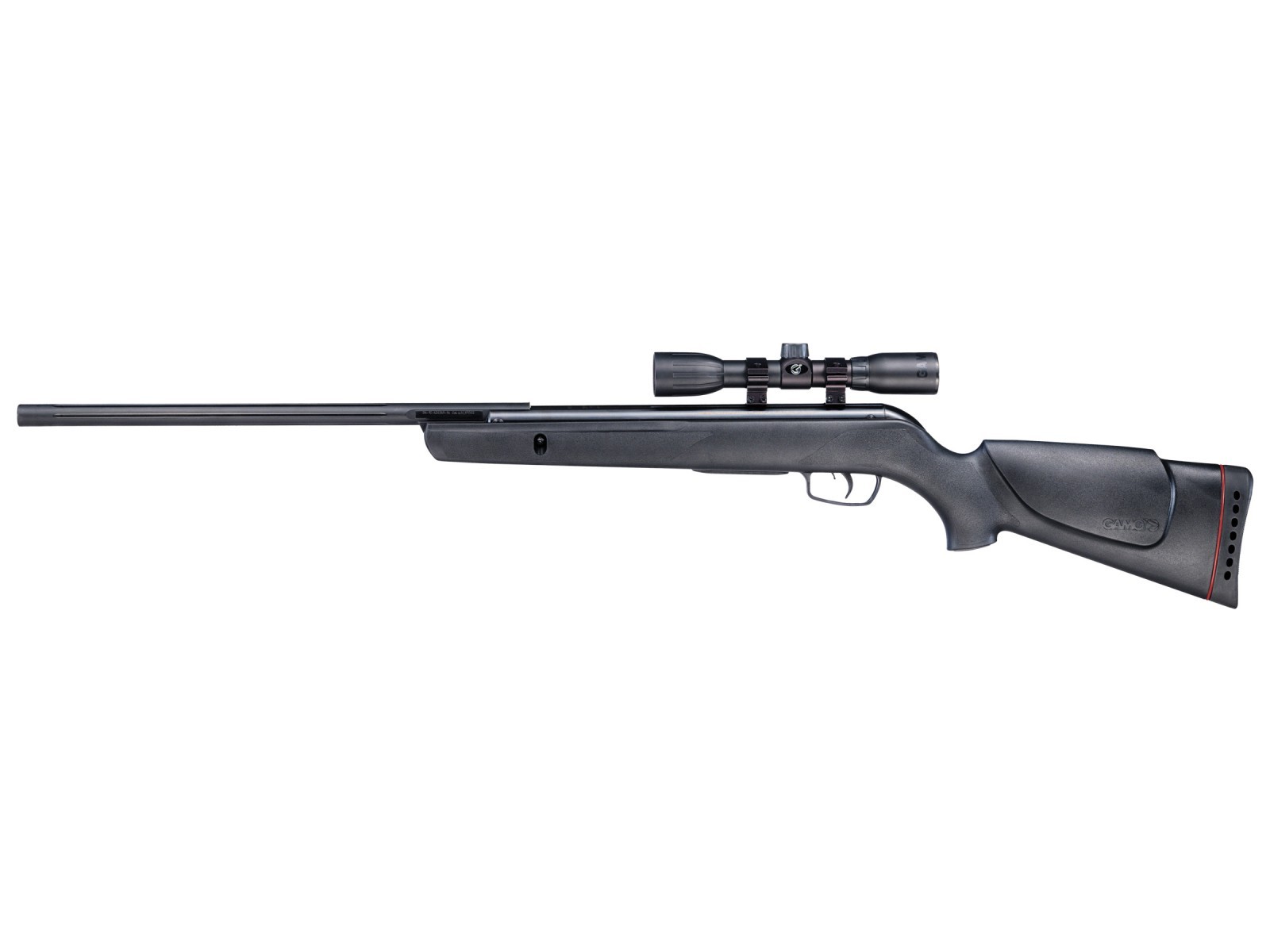 
The perfect air rifle for varmint hunting, controlling pests and target shooting. The rugged synthetic stock stands up to all kinds of weather, so just mount the scope and get started!

I wanted to see how cheap you could go and maintain a decent shooting experience. I am a big fan of Gamo rifles, and own eight others, along with offerings from Crosman, Hatsan, Walther and Diana . I found that Gamo guns represent solid value and are reliable shooters. On the positive side, this rifle is cheap, light, reasonably well-built, and will not disappoint as far as accuracy if set up correctly and fed a decent quality pellet. It's got good smack, and has the power to put down the type of small game you would shoot with a .177. It is easy to cock, and won't wear you out at the range.

I am going to modify the trigger, but I end up doing that to all my Gamo guns. Look up the trigger screw update. It works wonders, and costs very little. While this rifle gets the job done, it cannot be described as buttery smooth. The report is rather like hitting a leaf spring with a frying pan. Compared to a Diana or other higher-end springer, it is kind of a jangly critter. But then, what do you expect for under $100 on sale? I suppose I should to the obligatory complaining about the optic as well, but I won't. It is packaged minimalist 4 x 32 scope. The scope will get you by, and is perfectly adequate for potting rats at the dump. Upon arrival, mine got a higher quality 4-9 power scope off another Gamo that had itself been upgraded. The 4 x 32 works for Crosman x77 and x22 series pistols, which lose gumption rapidly beyond about 30 yards anyway.

As Gamo is trying to keep to a price point, you don't get iron sights. It's likely you won't miss them much. The sub $20 Crosman/Daisy red dot sight works very nicely if you don't want magnification, and costs less than a twelve-pack of decent beer. Comparing it against other rifles in this price range, the Varmint has little to apologize for.

Very accurate, good power, light weight, low price, easy to disassemble and work on. Great for varmints and hunting, I took a cottontail by my guarden this summer, the pellet zipped right through its head.

A CAT trigger would greatly bennifit this rifle, but with practice you can learn this trigger. The scope is not very good and hard on the eyes, so upgrade on the scope.

My Varmint really likes Air Arms Falcon 7.33g pellets. I put 10 shots under a dime at 20 yards. You will want to upgrade to a better scope right away. I toped mine with a Center Point 4-16 by 40, it's working good so far. Watch some videos on how to disassemble, deburr and degrease your rifle. All springers are over greased and need to be cleaned and deburred. You don't need a super magnum for hunting or pesting, this rifle will save you a headache and $200. This is a great starter rifle and more than good enough for seasoned airgunners.