It’s been a while since we looked at this pistol, but I knew we had to test it in .22 because of the power potential.

In .177, I topped 800 fps with the big Browning. Normally, a spring gun in .22 caliber will be up to 20% more efficient than the same gun in .177. That would not mean greater velocity in .22, but it would mean more muzzle energy. Today’s test will determine if that relationship holds true.

This time, Mac tested the gun and was just as impressed with the cocking effort as I was. All of these numbers were gathered by him.

RWS Hobbys
RWS Hobbys were the lightest pellets tested. They averaged 536 fps and ranged from 526 to 546. That’s a max spread of 20 fps. While the number 536 doesn’t sound that high, please remember that this is a .22 caliber spring-piston pistol, not a .177. The 11.9-grain Hobby pellet produced an average energy of 7.59 ft-lbs.

RWS Superdomes
I wanted to test the gun with larger lead pellets, because I thought they would seal better, so I asked Mac to try RWS Superdomes. At 14.5 grains, these are much heavier than Hobbys. They produce an average velocity of 502 fps. The spread was from 496 to 507. That’s only 11 fps and a really tight spread for a new spring pistol. Average muzzle energy works out to 8.12 ft-lbs.

Crosman Premiers
I asked Mac to try Crosman Premiers because they’re so standard among .22 cal. pellets. Many shooters have them and use them, and they’re often among the best pellets for a spring gun…but not for the Browning 800 Mag. The average velocity was 441 fps and ranged from 391 to 462. That 71 fps spread is a clear indication that the Premier is not suited to this gun. Mac also told me that they loaded loosely, and I have to assume they’re much too small for the bore of the gun. Plus, there isn’t enough air pressure to force the skirt out into the rifling. In one case, the pellet actually fell out while Mac was cocking the gun. The average muzzle energy works out to 6.18 ft-lbs.

The big Browning takes a lot of effort to cock. This detachable muzzlebrake slips on and adds several inches of leverage. 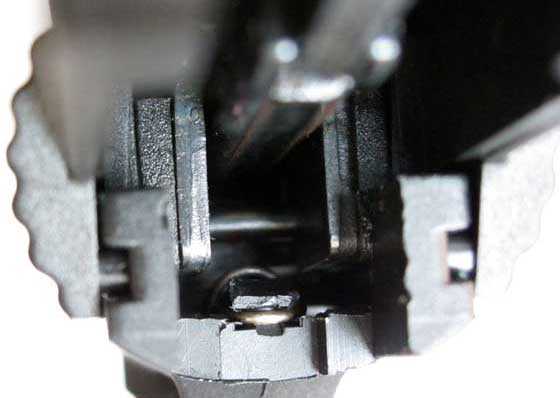 Looking up into the pistol’s mechanism, we see the mainspring and the sledge anti-recoil mechanism. It’s possible to see this flex about a quarter inch when cocking the barrel.

More energy?
The .22 caliber pistol is slightly more powerful than the .177. That the two are so close indicates that the powerplant favors the smaller caliber. However, this is still a ver powerful .22 caliber air pistol.

I will return with the results of a accuracy tests, so you’ll have everything you need to make a choice between the calibers. 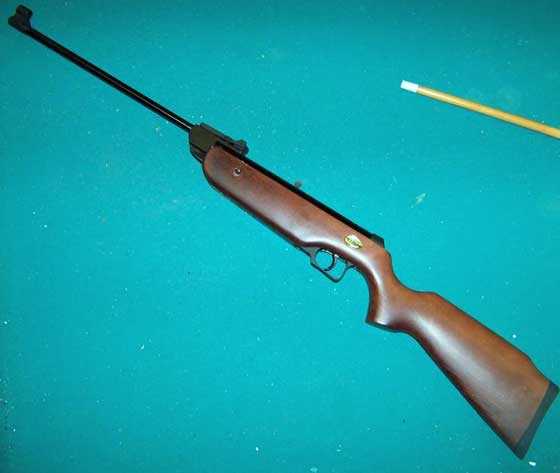 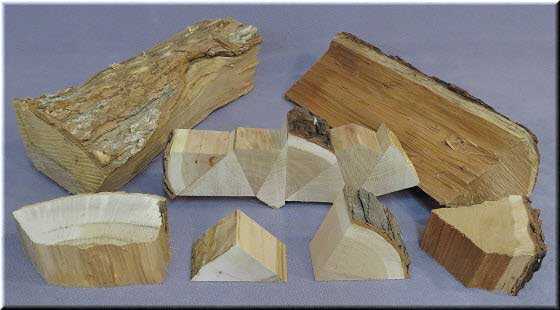