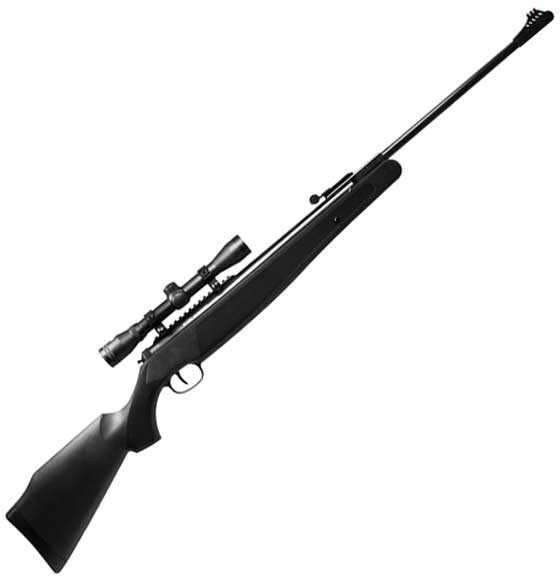 Today, we’re back with the .177 caliber Ruger Air Magnum Combo rifle. You’ll remember that this is a very powerful breakbarrel springer, and we want to see how close to the advertising it comes. You’ll also remember that this rifle cocks with 58 lbs. of force, so it’s meant for hunting, not for casual plinking. And, the barrel comes back farther than most breakbarrels when the rifle is cocked, giving you a short area where the cocking becomes very difficult because of how your hands have to hold it.

Right into testing
The first pellet tested was the JSB Exact heavy, a 10.2-grain domed lead pellet. Knowing up front that this rifle is a blaster, we can also predict that the heavier pellets will be better suited to the power of this powerplant because their weight will prevent them from going supersonic.

Next, he tried 8.3-grain RWS Superdomes.. These averaged 1108 f.p.s., with a 20 foot-second spread from 1092 to 1112 f.p.s. They produced an average 22.6 foot-pounds, which is really pushing it for a .177 pellet. However, at that velocity they’re also right at the sound barrier, and I doubt they’ll hold together for accuracy at range.

The lightest all-lead pellet he has are RWS Hobbys. At just 7 grains, they’re far too light for this powerplant. They averaged 1186 f.p.s., so good luck trying to keep them quiet. The spread was also large, at 36 f.p.s., running from 1169 to 1.205 f.p.s. And, at the average speed, they produced an average 21.9 foot-pounds of muzzle energy.

Next, Mac tried Crosman Premier heavies, the 10.5-grain pellet. This pellet should certainly slow down the big rifle to a useful level for accuracy. But, they averaged 1011 f.p.s., which is a little on the fast side for best accuracy. They produced a 25 foot-second spread that ran from 998 to 1023 f.p.s., and the average muzzle energy was 23.8 foot-pounds — the highest of the test.

Finally, Mac tried RWS HyperMAX lead-free pellets. In a powerhouse like this Ruger, these 5.2-grain pellets are nothing more than bragging rights. At first, Mac got velocities in the high 1300s, but he noticed a very loose fit in the bore. When he flared the skirts, the velocities went up to 1430-1435 f.p.s. and were very consistent. He didn’t give me an average string to work with, but using 1430 as an average, this pellet produced an average muzzle energy of 23.62 foot-pounds.

In the next report, Mac will show us the accuracy he saw with the test rifle, and then he has a special bonus feature. He’ll show us how to change the parallax of the scope, as I mentioned in Part 1 of this report. The 4x scope that comes with the rifle has no parallax adjustment, but an owner can select the optimum range and adjust the parallax for that one distance. It should be an interesting time. 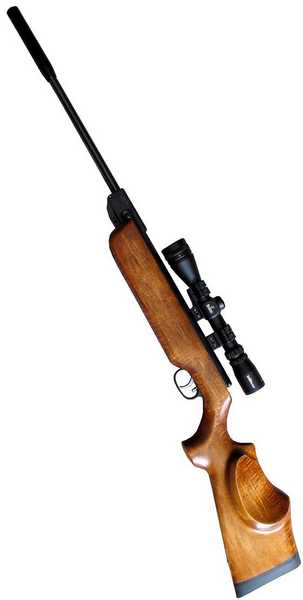 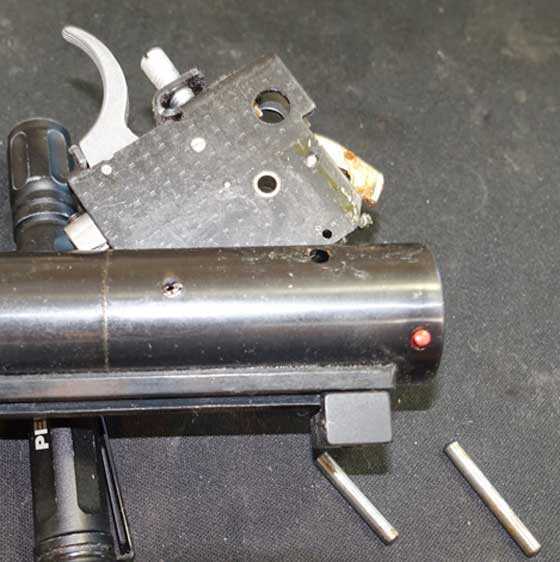