I had a perfect, wind-free day at the range for this report, and as a result I learned several very interesting things about the TalonP air pistol. There’s no substitute for a calm day when you’re trying to figure things out for an airgun.

The target was set 50 yards away, and I shot off a bag rest. I promised to show you how I hold the pistol when the shoulder stock extension is attached and I will, but John McCaslin of AirForce told me of a much better way to set up the gun. Since I didn’t try that this time, I’ll just show you how I held it for this test. 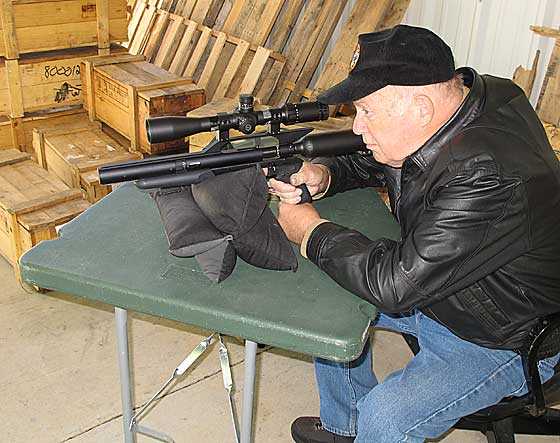 The butt is on my shoulder, which allows my cheek to touch the rear of the reservoir. My left hand is under the pistol grip for fine elevation adjustments. The bag I’m using is a large bunny bag (a sandbag that has “ears”) filled with crushed walnut shells that are as dense as sand but weigh only half as much.

This hold was stable, but I can see how the one John suggested will be even better, so I will show that next time. I have nothing but praise for the Hawke scope that is so clear I can see the pellets as they fly to the target. I think we need to add this scope to our stable of equipment, Edith.

I started this test shooting the JSB Exact Kings that were so accurate in the last test. They were still on the money — even better than before — but the calm day allowed me to see a dynamic I hadn’t see last time. The TalonP pistol can shoot a great five-shot group, but if you try for more shots, the pellets start to wander.

A new dynamic
As you know, I like to shoot 10-shot groups to demonstrate the accuracy of airguns. There are exceptions to that, of course. I won’t shoot 10 from a 10-meter gun because 5 shows all that I need to see. A big bore will also get 5 shots instead of 10, because there aren’t ten good shots in the reservoir. Well, that holds true for the TalonP, too.

I shot many groups that were astounding on this day, but only when they were 5-shot groups. When I tried to stretch them to 10, they always opened up. Before I get to that, though, I also discovered that this pistol doesn’t need a 3,000 psi fill when it’s shot on power setting eight.

If I filled all the way to 3,000 psi, the first shots were lower-powered. They would walk up the target in sequence until the gun came into the power curve, which was around 2,700 psi for this pellet on power setting eight at 50 yards. Then I always got an astounding 5-shot group. And then the pellets started wandering once again. Before I go any farther, look at a couple of these groups. 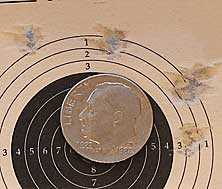 The larger hole to the right of the dime is four JSB King pellets at 50 yards. Shot five made the hole underneath the first group. But shots six and seven are above the dime and to the left. Those four tight shots represent the tightest group of shots I’ve ever made with an airgun at 50 yards. The group measures 0.159 inches and the 5-shot group measures 0.524 inches. 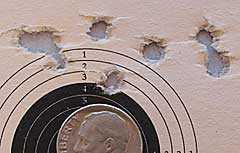 This group of 10 Benjamin domed pellets starts with a tight group of 5 at the left. The next five pellets walk to the right. The group of 5 measures 0.352 inches between centers.

Kevin suggested that I also test the Benjamin domes and Beeman Kodiaks. I found the Benjamin domes to be equally accurate in the pistol as the JSB Exact Kings, which is surprising because in an earlier test at 25 yards they were not as good.

The Beeman Kodiaks were not good in the pistol at any power level I tried, though I didn’t spend as much time with them as I did with the JSBs and Benjamins. In fact, I ran out of JSB pellets and had to order more to complete this test.

Some experimenting
I have said in the past that none of us have enough life left to throughly test even one AirForce airgun. The adjustable power, plus the ability to control the fill pressure, gives you an infinite variety of things to test with every good pellet you find. However, I do have an advantage, in that I used to work at AirForce and have tested hundreds of guns and thousands of valves during manufacture. So, I know a couple helpful things. Here’s one of them.

Sometimes, there’s a second power band located outside what you think of as the normal pressure curve. With a PCP gun that has a 3,000 psi fill limit, I find the bottom of the power curve is somewhere around 2,200 to as low as 2,000 psi. That’s for any gun — not just one made by AirForce. Of course, the AirForce guns have adjustable power, so you can do things — in that outside part of the fill curve — that aren’t possible with other PCPs.

I haven’t yet completed this test, but I just wanted to know if there might be another power curve below the normal pressure curve, so I kept on shooting JSB pellets with the gun set at power setting eight. As I did, the gun suddenly started to bellow a deep flat roar with every shot. I knew from past experience that this was what I was looking for. In fact, the pistol became so loud that I thought the end cap had fallen off, but it hadn’t. It was just the sound of the valve remaining open an extra long time and letting out a large volume of lower-pressure air. I didn’t get any good groups at this level; but with some lowering of the power setting, that might be possible. When I finished about an additional eight shots, the gun was down to 1,500 psi, which is way outside the normal curve.

On the TalonP, I find the best curve so far with the most accurate pellets to be between 2,700 psi and 2,200 psi. However, since I was trying to shoot 10-shot groups, the lower number isn’t correct, either. I didn’t have time to find out what the real lower limit was, exactly. The one time I checked it seemed to be around 2,550 psi, but that’s too rough to go by. Besides, it’ll be a different number on each different pressure gauge you use, so the number doesn’t really matter that much. You’ll have to find the number on your own fill gauge. If you do what I do in this test, you’ll find everything you need.

A big point
I’d like to stop here and mention that at no time have I brought a chronograph into today’s test. I did chrono the gun some back in Part 3, but that was before I knew how well it was going to perform at distance. Since there’s so much to do, I decided to set the chronograph aside until I find the best performance at 50 yards, then I’ll chrono just that. For those who own PCP guns but don’t yet own chronographs, this is something you should think about. It doesn’t matter how fast the pellets are going if they aren’t hitting anything, so find your most accurate pellets first and then chronograph them.

Something else
Knowing that the gun grouped 5 shots very tight with these two pellets, I tried a couple times to find the exact fill point for stopping to shoot 5 good shots. I could then shoot my 5 and refill for 5 more good shots. The ideal stopping point is located somewhere below 2,700 psi when the gun is set on power setting eight and shooting JSB Exact Kings or Benjamin domes, but I didn’t find the exact spot yet. When I shot the groups shown above, I had to shoot the first couple shots at a different target until the shots stabilized. Therefore, the number of good shots is greater than 5, since at least one shot and perhaps two were thrown away as I let the gun climb into the power curve.

I also tried shooting all the pellets, including Kodiaks, at power settings nine, ten and six. Those settings were not as good as setting eight when I filled to 2,700 psi. 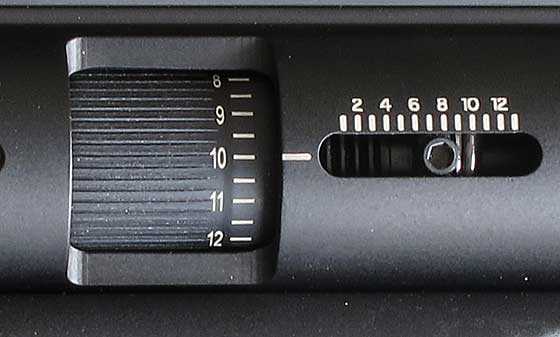 This is the TalonP power adjuster I mention in the report. It appears to be set just under eight, as indicated by the center of the hex screw in the oval window. Forget the numbers on the wheel. Until you find the right setting in the oval window, they will just confuse you, and they aren’t that precise.

What’s next?
I now know the two best pellets for this gun. I have a rough idea of where the optimum power curve is located, so I won’t have to hunt for it as much next time. Also, John McCaslin has shown me a better way to mount my scope so I get a more positive spot weld (locating the cheek at exactly the same place every time so the maximum parallax is cancelled), and that may help me shoot the TalonP even better.

Here’s what I know so far. This “pistol” is the most accurate .25-caliber airgun I have yet tested. And I have one 50-yard group that’s the best I’ve shot to date with any airgun. That old one was five shots from a SCAN at 40 yards. There’s a heck of a lot of potential here. I can’t wait to get back to the range to try out all this new stuff! 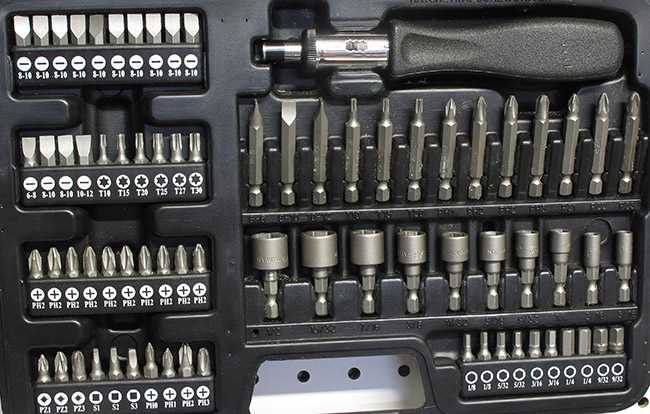 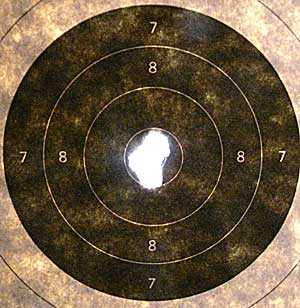