How does rifling twist rate affect velocity and/or accuracy? Part 4 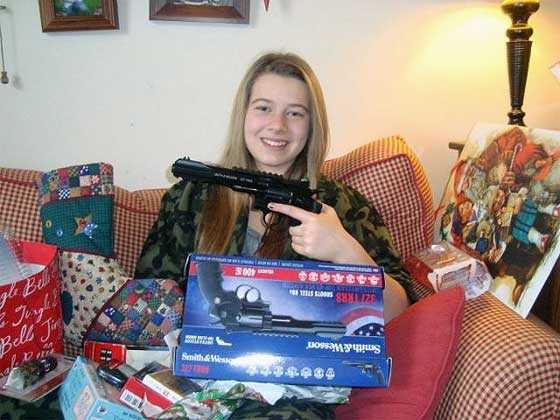 Bill Cardill is the Big Shot of the Week on Pyramyd Air’s facebook page.

This could also be called the Twist-Rate Test. It’s a look at how different rifling twist rates affect both velocity and accuracy. The standard smallbore airgun twist rate has been one turn in 16 inches for all 4 calibers since the beginning of modern rifled airguns in 1905, and there’s been no published test that looked at any other rate. So, this is a first look at how different twist rates can affect an airgun pellet in flight.

I’ve selected an AirForce Talon SS rifle in .22 caliber as a testbed because changing the barrels is a 5-minute operation. I’m able to shoot every pellet in each barrel using the same basic powerplant. Because the Talon SS has adjustable power, I can adjust the power to different levels for each barrel and pellet and keep the test conditions constant.

A quick look
Today’s report is a summary of what’s been learned so far. I’ve tested the factory barrel and two experimental barrels with different twist rates. The test has been at three different power levels with two different pellets. While that all sounds simple, it gets complex quite fast; and this report is needed to put things into perspective for everyone.

I will not talk about percentages, nor will I show graphs that overlay one barrel against the others because, frankly, I haven’t done enough testing to support such a presentation. In the world of testing, what I’ve done is called a quick look — which means I ran a small test just to see how the data would play out. Any gross trends should be visible, but a lot of the data will remain hidden until more tests are done.

Proof of concept
The easy way to think of this is to think like an experimenter who wants to find out how well something works. Let’s take Melvin Johnson, the inventor of the model 1941 Johnson Automatic Rifle. He had an idea that he wasn’t sure would work, so he spent $300 of his own (borrowed) money to have a machine shop build a testbed. It wasn’t a gun — it was just an action and barrel. He tied it down and fired it from several feet away with a lanyard. All it did was show him that the idea was sound and workable. Today, this is called a proof-of-concept model.

And that’s what our two test barrels are — proof-of-concept barrels. They’ll tell us generally what the two non-standard twist rates (1:12″ and 1:22″) do relative to the factory Lothar Walther barrel that has a 1:16″ twist rate. If the results are wildly different, then we’ll know what direction our next tests should take. But we didn’t get wildly different test results. Let’s see what happened and speculate on what it means.

Two pellets and three power settings
I shot each pellet at three different power settings in each barrel. Before I get into a discussion of how things went, I want to caution you that every time I run this test the numbers are going to be different. You might think if that’s the case then why test at all. Well, although the numbers are different, they are still very close to each other.

So, we’re NOT looking for absolutes in this test. We’re looking for gross TRENDS. And I think we found some!

Fact 1. At power setting zero, the slower twist rate (1:22″) gives faster velocity
This is true for both pellets. As the twist rate slowed down (going from a fast 1:12″ to a slow 1:22″ rate), the average velocity increased EVERY TIME. Premiers went from an average 452 f.p.s. to 534 f.p.s. as the twist rate slowed down. JSB Exact 15.9-grain domes went from an average 434 f.p.s. to an average 521 f.p.s. But the factory barrel generally had the better velocity spreads. Not in all cases, but in most of them. While the factory twist rate is not as fast as a 1:22″ twist on power setting zero, it’s more stable.

This tells us that the faster twist rate does cause the pellet to slow down, as many people predicted. They often call it frictional loss, and I suppose that’s as good an explanation as any.

The other thing I want to say is that the Talon SS isn’t as stable at zero power as it is at higher levels. It wasn’t designed to be run at zero power, even though it is possible. The thinking is that if shooters are running at zero power they are either plinking ot shooting at targets that are very close. Either way, velocity stability doesn’t matter as much as it does on the higher power levels.

The same thing happened with the JSB Exact 15.9-grain dome, only the velocities were slower than with the Premiers.

What this tells us is the same thing the first fact told us: As the twist rate slows down, the rifle becomes more efficient.

And that would suggest several things. First and most important, that a slower twist rate will conserve air when all other things remain the same. The fact that I can get nearly the top velocity on power setting 6 means I can get a few extra shots per fill when using the slow-twist barrel.

Fact 3. The rifle gets the tightest velocity spreads at the highest power setting
This is generally true with all three barrels tested, though there was one anomaly. The 1:22″ barrel did have a tighter velocity spread on setting 6 than on setting 10 when the Premier pellet was tested. But the difference is only 3 f.p.s., and might just as easily have been reversed in a second test.

But the general trend for the velocity spread to tighten as the power is increased held for all three barrels and is probably a trend that will repeat with other pellets and at other power settings.

This trend doesn’t tell us as much about the barrels as it does about the rifle. It indicates that the Talon SS becomes more stable at the higher power settings — regardless of the twist rate. It does, however, make the next fact stand out.

So, the Talon SS develops its maximum power with these two pellets around power setting 6 when the 1:22″ barrel is used.

What does it all mean?
Given these gross trends, what can we take away from the testing that has been done to this point — if anything? I think it’s obvious that the gun is more efficient when the 1:22″ barrel is installed. However, I also want to note that all three barrels converged at power setting 10. None of the barrels were superior, as long as that power setting was used. But on power setting 6, the 1:22″ barrel is superior from the standpoint of velocity, alone.

If I can operate the Talon SS on power setting 6 and get max power, then I can probably get a couple more shots per fill of air before the gun falls off the pressure curve. Of course, that’s only speculation until I test it.

If the 1:22″ barrel were also more accurate than the factory barrel and the 1:12″ barrel, then we would have a great finding. I would also need to test the rifle with heavier and lighter pellets, to see if the trend continued. Or, is the factory barrel with its 1:16″ twist rate the best all-around compromise?

As I said in the beginning of this report, this is a huge test, and one that has never been published before. The goal is to learn more about how the rifling twist rate affects the performance of the pellet. I’m hoping that these trends we see today will continue as the testing continues, and we will at some point be able to make some educated assumptions about airgun barrel twist rates and their association with performance. 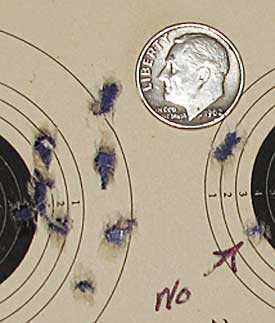 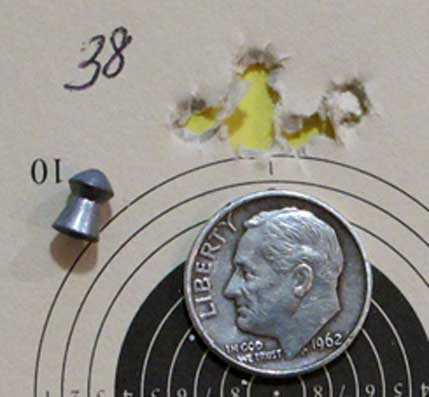